Imran Khan had promised to turn Pakistan's PM House into a university. It's now a wedding venue. What explains this?

Pakistan is going through a really difficult time, y’all.

Their economy is struggling — and it looks like Pakistani PM Imran Khan has been hit the hardest.

Just recently, Imran Khan visited America, to beg ask for financial aid and even met US President Donald Trump for the same. That Imran Khan and his government are going through a severe cash crunch was pretty evident because the man had to take a cheap commercial flight to the US.

Now, if reports are to be believed, a desperate Imran Khan has apparently started renting out his house for weddings.

Don’t believe me? Have a look at this wedding invite. For the uninitiated, Imran Khan had promised in his election manifesto that he was going to turn his house into a university — which makes this move all the more surprising. Of course, people online were quick to call out Khan for the same.

Imran khan failed to make PM House into a library but now PM house is bring used as wedding avenue by Brigadier Cheema. IK and all other Madinah Ki Riyasat group attended wedding which has cost 9 million Rupees paid by the suffering public. Welcome to Naya Pakistan pic.twitter.com/7gfG7FtU7s

As bad as any previous use of PM House for marriages. As a matter if fact its worse this time since PTI came riding on tall claims of good governance and not to abuse privileges from State.

Brigadier Waseem's( PA to the PM of Pakistan) daughters wedding was held in the Prime Minister house.What a shame???Austerity drive only for civilians?? pic.twitter.com/d1NWb6ur0Z

What’s more, with a little thought, Imran Khan can give wedding planners in Pakistan a run for their money. If he rents out his house at a certain amount, he can also agree to perform at the wedding and do a dance number for a little bit more. For double the amount, he can agree to make a guest appearance, sit down, have a cold drink... oh, wait! That’s probably just what he did! 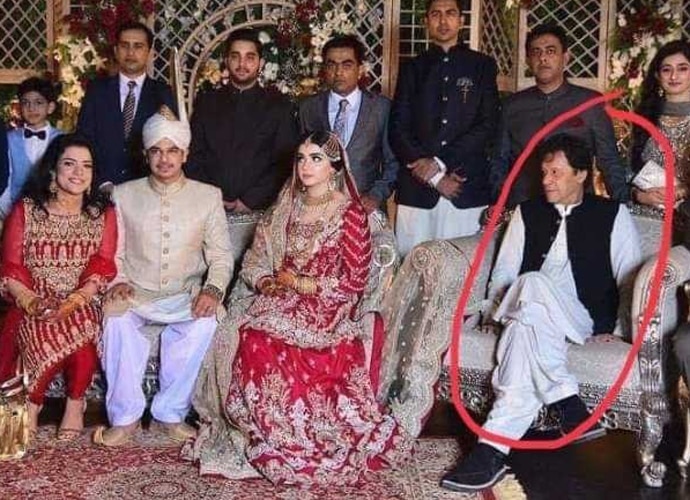 Dinner is served: Imran Khan made a surprise appearance at the wedding — and probably had dinner too. (Photo: India Today)

So, while it might seem like Imran Khan gatecrashed the wedding at his own house as he was seen sitting awkwardly with the dulha, dulhan and family, we now know what might have actually happened.

And it's really win-win for all. I mean, if I was running short of money and had rented my house out for a wedding, I would also save money on dinner by simply taking some food from the wedding. Who knows if Imran had the same thing on his mind?

But there are a lot of burning questions on my mind — was Imran Khan present throughout the wedding? If yes, did he greet all the guests present there? Did he help hold the gifts? Did he offer to drive the groom back home? Did he open the door to welcome Brigadier Sahab? Too many questions — hardly any answers. 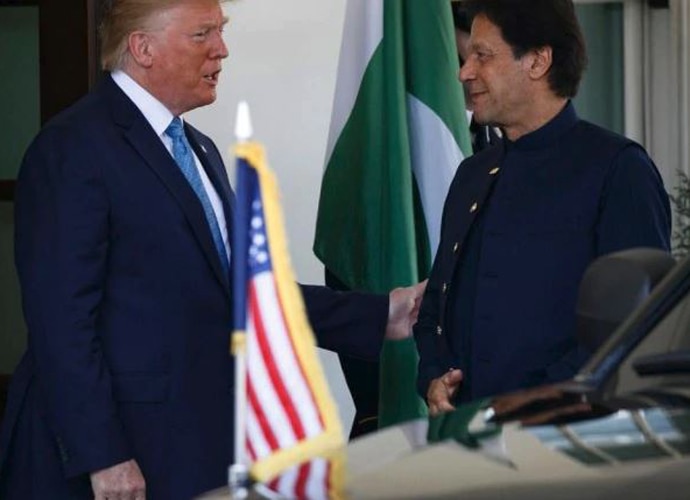 'I like Imran. He's so easy to patronise'. (Photo: India Today)

Before y’all accuse me of being petty and shallow for making fun of someone’s financial condition, please know that it is the Prime Minister of Pakistan that we are talking about, not an average Pakistani. He is the most powerful man in Pakistan and if he is finding it difficult to keep body and soul together, one can only imagine what the rest of the country is going through.

In 2018, Imran Khan had promised to establish Islamabad Central University at his house.

It’s 2019 and he is reportedly organising shaadis at his house.

Perhaps Imran Khan has finally realised that he could make more money organising functions than working as PM of Pakistan. And have more fun too.

Recently, Article 370 was repealed and we Indians were expecting Imran to be all angry about it. But it looks like the man already has too much to worry about — so, let’s leave him alone and let him plan parties while he still can.

(By the way, Mr Khan, my mom wanted to plan a kitty party in August, you know, thora showy-type ka, and I wanted to ask you — could we rent your house for the same?)

Also Read: With Article 370, I too revoke my hate: For three decades, I suffered as a Kashmiri Pandit woman. That stops today