But for the odd gold in hockey or an intermittent dream-run in cricket — guided more by the hand of fate than consistently above par performance — India’s sportsmanship is abysmally disappointing and many a time, even lower than that of tiny nations like Grenada, Lichtenstein or Aruba. And outside of cricket — maybe hockey a little; perhaps, some wrestling, and a shot of tennis — our name is conspicuous by its absence in most other sporting events. Oh, I get it! Those are developed nations and India is doomed to carry on the "developing country" tag for another hundred years or so.

But wait, even the hard-to-locate-on-the-map countries — much smaller in size, with not as promisingly brighter prospects for the future and with a miniscule population — have been doing better than us. Countries like Estonia, Cuba, Serbia, Kenya, Belarus, Ethiopia, Azerbaijan, The Dominican Republic and the like have been putting our 1.3 billion heads to collective shame, event after international event.

It is not that we lack sportsmen and women with ambition, talent, zeal, zest, determination, the killer instinct and an indefatigable spirit.

If we take into account the incredible stories of individual heroism and the remarkably astounding rising above gravest of grave odds, then tomes can be written on what a person can achieve despite forces working hard to subdue, subjugate, smother and suppress them.

In typical crab mentality, we Indians keep the machinery of pulling anybody with merit and aspirations down, well-oiled and working overtime. Yet, there are stars like Dhyan Chand, Milkha Singh in the past or the Phogat sisters, Hima Das, Manika Batra, Mirabai Chanu, Rahi Sarnobat, Jitu Rai, Yogeshwar Dutt, Seema Punia, Mary Kom, Rahul Aware, Arpinder Singh, Manjit Singh in more recent times, who rise up and beyond, breaking all shackles that the country, the society and their countrymen tie them down with.

There is such a strong culture of corruption and prevalence of collective — government and bureaucratic — apathy towards Indians who may have even the slightest interest in sports, that we unfailingly continue to perform lower than most sporting nations.

It was during my 2003 Australia visit that I first noticed a multi-level car parking facility in Perth.  I thought to myself, how groundbreaking it would be for India. Yet much before that, and year after year post that, our politicians and bureaucrats have been taking expensive — billed to the State exchequer and therefore our pockets — junkets to countries abroad in order to study just what is it that they do right to produce winning sportspeople, systems that are conducive for the countrymen, technology that actually works, infrastructure that stays on for a length of time and does not fall and crumble with each change of season.

And in spite of the exorbitant foreign trips we carry on being ignorant and none the wiser.

Like in most areas, in sports too, we are perpetually embittered and disillusioned due to lack of decent infrastructure, facilities, opportunities, and are strapped with such god-forsakenly poor and corrupt fund allocation and disbursement ensuring that our status quo remains the same.

Joseph de Maistre, the most visionary of France's early counterrevolutionaries, once said, “Every nation gets the government it deserves.” And this is true for India than any other country, what with the common mindset of us, the people of India, our elected leaders and selected bureaucrats.

Beset in our strange, uniquely Indian, and counterproductive ways and thought processes, we carry on taking one step forward and two backward. With this game-plan entrenched in our psyche, individual and societal behaviour, there are some sports we actually do excel in.

Here’s a list of sports where we can, forget about just gold, win a diamond or a platinum medal if there is one:

1) Wrestling: More the freestyle kind that a lot of Indians indulge in, while mounting and alighting metros, buses, trains, planes. Also seen at malls, halls and bazaars. 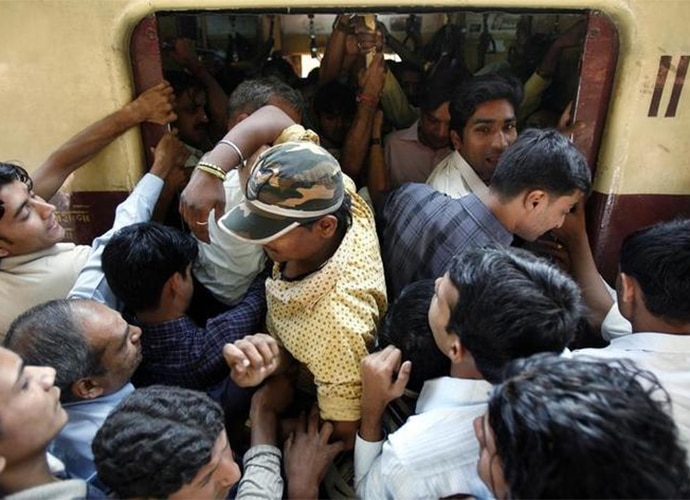 Who can wrestle better than Indians travelling on public transport every day? (Photo: Reuters)

2) Archery: For chucking garbage into designated and non-designated places. Special events and awards for those who excel at aiming from moving vehicles.

3) Athletics: With rising cases in chain, wallet, laptop, mobiles snatching, the sporty-spirits engaged in such activities most definitely have world class training.

4) Badminton: Barring the isolated genius of a Nehwal here and a Sindhu there, we as a species excel in putting the ball (or cock; pun intended) in the other court.

5) Swimming (with special attention to breast stroke): Shown by the overzealously cumulative male interest in any skin showing by Indian or foreign women and the pronounced Indian male fetish for the female breast. As a female of the species, get into a crowded transport or area and personally experience how adept Indian men are at breaststroke.

6) Steeplechase: A common man’s delight, each time he has to get to work on time, get an emergency patient past the hospital gate to the OT, or take a pregnant wife to the OB-GYN just as a VIP cavalcade is passing by.

7) Shooting: This one has a special significance for the subcontinent. Getting away from the traditional game, we in India and the subcontinent practice this fine game by spitting into potholes, wall corners and lamp posts. Also Indian men, at large, seem to need more practice in shooting their own piss into the man piss pot (as men themselves admit) and on trees and boundary walls (barring those with Hindu Gods’ tiles plastered on them).

8) Rhythmic Gymnastics: Depicted admirably while dancing, stooping, bending backwards to the tune of our modern day lords and masters.

9) Boxing: God alone knows if we need anything less to wriggle our way out of packed-like-sardines public transport.

10) Cycling: Not just to get away from becoming the World Diabetic Capital, but also because very soon the roads will be taken over by potholes and Venice-like canals on main roads and highways; some even in the shape of the map of India, as delightful WhatsApp shares will let us know.

11) Water Polo: As the current monsoon (and many monsoons before this) has demonstrated, our main roads and the arterial ones in several cities are naturally ready to host this grand sport, as a special shout back to our royal past.

12) Rowing: We are perpetually in a “row” with neighbours, the system, policy implementers, our own family, the other religion, other man’s politics and their life. What’s more, cross-border (real or fabricated) rows keep all our political parties busy with little else to accomplish. 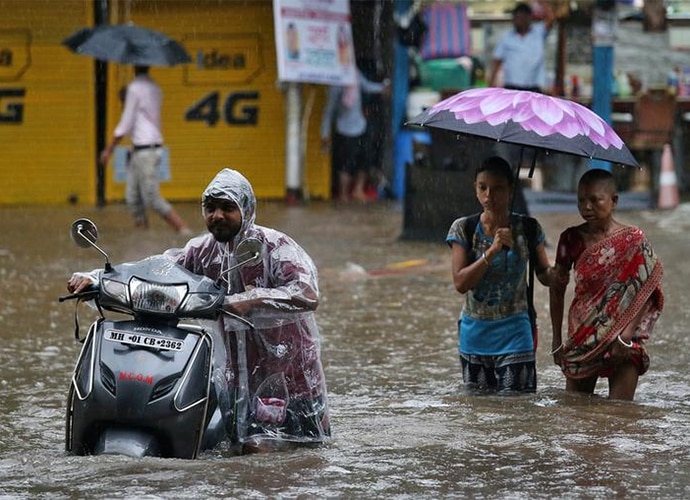 13) Relay race: For all the multitude of hands the money (or palm grease, if you will) and favours change, all in a day’s life.

14) Fencing: This refers to not only the figurative poking of people around with the sharp edge of the fence but actually involves one’s personal fenced area used at free will to encroach upon the other man’s (or the public / government) land.

15) Handball: I almost didn’t write about it; but it is such a rampant practice that I just had to include it in. Seen prolifically in public areas, on buses, behind office desks and practiced solely by men on their own body part.

16) Surfing: While Sweden is cutting down its work day to six sharp hours and prohibiting any kind of social media surfing during work hours, we on the other hand, in India, are increasingly spending more hours in office, but half of them surfing the net for personal entertainment. What’s worse, we have taken the nasty habit into the Parliament as well; and there in its haloed precincts for primal pleasures.

17) Basque pelota: The Indian Sports Minister, in a rare expression of empathy, should call for a revival of this game played officially only in the 1900 Olympics. Given the number of times we ourselves and our documents are tossed against the bureaucratic wall, we seem to have a natural predilection towards the sport.

18) Tug-of-War: Between our general demands and the crippled supply; between our expectations and the lack of deliverables from those who ought to deliver; between what is and what should be; between the haves and have-nots; between the public and the politicians; between our rights and duties; between the fact of life and our faiths; between life and the difficult cost of living. We definitely would be medal winners here.

19) Rappelling: While climbing is, apparently, coming up in Summer Olympics of 2020; we back home have been excelling at our homegrown version of rappelling for years — each time we take an onerous, uphill task and then attempt to make it easy by kissing the rear end of the guy on top and kicking the head of one at the bottom.

While we, the general India and our ruling bunch of voted pack of some-deserving but mostly undeserving political fiefdom, engage in this abysmal juggernaut, may the truly meritorious and zealous continue to dream, train, perform and win; in spite of all of us!

Also read: Why we are so glad that 150 men took a holy dip to get rid of 'toxic feminism'