Poor, poor Pakistan: From getting crushed in cricket to live-streaming ministers with cat filter, our neighbour is having a week from hell

And, not to be left behind, their (in)famous minister Fawad Chaudhry apparently even slapped a journalist. Is it the heat? Or something else that's making the padosi mulk lose it?

Pakistan is going through a tough time, y’all. Their former President got arrested, they live-streamed a government session with a cat filter on and they lost — terribly — their World Cup match with India. All this, in just a span of one week.

They say having a good sense of humour during tough times can be of great help — but humour can only do so much. When such humungous tragedies occur in such a short span of time, even the strongest spirits break. Pakistan, if I were you, I would have stopped trying a long time back. Kudos to you and your determination for still trying to make things work, or at least, to laugh while everything falls apart, but I hope you know that you are making complete fools of yourselves.

For starters, Asif Ali Zardari, Pakistan’s former President, got arrested on charges of financial scams. This made the entire world wonder just why so many Pakistani PMs and Prime Ministers have had such run-ins with the law, ending up squarely in jail. Locked up and how! Asif Ali Zardari is allegedly involved in a high-profile financial scandal. (Source: India Today)

But it didn’t stop there. Pakistan Minister for Science and Technoogy (no less) Fawad Chaudhry, in a debacle which seems like it was straight out of the animal kingdom, actually slapped senior Pakistani anchor Sami Ibrahim. Now we have heard that television debates in India have taken an ugly turn on several occasions; but to our credit, never has any Indian Minister, no matter how overbearing they may be, raised their hand on a journalist. The altercation reportedly took place at a wedding where Ibrahim accused Chaudhry of conspiring against the PM Imran Khan. Chaudhry in turn reportedly accused Ibrahim of blackmailing him and then apparently slapped the journalist, who has now, it is said, decided to take legal action against Chaudhry.

Phew! I feel so exhausted, just explaining the whole ‘he said-she said’ deal. Truth be told, there are a lot of people in Pakistan who deserve to get slapped — choices can range from the mighty Imran Khan to tinpot terrorists like Masood Azhar or all its mega-corrupt politicians — but slapping journalists is downright unacceptable. What an uncouth youth! How about managing your hands better, Mr. F. Chaudhry? (Source: India Today)

Slapping someone is downright barbaric. And for a democratically elected lawmaker, a high-placed minister and famed politician to do sp is a shocking new low — even by the rather low standards of Pakistani TV debates.

But that is not even enough. Just a few days later, Imran Khan’s party live-streamed a government meet on Facebook — using a cat filter! This move gave the Internet purrrrrfect laughs and Twitter had a field day!

According to KP government’s social media team we now have a cat in the cabinet #Filter pic.twitter.com/LNl7zwOfLU

Again, don’t get me wrong — we all mess up on social media at times. But the fact remains that Pakistani politicians are not taken seriously, even without the cat filter.

We can’t say for sure if a hapless intern is getting fired over this mishap, but I am sure the blunder would have made the party members very, very angry. Meowww! 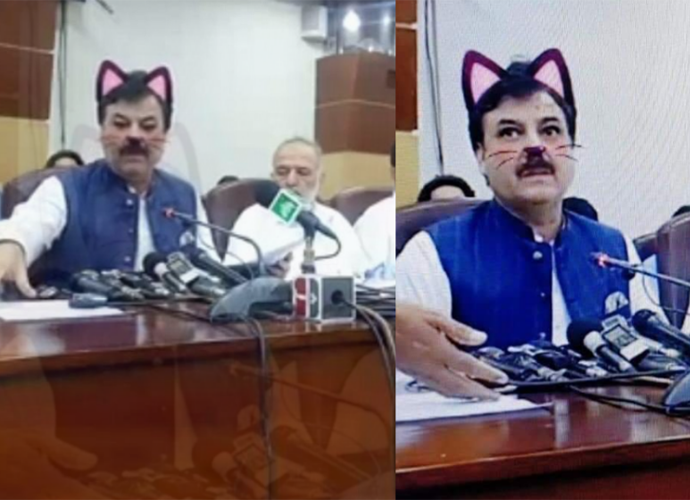 One can only thank heaven that the gender-bender filter wasn’t used during live stream — else, we'd have gotten a glimpse of the men at the party meet in female avatar. But that would be good on some level actually. It would at least give the live-stream watchers an impression that there are some women leaders in the party, however untrue it may be.

This brings us to the World Cup match played yesterday. What can we say to soothe Pakistanis' agony? What can you say about such a bone-crushing, spirit-numbing, agonising defeat as the one Virat Kohli and his warriors inflicted on the men in green? No words could possibly act as balm on a wound as deep as this. 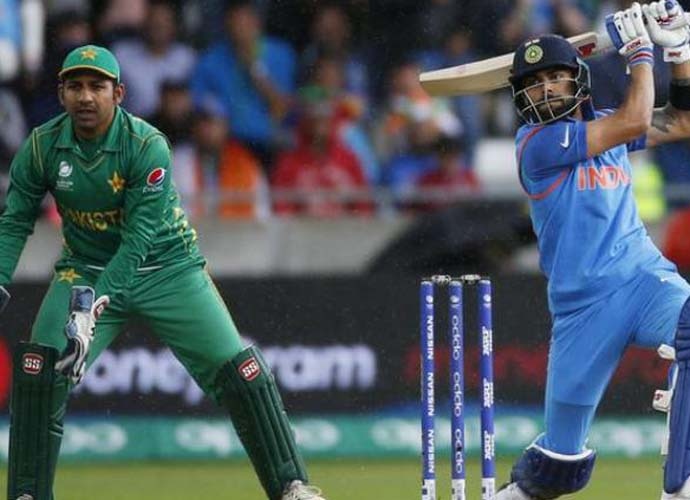 Kidhar dekhun? That awkward moment when even the rain can’t save you. (Source: India Today)

To sum it up, clearly, this is probably the hardest week ever for the Pakistanis (after the last week of February 2019, obviously).

So, as good neighbours, let's be a bit charitable folks. Let's keep Pakistan in our thoughts and prayers a bit.

They really need it.

#India vs Pakistan, #Pakistani anchor slapped on live tv, #Pakistan live stream with cat filter, #India vs pakistan winner
The views and opinions expressed in this article are those of the authors and do not necessarily reflect the official policy or position of DailyO.in or the India Today Group. The writers are solely responsible for any claims arising out of the contents of this article.