After being criticised from all quarters, better sense seems to have prevailed.

After India’s defeat in the second Test to South Africa, even the most loyal of fans have lashed out at the Indian team and its string of follies – not least, the lack of practice matches before the Test series began.

There is a belief in some quarters that even if the captain did not deem it fit to play in the warm ups, he should have at least had his vice-captain, Ajinkya Rahane, play in them. How else could they know for sure that Rahane’s lack of form at home had also translated into a lack of form overseas? 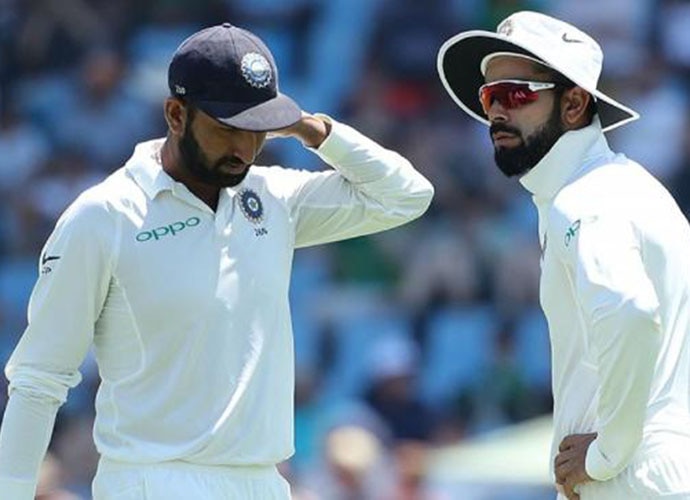 It has now been learnt that an Indian XI captained by Ajinkya Rahane is indeed playing a warm up match. Rahane for some reason is referring to it as an "out in the cold match". As for Virat Kohli, he has decided to walk in Rahane’s shoes and carry drinks – “before the Test match, Ravi (Shastri) felt that we need to give as good as we have got and for that, I was made the vice-captain before the warm up game and then benched – I have also been asked to adjust the sightscreen when Rohit (Sharma) comes out to bat, to feel some of Jinx’s (Rahane’s) angst – his predicament has not been an enviable one but truth be told, his form back home was so… y’kno what I mean… that we were thinking of cancelling his air ticket and saving the BCCI some cash. But Ravi told me, they’re sitting on mountains of cash and why make a molehill out… y’kno how Ravi loves his clichés…” Where or how this practice match has been played isn’t exactly clear but photographs taken by a drone have revealed that it is in a private safari resort somewhere in Northern South Africa. Shastri is believed to be worried about the lack of "animal instinct" and "killer instinct" of the team – and therefore what better way than to “throw the team to the lions quite literally”. When contacted on the phone to confirm the photographs, Shastri made a lame attempt at a joke, “I’m feeling very cage(y)… sorry, you’ll have to excuse me this once”.

Not wanting to be excused, Virat Kohli came on the line and divulged details of India’s winning home season, not for the first time. Kohli reiterated that two defeats do not make this necessarily a bad team. Instead it made it a very bad team in the eyes of certain Indian journalists who have never played a competitive match in their life, either home or overseas. Kohli was also of the opinion that the press needs to play competitive cricket just as the Indian team management needs to do a course in the finer nuances of journalism. “It is only then will we be able to appreciate how difficult these tours are for both of us", reiterating his "madness to win overseas” point yet again.

A major concern in the previous Test was Cheteshwar Pujara’s running between the wickets. After being run out in both innings (and it appears a few times in the nets as well), drills with the fierce, man-eating Havanku Bhooka tribe are underway. Shastri wants Pujara to “run as if his life depends on it”. Drone videos, however, revealed that in spite of his best efforts, the Bhooka tribesmen caught up with Pujara and only a straight bat saved India’s No 3 from the clutches of the cannibals. Shastri shared a selfie with Pujara and the cannibals on social media with the caption, “Food for thought".

It’s uncertain whether these weird drills will accomplish anything but the war-paint on players’ faces has somewhat lightened the mood. Though removing the war-paint is proving quite worrisome. Hardik Pandya who has taken to mixing with various ethnic tribes has become a hair guru of sorts with them.

To wrap up their warm up session, the Indian team watched The Gods must be crazy*. BCCI had swung a sponsorship with a Cola company for an undisclosed sum for the film screening. Shastri described the film as, “WILD but equally refreshing!”.

*The Gods must be crazy (synopsis) - A Coca-Cola bottle dropped from an airplane raises havoc among a normally peaceful tribe of African bushmen who believe it to be a utensil of the gods.

Also read: Why was this Indian team made to rush in like fools?