Getting married is a big deal in India, probably second only to buying a house, and a close third would be finding a clean public toilet.

I was at this wedding reception the other night somewhere near Gurgaon. A fancy place, they had multiple wedding parties happening there. Quite normal, I suppose.

I gave my car to the valet, feeling a bit out of place because I drive a WagonR, the entry-level car of choice for all cab aggregators. I mean, I often get stopped on the Delhi borders by the goonda-like tax collectors because of my car and my "average man-like" face.

Anyway, I took the escalator to enter the venue of the reception. To my surprise, there was nothing there as I stepped indoors on the first floor, rather it was just a beautifully decorated lounge with a couple of places to sit. It gave the impression that I was at the wrong place, but a closer look made me realise that this is how they actually intended the guests to come. I saw a spiralling staircase going down on the other side. 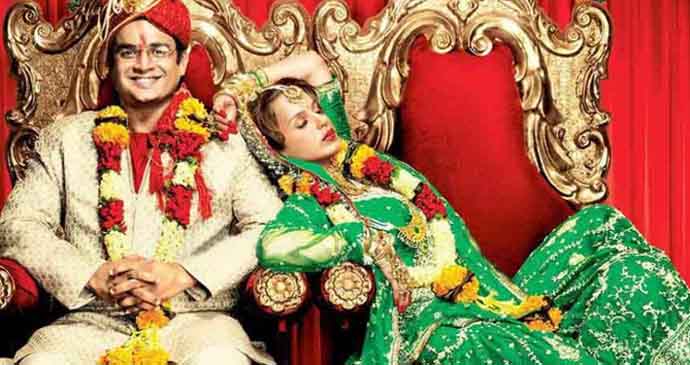 As I started walking down, overlooking the main venue where I could see guests chit-chatting around, the couple greeting a never-ending line of guests, food counters on one side and a small orchestra band playing live music. I felt like a king. And I thought to myself, boss, this is so grand. And so avoidable.

Tch, tch! What a waste of a hell lot of a money!

Getting married is a big deal in India. It’s probably second only to buying your own house. A close third would be finding a clean public toilet.

It’s apparently the best day of parents' life to see their kids getting married. These parents actually spend their life's earning on that one night which sees them fighting hijras, bargaining with the head waiter over the tip, controlling their drunk relatives who’ve moved the car-o-bar inside the venue and managing the traffic during the baraat if it’s their son who’s getting married.

And I don’t even want to get into the details of a daughter getting married. I mean, I could write a full movie script on the perils of getting a daughter married in our country and call it "Finding Dowry".

It’s amazing how a family that’s never spent more than Rs 800 on a meal outside or travelled beyond Mahabaleshwar/Mysore/Mussoorie /Digha (depending on where they live) end up spending upwards of Rs 40 lakh-50 lakh on a single night. Heck, I could probably quit my corporate job and retire early and open up a cafe in Himachal Pradesh with that amount of money and live the rest of my life in peace.

And this is where the problem lies. No, not the fact that people spend lakhs and crores of money just on a single night, but how today’s "woke" junta feels entitled to judge them for their choices.

I can’t imagine spending an obnoxious amount like this on a single night - I got married in a temple during the day with a 100-odd people (by the way, the best wedding I ever attended).

Not to say that I wouldn’t have had a slightly bigger wedding ceremony had I been a lot richer, but my wife and I collectively decided to rather spend whatever little we had on a nice honeymoon than feeding people we could barely tolerate.

But what gives us the right to pass judgement on so many who spend a lot on weddings when we ourselves eat four meals a week outside, drink LIITs all weekend, spend lakhs on a "Euro trip", buy cars we don’t need, and pay for memberships at gyms we don’t visit?

And then we take the high road when it comes to getting married and say crap like “oh I’m going to get married in a court, man and treat people to matar kulcha, bro”. Or, "Dude, it’s all a waste, man, just go to Thailand-Vietnam-Cambodia and have an experience of a lifetime".

Who’s to say whose experience is richer - the couple who felt great getting married in a lavish ceremony or a couple who chose a court marriage over a fancy wedding, but went to Iceland for their honeymoon?

Most people I know have willingly spent upwards of Rs 50 lakh for their wedding and ended up going to Vaishno Devi for their honeymoon. I’d definitely choose "small wedding plus Iceland" over a "fancy wedding plus Vaishno Devi", unless the wedding is in Iceland. That would have been cool. Zero guests and epic weather.

I also understand that most of these people who I’m referring to make the majority population of the country. They have a typical mentality and will not think beyond the obvious. They question anyone and everyone who does things differently. But by being so judgemental for their choices, we stoop to their level.

Because isn’t it all relative? For us, it might be excess when someone spends a crore on a wedding but someone, somewhere must be thinking the same about us when we spend a mere lakh on a simple church/temple/masjid/gurudwara/court wedding.

Although I’m not trying to deny the societal pressures because of which the majority of the people end up having a lavish wedding. The golden rule of India comes into play here: Log kya kahenge?

That’s evil, and must stop.

But let’s be rational and not diss anyone and everyone who wishes to and has the capability to get married in Goa or Bali or Hawaii.

Also read: Nagin dance can break a marriage: This is why

#Dowry, #Bling, #India, #Lavish weddings
The views and opinions expressed in this article are those of the authors and do not necessarily reflect the official policy or position of DailyO.in or the India Today Group. The writers are solely responsible for any claims arising out of the contents of this article.

The writer is an ex-animator.