Lessons from Bollywood: Why the ‘Main Bhi Chowkidaar’ tattoo is a terrible idea!

With ‘Main bhi chowkidaar’ rising on the tattoo trends chart — and generating jobs for tattoo artists, the only jobs, quite possibly, generated in a long time — we’d like to draw our saffron brethren’s attention towards that important lesson from Bollywood. Ditch the tattoo. Do the locket. (Source: DailyO)

Matching tattoos have served mainly one function through history — reuniting estranged brothers after 20 years. These brothers have been known to lose their way in gigantic social gatherings — like, say, the Kumbh Mela — only to see each other in a pre-climax scene, and hug it out.

But then, the very same thing can be achieved with a locket too.

So why go through the pain, huh?

And now the cons. (Yup, that’s it for the pros, that’s all there was).

In reel life, ‘Mera baap chor hai’ stands for the pinnacle of all tattoo goof-ups. Granted Vijay had no say in that — but look at what he had to live with all his life!

And the angst that led to that forever stiffened face is just unbearable!

Much like the ‘Mera baap chor hai’ tattoo, the ‘Main bhi chowkidaar’ tattoo is a lie too.

Vijay’s dad was not a chor.

The one who inspired your tattoo is not a chowkidaar either.

You’re assuming you’re a chowkidaar, too.

Is it really worth it? Nope.

In real life, tattoos have always made news for the wrong reasons.

Because, if there’s anything constant in India, it is Shah Rukh Khan — with his spread arms, those come-hither eyes and that dimple! Now, Dippy is married to Ranveer Singh — in political terms, that's akin to changing parties (just ask Vikhe Patil)! She may even choose to remove that tattoo, but will she ever be able to laser out the memes already generated and in circulation in tweetverse?

Then, there was Hrithik Roshan and Sussanne Khan’s couple-tattoo — a little star just behind their wrists, denoting the star that guides each of them. But then, they separated while the tattoos remained. Now, no matter the number of ‘family vacay’ they may go to, the Mahagathbandhan hasn’t worked — and we all know it. 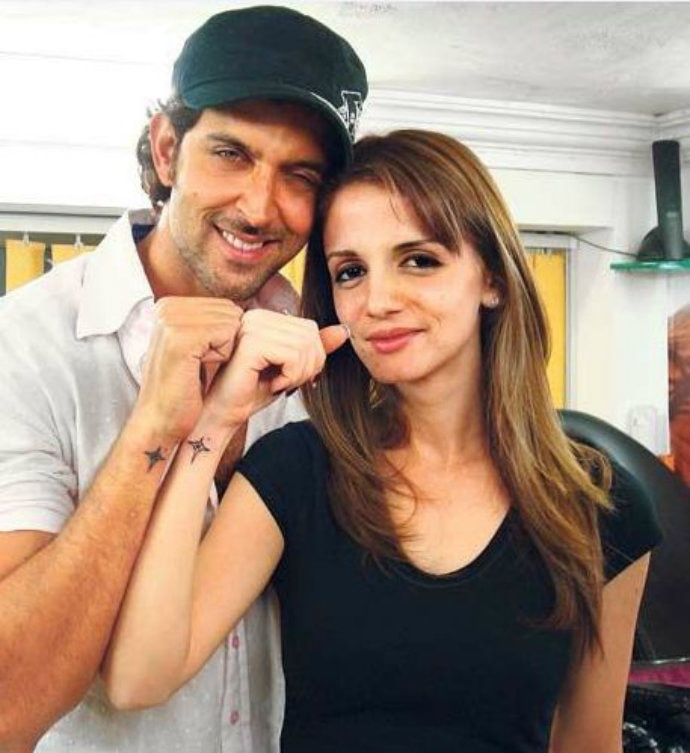 So, there. Stop, look and think before you ink. Remember, tweets can be deleted — not tattoos.

Even if this wins you the election, there’s always a possibility for the ‘chowkidaar’ to change professions and go back to being a ‘chaiwala.’

Stay safe (and get an SRK tattoo instead)!

#Chowkidar chor hai, #Amitabh Bachchan, #Ranbir Kapoor, #Deepika Padukone
The views and opinions expressed in this article are those of the authors and do not necessarily reflect the official policy or position of DailyO.in or the India Today Group. The writers are solely responsible for any claims arising out of the contents of this article.