Narendra Modi has arrived (again) and is now here to stay. PM Modi’s swearing-in ceremony is on 30 May. Who do you think should be there?

As it turns out, PM Modi is being a little like that uncle from Kal Ho Naa Ho, wonderfully played by Satish Shah, who is so big on pomp and show — like the screen character, our PM also loves grand events and everything he does has to have world leaders in individual presence to witness it. Remember when he invited former US President Barack Obama and first lady Michelle Obama to our Republic Day parade? What a day it was for us Indians!

I low-key hoped that Obama would later be holding the dhanush and shooting the arrow at Ravana during Dussehra celebrations that year — or that Xi Jinping would be playing garba at a Dandiya night at the very least, but that never happened.

Was it too much to expect? Maybe. But knowing fully that Modi Ji would want to have reputed guests around now, I’ve made a wish-list of all the dignitaries we’d like to see at Modi’s swearing-in ceremony, coming up this week: 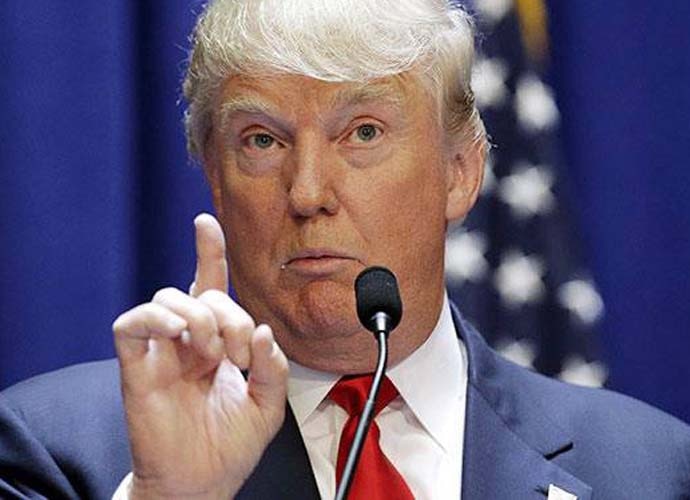 ‘Abki baar, Russian collusion’: Little did Trump know that his own election victory in 2016 would get such criticism! (Source: India Today)

Remember when President Donald Trump, while campaigning for the 2016 Presidential Elections, in his thick American accent, said ‘Abkibaar Trump Sarrcarr’? Yeah! Those were the days! Donald Trump was trying to woo Indians — while failing miserably at wooing Americans.

One can’t help but wonder if Trump couldn’t make it to the Republic Day celebrations, will he really be able to make it PM Modi’s swearing-in ceremony?

Well, if he does, the liberals are going to have a bigger meltdown than they did on Election Results Day!

Before you call me a deshdrohi for thinking of inviting over the Pakistani PM, hear me out! Imran Khan was reportedly elated at the fact that Modi won the elections and even congratulated him. Inviting him doesn’t sound like a bad deal, after all, Imran Khan watching Modi being sworn in as India's PM for the next five years is like Khan watching himself implode — he knows now that he can’t possibly mess with India till 2024, without risking Pakistan’s total destruction. Bromance ho toh aisa! We can't wait for Modi and Putin to reunite at the swearing-in ceremony. (Source: India Today)

Putin is to Modi what MC Sher was to Murad in Gully Boy. In my head, they’re like brothers from another mother. Given their ever-growing bromance, I won’t be surprised if the two go for drinks later. Jal jeera for our PM, please!

Unlikely as it may sound, Xi Jinping is likely to be invited for Modi’s swearing-in. I remember when I was a kid, I only went to a party when my best friend was invited too. So, Mr Xi Jinping, since Imran Khan may juuust be there, why don’t you show up too? Maybe you two can also go for drinks later? (We only hope you don’t run into Modi and Putin though).

President of the Congress party (that is, if he doesn’t resign) Rahul Gandhi Rahul Gandhi might look like a misfit in this guest list, which mostly features Presidents and Prime Ministers of important nations. But then again, he often looks like a misfit in Indian politics. If he is around Rashtrapati Bhawan, maybe he can show up at the ceremony too.

And if he runs into Smriti Irani, he can congratulate her for winning Amethi, this time, in person. Poetic justice? You bet!

With such reputed guests possibly, likely, hopefully showing up at Modi’s swearing ceremony, it will indeed be a grand affair.

I don’t know about you, but I'm waiting with bated breath!

(Which, given Delhi's air, is not difficult to do).

Also Read: Cheer up, Rahul ji! Why I think resigning should not be an option for Rahul Gandhi