RIP Padmavati. How to make Bollywood movies without hurting sentiments

It happened to Aamir Khan-starrer PK in 2014. Recently, Tamil star Vijay's Mersal got a taste of it. Now, it is the turn of Padmavati. All of them had to face angry protests, on social media and on the streets, by various groups for hurting sentiments. Even governments like to play this game. In fact, some of the state governments found themselves pitted against Padmavati.

Back in 2014, the government of Bangladesh protested against Gunday (2014) for misrepresenting the Bangladesh freedom struggle.

Clearly, moviemakers did not learn any lesson from the PK episode. History is repeating itself all over again. What is needed is a chapter on “how to make movies without hurting sentiments” to be included in the filmmaking guidebooks. Let us examine how movies can be made without any hint of malice. After all, why would moviemakers want to deliberately hurt sentiments?

Firstly, the title should be catchy, but should not create hard feelings. Remember that doctors protested against Kamal Haasan's Vasool Raja MBBS (Tamil remake of Munnabhai MBBS) deeply hurt by the title, which implied that doctors extort money.

Similar hurt sentiments and the Delhi High Court forced the makers of Ramleela (2013) to lengthen its title three-fold to Goliyon ki Rasleela: Ramleela. But a title like Bang Bang (2014) is a perfect example that will not hurt anyone. It is easy to create such neutral titles that seriously do not mean anything.

In fact, computers can do it. To be absolutely safe, titles can be numbers like 3 or Life of Pi. But overdoing this might invite the fury of mathematicians who dislike encroachments into their domain. 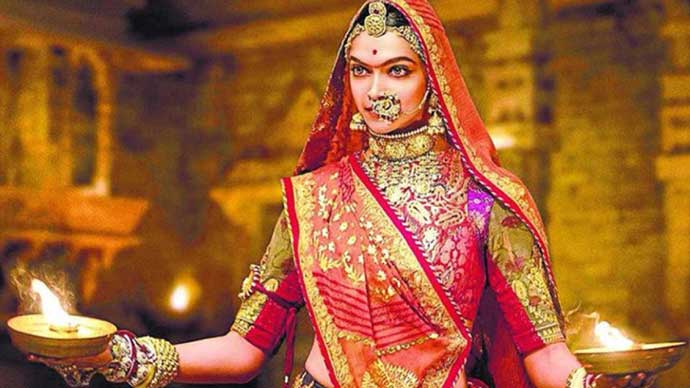 In the interest of gender equity, gender-neutral names should be preferred, lest feminists rise up in arms.

Once a harmless title is chosen, the focus should be on the main plot if there is one in the movie. Period movies should be avoided because even the descendants of little-known Indian ruler in the year 2BC might still be living among us.

They might protest at their ancestors being depicted in poor light. In 2008, Jodhaa Akbar had to face court battle for similar reasons. This does not mean that one gets a free hand when creating contemporary stories. Film experts will warn us that this is a veritable landmine. You are not sure who is hurt, from khap panchayats and moral brigade to professional bodies, and for what reason. But some general rules can be laid out.

Love stories must avoid protagonists hailing from different religions, castes, class, regions and same gender. Violating this principle has the potential to inflame various groups, even beyond our borders. One of the issues that derail India-Pakistan peace process is the portrayal of the cross-border love affair in Hindi movies in which the boy is from India and the girl from Pakistan. The film fraternity should introspect if their movies are impeding peace and prosperity in south Asia.

Stories with deep political overtones and social messages tend to play to the gallery and even compromise on facts. Portraying a politician making illegal money or wielding muscle power is contrary to truth. This theme should be buried altogether.

Where is the evidence for all this in real life? Rarely ever have politicians been convicted in courts for wrongdoing, but movies routinely portray them as anti-social elements. Inspite of its busy schedule of disruptions, our Parliament has occasionally found time to convey its displeasure over anti-politician sentiments depicted in the mass media. Why hurt selfless politicians who carry the burden of governing this unruly nation?

With the story detoxified, characters should follow suit. The names of the characters and their dress, especially of the baddies, should not give away their region, caste, religion or linguistic identity. Bestowing these labels on them is a red flag that incurs wrath of large sections of people. Movies like Robot have solved this problem using robotic character.

This is worth emulating. In the interest of gender equity, gender-neutral names should be preferred, lest feminists rise up in arms. One alternative to names is to use the initials like PK. Clearly, this calls for expertise. Film industry should develop a specialist cadre of scriptwriters who can give creative and secular names to characters devoid of identities.

Even after following these guidelines, there might still be some scenes and characters that offend sentiments. This is needed because protests ensure free publicity on the eve of movie release and improves the box-office collection, as it happened recently with the Tamil movie Mersal.

Did I hear murmurs about creativity and artistic freedom? If you are hurt by these guidelines, please appeal to the "super censors" or the "Sentiments Protection Tribunal" devoted to adjudicating on hurt sentiments. Of course, if moviemakers dislike tribunals, there is an easy way out as well. They just need to confine themselves to making two-minute trailers.

Anything longer is bound to offend someone or the other. As a bonus, the movie is guaranteed to be released.