Much to the relief of the ruling party, a fresh wave of optimism is sweeping the country as the national economic discourse has finally matured from just  “Chai pe Charcha” to “Chai-Pakode pe Charcha”.

Recently, in the upper House of Parliament, the head of the ruling party presented the brand new paradigm of economic growth - "Someone who sells pakodas today, his progeny can become entrepreneurs tomorrow."

According to highly placed sources in witty aayog, the government is working on a slew of policy measures to give concrete shape to Bharat’s latest edition of economic reforms aimed at gastronomical growth in pakoda production, and, therefore, jobs.

"We are aiming to become world’s highest producer of pakodas," said the aayog's vice-chairman in a recent presser.

The flagship scheme in the reforms bouquet, “Pakode Banao, Desh Bachao”, is aimed at rapid job creation and export promotion. Under the scheme, hitherto unemployed youths from around the country will be given financial assistance to set up pakoda stalls and become economically self-reliant. Each stall is expected to generate at least three to four jobs, with various designations - the most-popular being "the chhotu". 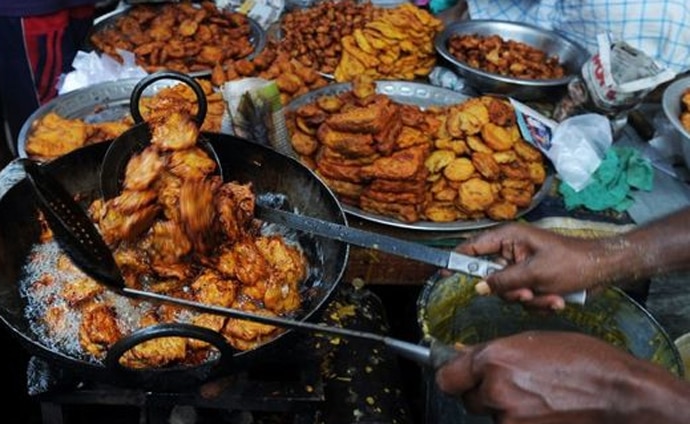 Individual states will have the flexibility to launch regional schemes. Among the first is expected to be a central Indian state, famous for its poha and namkeen. The state is expected to create enough jobs through the “Poha Banao, Rajya Bachao” yojana to absorb the nearly 20 per cent increase in joblessness in the past four years.

While the southern states, keeping up with their penchant for resisting national integration, are expected to take recourse to medu vada, the rest of the Akhand Bharat is all set to embrace pakodas for job creation.

Country’s exports are also expected to receive the much-needed fillip. Special duty concessions are planned for pakoda exporters. Manufacturers/exporters of packaged snacks like Jaldiram’s are expected to be big beneficiaries.

"It is a matter of great pride that we will be instrumental in taking our country’s culinary heritage to the world besides contributing to job creation and building forex reserves," said a beaming Mr Jadliram of Jaldiram’s.

Reportedly, Jaldiram’s, which has a huge overseas presence, is readying to launch its frozen pakoda range.

Special training programs are being designed under the Drill India programme. Pitanjali has been asked to supply sanskari besan to all government-approved pakoda stalls. Reportedly, to crank the propaganda machine, while Swami Aramdev has already been syndicated by Haan Jee TV to expound on the health benefits of consuming chai-pakoda, other progressive TV channels like Dimes Now and Anti-Public TV are expected to make it mandatory for all intellectual debaters to consume chai with fish pakodas instead of alcohol-with-salted cashews before appearing on their shows to suit the fish market ambience.

The sports ministry has been asked to organise national pakoda-making contests under the “Talo (fry) India” programme. Contestants from various states will compete for events like “fastest pakoda maker” and “largest pakoda maker”. The best-performing team coach will be awarded the “Pakoda Ratna Puraskaar”.

Not the one to miss an opportunity for nation-building, the finance minister is soon expected to propose levying of “pakoda cess” to raise funds for various pakoda yojanas.

The prime minister, in between his busy flight schedules, is himself expected to inaugurate the “Pakode Banao, Desh Bachao” yojana by frying patriotic pakodas in a giant tricolor kadhai in New Delhi. He is also expected to anoint pakoda as Bharat’s national snack “Rashtriya Alp Vyanjan”.

#Amit Shah, #Modi, #India, #Pakoda
The views and opinions expressed in this article are those of the authors and do not necessarily reflect the official policy or position of DailyO.in or the India Today Group. The writers are solely responsible for any claims arising out of the contents of this article.

Sailing on the ship of fools.