Why don’t we have Sanjay Kapoor’s confidence!

It doesn’t matter if you don’t know who he is. All that matters is this man's swag!

It is only recently that we have found out that those Bollywood actors whose careers have been shorter than their roles in some of their films are not actually that bad. Like, going through the tweets of Uday Chopra, don’t you feel bad for him, as in, for his short-lived Bollywood career?

There are many on the list like Sonu Sood, Jimmy Shergill or Bobby Deol who could have had it differently. We would have kept Abhishek Bachchan’s name there as well, had Manmarziyaan not released in 2018.

Well. The point is: no one is as funny as Sanjay Kapoor. 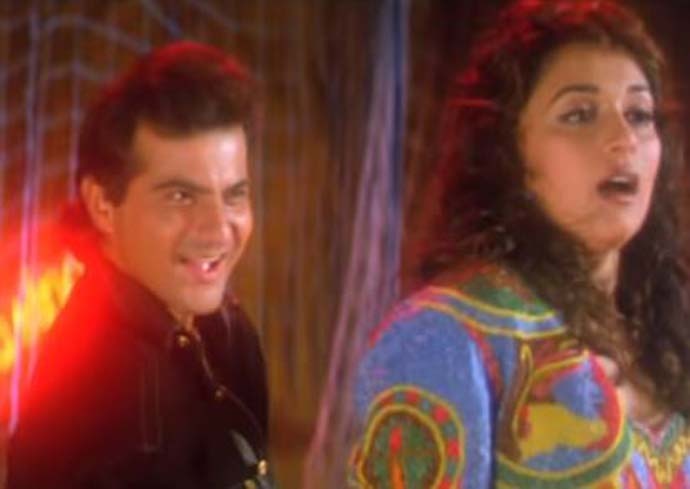 He is the guy we are talking about. (Photo: Screenshot/YouTube)

Having a hard time trying to understand who this actor is? He played the husband of Manisha Koirala in Lust Stories. Before that, he was the lead of Dil Sambhal Jaa Zara, a television serial which was applauded for being ahead of its time.

But whatever he does, his claim to fame will always be 'Ankhiya Milau, Kabhi Ankhiya Churau' in Raja (1995). He was in the film opposite Madhuri Dixit. He has also apparently dated Sushmita Sen and reportedly Tabu for a brief period of time.

He is the person we are talking about.

In a recent interview, he made it clear that he is not leaving Bollywood for Hollywood.

(Pause a minute and laugh again). We are not laughing at him. We admire his confidence. (Photo: Screenshot/Netflix)

We are not laughing at him. We don’t do that. But, seriously? Was he considering dumping this industry which has put up with him for decades for Hollywood?

And who in Hollywood dared to cast him?

No, nothing has yet materialised.

But doors are open.

“Yes, obviously, I am not going to leave Bollywood. The world, however, has become such a small place. When a movie releases in India, people from as far as America can watch it. I know people in the US who have told me ‘we have seen your film’ (Lust Stories)! I am not thinking of Hollywood as of now. Kar lenge!” — he said in an interview.

But he’s not to be entirely blamed. He was asked whether he, like his brother Anil Kapoor (Slumdog Millionaire), has Hollywood plans.

We know how family names work in Bollywood. That doesn’t mean all this will work in Hollywood also.

But we now love Sanjay Kapoor!