What would an Aamir Khan-Sunny Leone movie be like? Will Aamir make it with the Oscars in mind? Will it be India's own Boogie Nights?

Aamir in Burt Reynold's role, Sunny in Julianne Moores'? Or would he prefer Mark Wahlberg's?

Will it take us back to college with Aamir? Who will rag whom? 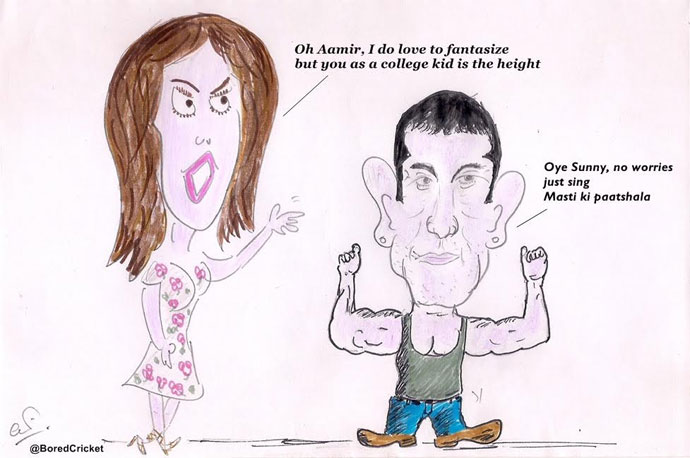 Either way, it's not a stretch to see the two in a film together. If there's one thing you can expect from Aamir, it's the unexpected.

Who knows, Bhupendra Chaubey too could get an annoying two-bit role in it. After all, he's the one who brought the two together.

Post your comment
#Aamir Khan, #Sunny Leone
The views and opinions expressed in this article are those of the authors and do not necessarily reflect the official policy or position of DailyO.in or the India Today Group. The writers are solely responsible for any claims arising out of the contents of this article.