Glad that Saif-Kareena named their son Taimur (it's not lame)

Get off the haute horse and name your child Prakash or Geeta, somebody?

I am glad Saif and Kareena named their son Taimur. I really don't care much about Taimur the Lame and what he did. We are not talking about deeds, we are talking about names. Taimur is a name, a man's name, bona fide and meaningful, unlike Hrevyaan, which sounds exotic and means nothing at all.

That Saif went against the celeb wave of having to invent names and then having to invent their meanings just because mommy and daddy were high on cocaine and poor mommy had to deliver another celebrity. Invented, cold-calculated, numerologically verified, nouveau names that the nouveau riche will nod in approval of.

This disease called nomenclatura exotitis has spread to the average Indian household where Sushil and Sunita Mandal can't mispronounce their daughter Zezune's name. She won't have a second name because surnames are eternal, not a fad.

Names are fashionable now, this overbearing fad of finding first-time names from obscure books so that names are obscure and, yes, unique. Your child is not unique or special. There are millions of them born every year. That's how unique they are.

So get off the haute horse and name your child Prakash or Geeta, somebody? Because Prakash and Geeta are bona fide names. So are Raj, Rajiv, Rajesh, Charulata, Babita, Ranjit, Nadim, Javed, Samiya, Sanjay, Suresh, Piyush and Rahul. I work with these people with normal, natural Indian names and can confirm they are fine people with fine tastes and talent.

You find names for things you invent. Since something did not exist before, the need for a completely new name. There is no need for fresh names for things you did not invent. Like children. Don't make naming a child a real estate project that has to sound faux luxe like, say, Regalia Sanatoria, South of South Gurugram.

Human beings have had glorious naming conventions and these did not involve marriage of Greek words with Sanskrit words to give birth to Granskrit words, certified by a numerologist of Sanjay Jumaani's intellect.

By the way, I am sure no other Sanjay will be born in the Jumaani family because Sanjays have stopped being born. Now is the time for Divit, Kiaan and Inaara who goes to the playschool with Aarav, Advik and Schovit. No, really.

The parents know the child has their shallow genes, so they desperately look for an intelligent-sounding name. Well, here's the news. These names are not intelligent-sounding. They sound like pompous wind from your kitchen garden smelling more of turnip than tulip. These carefully chosen names don't compensate for anything, least of all the trouble of spelling your name every time you have to say it. "My name is Ileaka, I.L.E.A.K.A. Ileaka." Get out of here.

I mean, even before we could get around with the Greek Anika from Andheri East, we have Inaaya and her friend Kiara, who has an imaginary tiara on her carefully coiffured head. She is competing in bonny baby beauty contest against Kimaya next month. 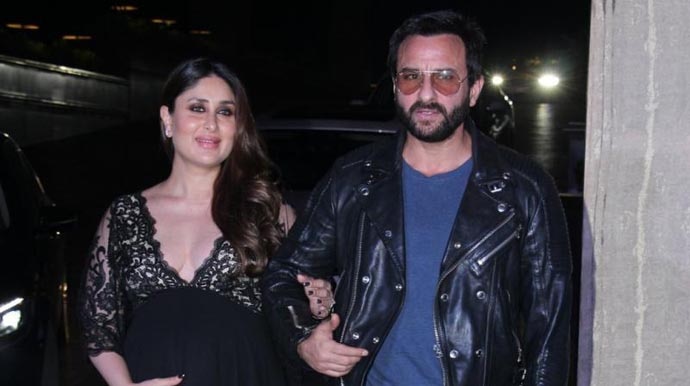 And by the way, Myra, what happened to Kajal? Why would a parent name a beautiful girl Nyasa? So that she can carry a PET bottle of the same brand? These people are ashamed of their middle-class names like Shilpa and Ajay. And what does Viaan mean? Is it Vian or Viaan? Who added the extra 'a' without the consent of the child, technically a minor?

Did these people consult Rakesh who missed out on calling himself Hrakesh, because getting a new ration card would have been such a hassle? But that creative man's dream has had a genetic fallout. Son Hrithik passed on that redundant H to his unsuspecting little ones whose little shoulders have to carry that incomplete ladder called H for life.

I have nothing against the letter H if it did an honest, silent job. But they don't. They stand out and obstruct, inspite of being of no use at all. Don't you miss the days when H used to be useful? Remove the H from Hasmukh or Haldiram and the whole thing changes. Rehaan sounds like a nice boy, H or no H. So does Ridhaan. You can roll the Rs instead of twisting your tongue.

I am also tired of Arhaan, Ahan and Ayaan and all these A list kids. It disturbs the balance of the name universe. Yes, your name is in or among the top of the list if and only if the list is alphabetical. Life is not alphabetical. Life begins with an L and has a big IF that haunts you until it all ends with an E.

So dear, Arin, when you grow up, have a man-to-man conversation with your dad and ask him what was he high on. Because your mom did object to it. Every mother who has gone through nine months of bloat and that top-up terror of her water breaking, won't bear her labour lost in four letters, of which three came from a washing powder. No woman would conceive, forget about executing this devious plot to humiliate her child.

I tend to forgive people who mix their initials and create a name. Adira, Misha, purely for the reason that parents take equal responsibility for however the kid turns out. So Aditya and Rani named their daughter Adira and Mira and Shahid went for Misha. Half daddy's, half mommy's. Like the baby, like the name.

I was given the name Luv, which my family found two syllables too short. In their quest to add a couple of syllables, they changed the whole thing around. From Lord Ram's son's name, my name moved on to Lord Vishnu himself. It wasn't till 2000 that good people from Amdavad attempted to suffix a bhai to my name mistaking me for a Gujarati and immediately establishing brotherhood.

No longer. I hear there are real Patel babies named Arav and Diania. In Gujarati, or any other language, Diania means nothing. Because it's made up. Artificial like the relationship she will have with her parents who gave her the name because they were scared of calling her Diya, now much lowered in name status list. I hope Diania grows up and falls in love with Taimur, triggering a useless controversy over love jihad, and not a useless controversy about baby names.

Also read: Befikre is Hindi cinema breaking out of years of self-restraint

Post your comment
#Bollywood, #Kareena Kapoor Khan, #Saif Ali Khan, #Taimur Ali Khan Pataudi
The views and opinions expressed in this article are those of the authors and do not necessarily reflect the official policy or position of DailyO.in or the India Today Group. The writers are solely responsible for any claims arising out of the contents of this article.