Here's something India and Pakistan share: our fear and loathing of Valentine's Day. Why? Well, clearly we all believe 'pyaar ek dhoka hai'!

Just as we refuse to accept that menstrual blood is red, and not blue, in television commercials, we, in the subcontinent, can’t come to terms with the idea that February 14 is Valentine’s Day — a day for love and lovers.

It’s quite difficult to stomach the idea that two consenting adults are free to love.

Or, is it because the idea is an import from the West? According to reports, the University of Agriculture Faisalabad (UAF), Pakistan, will observe 'Sisters’ Day' on February 14 this year.

Vice Chancellor Zafar Iqbal Randhawa has come up with this lofty idea, which he thinks, will ‘protect Islamic traditions’.

This comes as a strange departure from the tradition though, because, in both 2017 and 2018, the Islamabad High Court ordered a ban on all V-Day celebrations.

Chalo. Something is better than nothing. Male students can gift scarves and abayas to their ‘sisters’. Otherwise, how would the world know that this country loves and protects its sisters? Also, as the VC said, brother-sister love is the greatest love in the world. (Don’t read between the lines with GoT reference).

So, claps for the new Sisters’ Day.

We already had a Siblings' day on April 10. 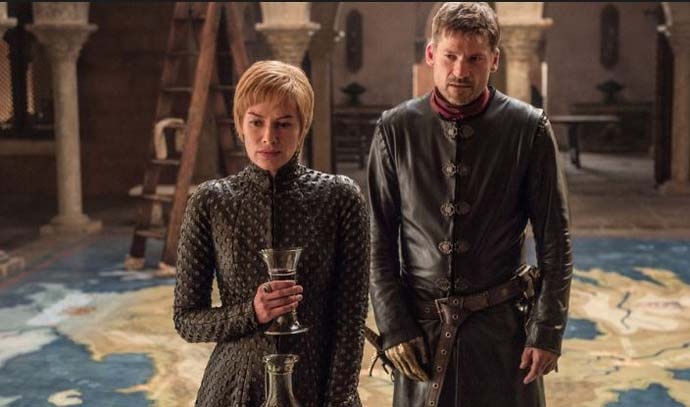 We always knew that there's nothing purer. (Photo: Twitter)

What else can we do from across the border, where this day has become Parents’ Day in many of our own states?

In 2015, the erstwhile Raman Singh government in Chhattisgarh officially declared Valentine’s Day as Matru-Pitru Divas (Parents’ Day). Circulars were issued in 2013 and 2014 as well, but from 2015, it became official.

Apparently, it was on the advice of now-jailed godman Asaram Bapu.

Later, the Rajasthan government (the previous one) too officially made February 14 'Parents’ Day'.

For VHP and Bajrang Dal activists, February 14 is a day full of activities. They have to gather activists, raid card shops, wave placards, tear up roses, ransack hotels — where couples could probably sneak into — to set an example, of course. The only PDA which is accepted in India. And maybe, Pakistan. (Photo: Reuters)

Even for Shiv Sena activists, the time is no less auspicious. At that time — it can be February 13 also — some members conduct lathi puja (yes, worshipping the stick) because sticks would come handy to beat affectionate couples in public to a pulp.

Meanwhile, did you know Valentine's Day is a three-month-long affair in South Korea?

So, on February 14, the women buy gifts for their lovers.

On March 14, the White Day (much racism?), the lovers are supposed to reciprocate.

If your feelings remain unrequited in this process, you have April 14, Black Day, to celebrate your singlehood.

This is just for general knowledge. Not to get inspired by. Our activists and universities have other things to take care of. They can't spare three months like this!

Also Read: How Indians are celebrating Valentine's Day in the time of moral policing

#Shiv Sena, #VHP, #Bajrang Dal, #Valentine's Day
The views and opinions expressed in this article are those of the authors and do not necessarily reflect the official policy or position of DailyO.in or the India Today Group. The writers are solely responsible for any claims arising out of the contents of this article.