New Year resolutions for Virat Kohli and the team

You might think that all our cricketers do is marry in exotic locales, return for local receptions, but they aren’t too different from you and me – most so, when it comes to making strange New Year resolutions which they hope to keep beyond the fresh hopes of January deep into the rise and Fall of November later into the year.

Naturally, we’d expect them to keep up with these resolutions no matter what; when a guy can bowl the last over in a tight chase or chase down 15 runs in the last over, how tough can this be?

So without further ado, let’s delve into what these resolutions are. And mark them on a scale of 1 to 10 on the ease of keeping them.

Virat Kohli: The Indian captain is determined to make his marriage prosper in all conditions and not just in home conditions of India and Italy. He is ready to put in the hard yards when the bounce is both steep and awkward, or when things get tricky, such as when it swings both ways.

Virat has also resolved to teach his missus how to not just watch cricket and cheer cricket but to even play cricket – “once she has a bat in hand and a ball in her other hand, she will know how tough it is to juggle both roles. That is not to say I want her to be an all-rounder but it is for her to decide what suits her more. I get the sneaking feeling that she will prefer to be the coach, I have often seen her and Ravi talk in hushed whispers, I’m not saying anything, but I get the sneaking feeling that Ravi has rubbed off her…er like he has rubbed off me”

On top of Virat’s list is to wear less Indian ethnic wear in the coming year – except during ad shoots during the festive season. “Don’t get me wrogn but 2017 was full on kurta pajama – sherwani time, it’s great, but changing 100 kurtas and sherwanis during a day is way tougher than being out there on the field for 100 overs in Chennai’s humidity…don’t get me wrogn but that’s how it is. I wonder if these guys can do a sport’s range, tracks beat the sh*t outta bund gallas. Also I want to work harder on promoting my own brands”

MS Dhoni: Not known to make New Year resolutions, the silent skipper says for him 2018 is just another number – “It’s too early for me to commit to a New Year resolution right now, I have to assess the conditions of this new year first, see where I stand or whether the team management will send me up the order or when I will be on strike in 2018, but the way I see it, I think I will only be in a position to make a new year resolution in the last day of 2018. Anyways, for me the process of new year resolutions is more important than actually making a winning resolution”.

Ravindra Jadeja wants to work on his moustaches and beards some more. “You would’ve seen my bowling can be quite monotonous, the only variation I get in life is messing around with my mooch or my poonchh… oh, sorry that’s a joke, I meant, with my mooch or beard. I would also like to work on a new celebration, the sword wallah is good but I want it to be better, I am working on a javelin throw and once Padmavati is released maybe I can pick some cool Rajput stuff from there” Reminded that Padmavati may not be released, Jadeja looks a little hangdog when he says, “I’ll watch Jodha Akbar again in that case. I have given my fans my sword of honour, I stand by it”. 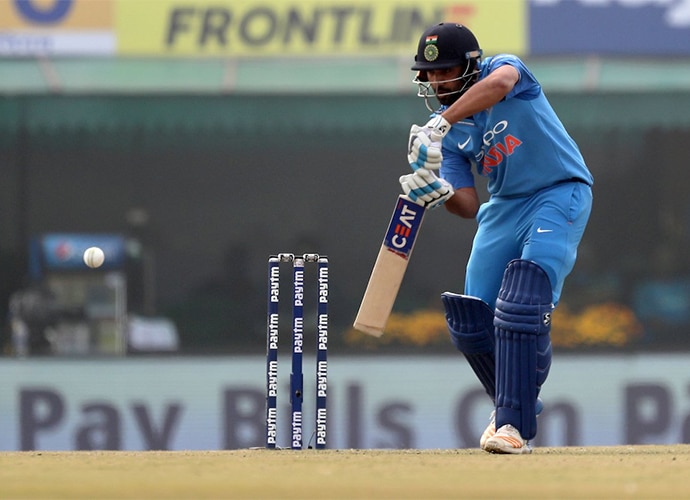 Ravichandran Ashwin is quick to pounce on another year and has resolved to work on three new deliveries – “at first they will seem familiar to you but believe me, they are well disguised and you cannot tell much from wrist position or the way I grip the ball, the delivery is based on atmospheric conditions, with a conventional seam up delivery…but I don’t want to give away much as it’s still very much under wraps.” Ashwin agrees he needs to work on his fielding but making that into a resolution is too much effort. “It’s not as if I’m a regular in the limited overs side and even Jaddu with his amazing fielding can’t make it so what’s the use really?”

Cheteshwar Pujara is quietly confident to bat for five days non-stop in the nets so he can replicate at least half of that in match conditions on a regular basis. “Murali Vijay and I have been talking about this on a regular basis for a few years now, it’s time to action the plan. The others get enough batting in ODIs and T20s, Vijay and I need to capitalise on whatever opportunities we get. The South Africa series is a big opportunity but here I’m just hopeful that the entire team bats two and a half days in both innings.”

Rohit Sharma: Fresh from yet another ODI double, Rohit has a deep realisation of his much talked about talent and has resolved to hire a talent scout – for what else but to unearth all his talent. “I’m confident that a Test specialist talent scout will help me find my Test mojo…I will be taking him or her, I do not want to disclose anything more here, to South Africa” When asked if the talent scout is Ravi Shastri, Rohit winked, quickly adding, “if you know so much, why are you asking?”

Ravi Shastri dismissed New Year resolutions calling them a waste of time. When reminded that both Virat and Rohit had kept them, he refuted himself, “in away conditions, new year resolutions can be a great help and instill self-belief in players and if such top performers feel the need to keep resolutions then to each to his own, and I firmly believe in live and let live and can we not do this on skype?”