A matter of trust

That Amitabh Bachchan is gradually losing the trust of his followers is a truth, perhaps more glaring than the jewelleries of the brand he endorses. Otherwise, what explains the outrage over a one and a half minute advertisement trying to impress on viewers the honesty of a jewellery brand? Big B should not have taken the sudden drop in his number of followers on Twitter lightly!

Indian advertisements, in which mothers jump in joy seeing the stained clothes of their kids and women "bleed blue", are, of course, fictional. But the recent advertisement of Kalyan Jewellers, it seems, has overstepped as it showed how banks treat their customers, pushing them from one counter to another. In this advertisement, the customer was a pensioner, essayed by an infirm Amitabh Bachchan, who is accompanied by his doting daughter (his real one, Shweta, debuting on screen here) to the bank, a co-operative, as it could be understood from the blurred name. Two bank staff refused to help them, and they were then sent to the manager. (Of course, who else would take the responsibility of such a fiasco!) 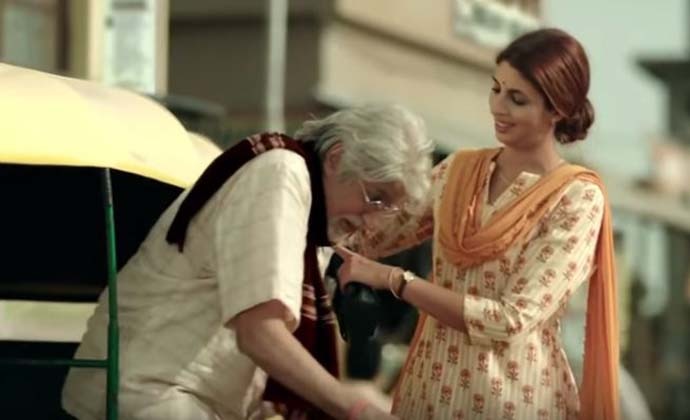 The first screen appearance of Shweta Nanda Bachchan, that too with her father, could have been stunning. (Photo: Screenshot from video)

The manager is warmer than the other staff. He checks the passbook and finds nothing wrong as the pension amount of Rs 5,500 has already been credited.

The father-daughter duo is not your everyday nagging pensioner-pair. They are emblems of truth and trust, quite like Kalyan Jewellers. They want to return the pension amount as it has been credited twice in a month. (Of course, they can do without Rs 5,500, if they can afford Kalyan Jewellers).

When the manager unscrupulously asks them to just gloss over the matter as no one will probe where the Rs 5,500 has even gone, we see the “angry young man” taking over the old pensioner. “A wrong is a wrong, even if no one comes to know about it,” he rumbles (which behaviour might have shaken the manager to the core and the advertisement comes to an end).

There begin the controversies. 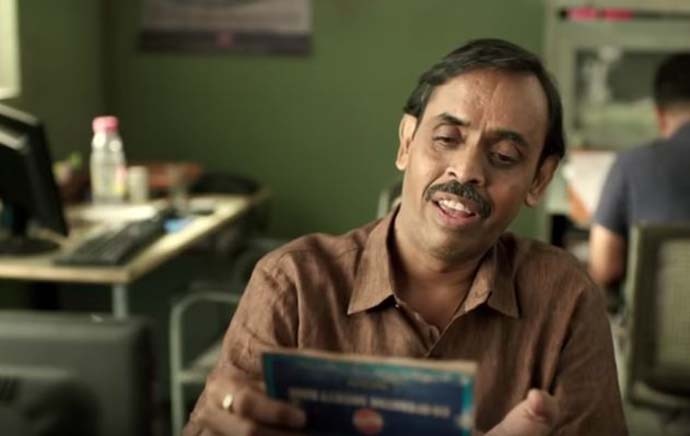 'False' image of banks: Sending customers from one table to another. Nope. Never happens! (Photo: Screenshot from video)

The All India Bank Officers’ Conferderation (AIBOC), which has 3.2 lakh members, has seriously objected to the advertisement. Their grievance is not only against the brand, but also its ambassador Amitabh Bachchan for “manifesting a negative and false image of banks in the advertisement for their personal aggrandisement.”

The brand has announced that it would add a movie-like disclaimer that all the ad characters are fictitious. But the union is reportedly still not happy. They want the ad to be pulled off air. (Who knows better than them that the characters may not actually be so fictitious!)

Many people found it an opportune moment to rake up the Panama controversy surrounding the Bachchan family, while many were funny enough to predict whether the brand in soft focus may have the next big scam under their carpet.

But one thing is final.

There are more bankers than Big B fans in the country now. And you can bank on them. Clearly. 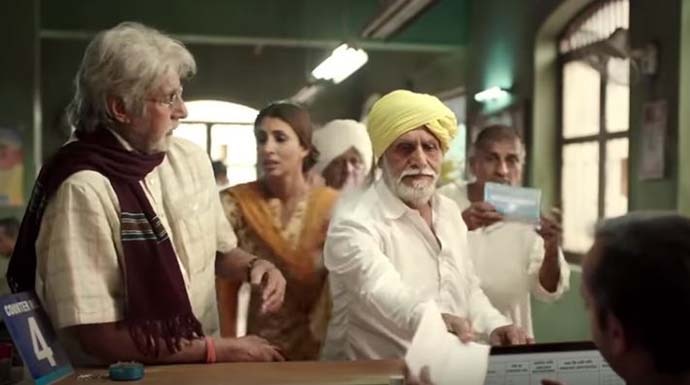 All characters are fictitious: A pensioner who wants to return money is being heckled (Photo: Screenshot from video)

The advertisement conceptualised and executed by L&K Satchi, one of the brand’s creative agencies, was full of potential though. It was not a loud advertisement like the previous one where the bejeweled Bachchans generally marvel at the huge collections of the brand. In this ad, there was no show or mention of jewellery, apart from the bare minimum that Shweta Bachchan Nanda was wearing. The message was also oblique. (No wonder not many people actually got the message). 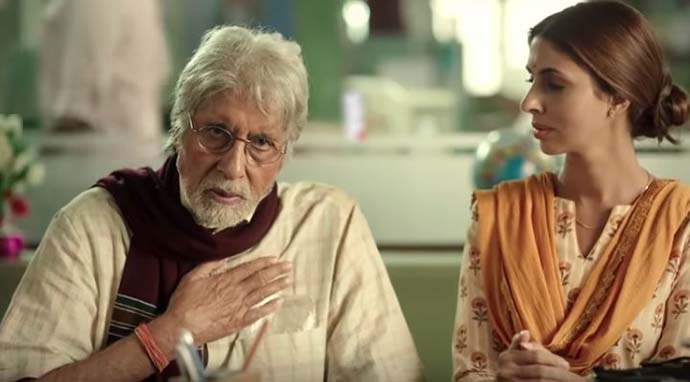 A wrong is always a wrong: The moment of truth — but are we impressed? (Photo: Screenshot from video)

However, this was not supposed to happen.

For the first time, the audience was introduced to Shweta Bachchan Nanda, and that too, in the august company of her father. Shweta is apparently selective about her public appearances. Also, she is far away from the scams surrounding her family. So, there must have been something here which impressed Shweta enough to accept the offer.

But the pristine Bachchan, it seems, could not save the family and family friend Kalyan jewellers, from the bankers' brouhaha. Because, after all, it’s a matter of trust.

Also read: No, please don't bring your own popcorn. Why cinema viewers bringing their own snacks will only leave a bad taste