How India has been drawing international chefs of repute

It is the visibly voluptuous global spending power of our millionaires that has been drawing international chefs of repute, like bees to a sunflower field, to India. Some time back, we saw the Italian maestro Massimo Bottura coming as the guest of the then darling of the glitterati, Nirav Modi, before his fall from grace and wowing Mumbai’s rich and powerful diners with his reinvention of the classical cuisine of his country. 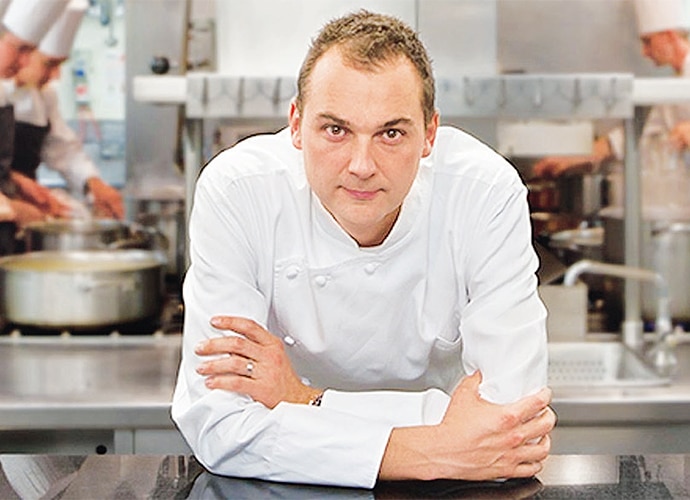 And just as I was beginning to wonder why Delhi is being given the short shrift by these big guns, I got the good news from a friend that the incredible Daniel Humm is visiting India for the first time and will be cooking exclusively for American Express Centurion Card holders at The Leela Palace New Delhi this weekend. The Swiss-American 41-year-old chef is one-half of the duo (the other half being Will Guidara) who lord over Eleven Madison Park, which dislodged Bottura’s Osteria Franscescana to become No. 1 on the World’s 50 Best list in 2017.

Humm, interestingly, was intent on becoming a professional cyclist, but a serious injury forced him to change gears and start apprenticing for a chef’s whites, in the good old European tradition, from his early teens in Swiss establishments known for their boot camp routines. He found his guru, Gerard Rabaey, the now-retired master of the Michelin three-starred Le Pont de Brent (The Brent Bridge), above Montreux, the popular resort town on the Lake Geneva shoreline. As Humm said in a chat with William Drew on Worlds50best.com, “Rabaey really taught me how to cook, how to be passionate, how to be perfect.”

As a chef of Gasthaus zum Gupf in the Swiss Alps, when he was all of 24, Humm got the first Michelin star for the restaurant. A couple of years later, he moved on to the United States and joined Campton Place, San Francisco, which is now a Taj hotel famous for having the first Indian restaurant to get two Michelin stars, and his life changed after he was spotted by the legendary New York restaurateur Danny Meyer in 2006.

As chef de cuisine of Eleven Madison Park, Humm became celebrated for his brand of neo-classicism, first drawing attention with his standout dish — roast duck with honey and lavender, and then for marrying European techniques to American food traditions, best expressed in his Black and White Cookies, Long Island Clam Bake and Carrot Tartare with rye bread and condiments. In 2009, the pope of food journalism, Frank Bruni of The New York Times, gave Eleven Madison Park the coveted four stars; two years later, the restaurant entered the World’s 50 Best list at No. 50 and rose to become No. 1 in 2017, immediately thereafter being shut down for a sparkling renovation of its stately interiors. Over these years, meanwhile, Humm’s approach to cookery changed dramatically. An avid collector of contemporary art, Humm has been influenced by his architect father, whose unencumbered, austere lines have left a mark on his visual language.

An expression of this change of outlook is his famous dish, celery root and black truffles cooked in a pig’s bladder, which, to an average Indian punter, may seem like a drone attack on his Centurion card!

In his interview with the William Drew of World’s 50 Best, Humm said, “A few years ago I wanted the food to look like it took 20 chefs to put together, but that’s not where I’m at any more.” Today, in Humm’s minimalist universe, “The story could be as simple as two ingredients grown on the same farm, it could be inspired by an artist’s work, it could be a childhood memory, it could be a historic dish, but somehow you need to explain why this dish exists.”

I am not sure whether Humm would get to speak at length about his culinary philosophy during his Delhi gigs, but I do look forward to dig the food that has catapulted Eleven Madison Park to the gastronomic stratosphere of our world.

Also read: The man behind Ministry of Crab