One of the most toxic top-tier road races is set to take place even as residents are gasping for breath.

Being a long-distance runner requires a huge amount of will power, determination and probably a bit of insanity - running in heat, cold, at altitude, when your body is begging you to stop. Traditionally though, the line is drawn at running through a poisonous soup that can cause long-term health problems and affect a runner's career. And yet this is what is happening this weekend.

On Sunday, the 2017 Boston Marathon Champion, Geoffrey Kirui, and over 30,000 runners will toe the starting line at one of the most toxic top-tier road races ever held. The Airtel Delhi Half Marathon, a world-famous “IAAF Gold Label”, event is set to take place even as the “the great smog of Delhi” has left residents gasping in polluted air that has recently been recorded as 20 times worse than healthy limits.

Delhi’s air was under the "emergency" category last Monday evening, yet despite continued toxic conditions and calls from medical experts to cancel the event, organisers, sponsors, and the Delhi High Court are adamant that race will go on as planned this Sunday.

It is yet another example of Delhi and central government’s refusal to acknowledge that urgent and radical action is necessary to confront the grown air pollution crisis that bedevils Delhi and her sister cities across the northern plain.

People who live in cities secretly like to think of themselves as tougher than average: it takes grit and resilience to live in Hong Kong, New York, or Delhi and that we do is proof of sorts of our special robustness. But with that comes a certain determined blinkeredness - our inner monologues are variations on, "yes, the air is bad, but it is not going to actually affect me or my loved ones. I have air conditioning, I travel in a car; it is the poor people who live on the street that it is terrible for, but then so much else is for them too, isn’t it?".

The thing is, that even though the air pollution in Delhi ebbs and flows, it is actually constantly bad. During the wild fires in California last month the AQI (air quality index) in the Bay Area was the worst ever reaching between 100 and 300, triggering a public health crisis with the accompanying appropriate measures such as the shutting of schools and the staying indoors. 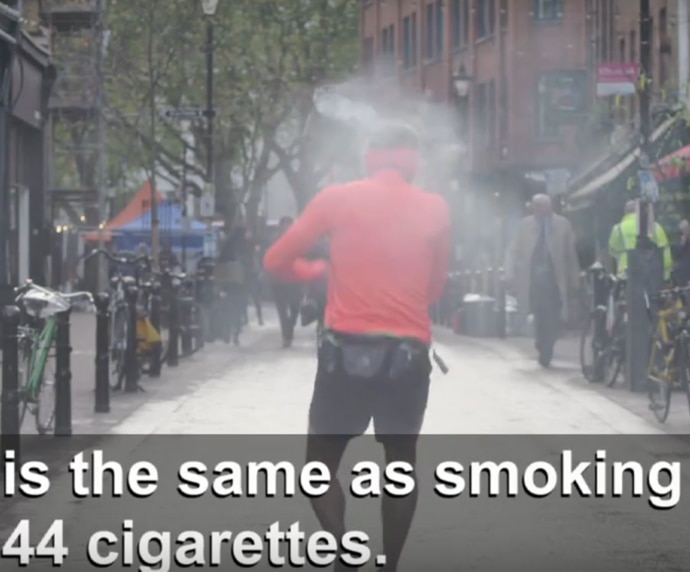 Last week, the AQI in Delhi was literally off the scale. The official monitors cut off at 500 but independent readers were going over 1,500 at India Gate and were bumping along between 800 and 1200 at various points along the race route.

This is 20 times worse than the healthy limits prescribed by the World Health Organization. This is poison.

Dr KK Agrawal, president of the Indian Medical Association, warns: “There are clear acceptable guidelines around the world. If the AQI (air quality index) in your city is at 100 µg/m3, marathons should not be allowed... If the AQI levels are 500 and above, which is where we are in Delhi, we should just stay at home.”

But are they? No. They are flying in the elite runners and telling everyone there is nothing to worry about. Even if the readings go down to 200 by Sunday this is twice the recommended limit, the level that other cities ask their citizens to stay indoors and protect themselves in. By pushing ahead with this race who is proving what to whom? The only winners are those who want people to accept this as the new normal and who profit from it.

Over 30,000 runners have signed up for the Airtel Delhi Half Marathon. In a messed up correlation, this is the same number of people who died prematurely last year from diseases caused by Delhi’s toxic air. The race organisers say they are ready for any health emergencies that happen during the race, but they are promoting the continuation of a chronic health emergency.

Are they ready to take responsibility for their part in that?

Post your comment
#Delhi, #Smog, #Air Pollution, #Airtel Delhi Half Marathon
The views and opinions expressed in this article are those of the authors and do not necessarily reflect the official policy or position of DailyO.in or the India Today Group. The writers are solely responsible for any claims arising out of the contents of this article.

She is a writer, connector and traveller.