Why Chandrayaan Matters: If we find water on the moon, it may be colonised by making caves

Chandrayaan-2's mission will be to find what scientists can do with the water found on its surface.

The whole nation waited in anticipation for Chandrayaan-2 on board GSLVMkIII-M1 to be launched at 2.51 am on Monday, July 15. That anticipation was, however, meted with disappointment as the countdown was stopped 56 minutes and 24 seconds before liftoff.

This mission is a follow-up of Chandrayaan-1 that helped confirm the presence of water/hydroxyl on moon in 2008. “We have upgraded the technology from the first mission, which will help in robotic perspective of the mission; there are seven computers which are inside Chandrayaan-2. These computers will work together to ensure the mission’s objective is fulfilled,” said former director of the ISRO Satellite Centre Dr TK Alex.

The moment the mission will be launched, we will be able to get signals. “Science will start only when it goes around the moon. It takes about 18-20 days to reach the moon. The first scientific instrument will start working there itself,” added Alex.

Landing is a complex activity and the success of this mission will depend upon if Chandrayaan-2 is able to land on moon or not. “We don’t know what type of surface it is, whether it will be able to hold a lander. Once it is on the moon, the first task would be to see the minerals, water and what is on the surface,” he said. 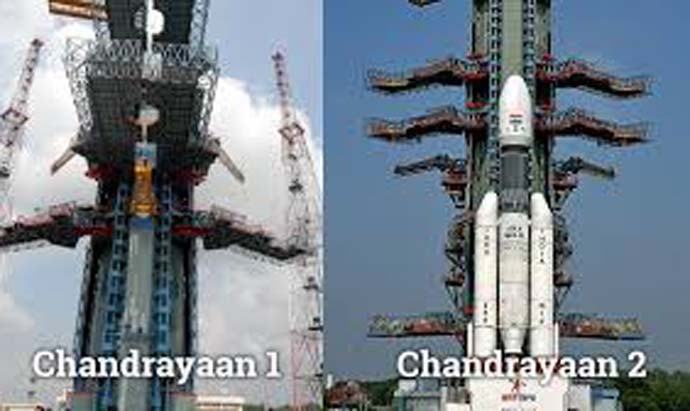 Chandrayaan-1 had found water on moon. Chandrayaan-2 has been tasked with finding what can be done with this water. (Photo: India Today)

Chandrayaan-1 had found water on the moon’s surface but this mission will go beyond that and see what can be done with this water. “The extent of water which was discovered in the first mission was of very less in quantity but we want to know how much it is. There are two-three instruments on board Chandrayaan-2 to look into the presence of water on the moon, synthetic aperture radar (which is able to create two-dimensional images or three-dimensional reconstructions of objects), infrared spectrometer (which is an analytical instrument used to identify materials including organic polymers).  This mission will not bring back water to Earth, as Chandrayaan-2 won’t come back. The mission will land do its activities and the orbiter will continue for almost a year to look into all parts of the moon,” said Alex. ISRO scientists are hoping that Chandrayaan-2 can help them to know if moon can be colonised or not. “If we are able to find the presence of more water then it means a lot. Later, if someone wants to colonise then we can do that because water can be converted into oxygen. We will be also looking into the possibilities if people can colonise it by making artificial caves, if they can live there with the water present on the moon. Geology of the entire region will be studied by scientists,” he added. 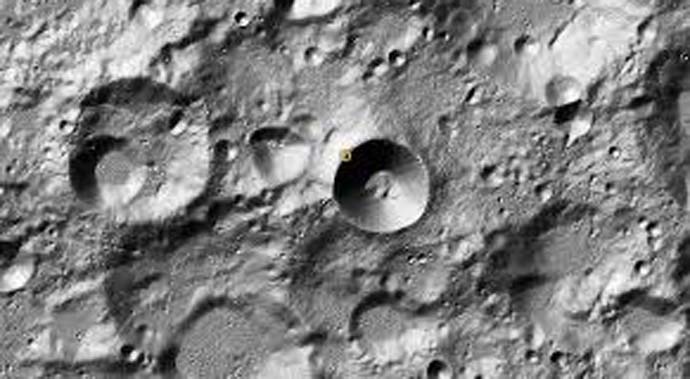 The mission's aim is to find water and not life. (Photo: Reuters)

Land rovers abroad Chandrayaan-2 will help study the surface of the moon. They will scientists in studying the minerals present on the moon’s surface.

“This mission is not going out there to find alien life. There is nothing to do with life on this mission. This mission does not have any instrument which can look for aliens,” Alex said.

Also read: Mission Shakti: Totally in time and absolutely needed, PM Modi has made the perfect move with his announcement