Mission Shakti: Totally in time and absolutely needed, PM Modi has made the perfect move with his announcement

Questions about the need and timing of developments on security issues are a thinly disguised attempt to undermine the credibility of the Modi govt. They also reflect the opposition's deep jealousy.

The significance of ‘Mission Shakti’ — the demonstration of anti-satellite missile capability by India — has got a little lost in the political carping that has now become a standard feature of any major development in the domain of national security. The dumbed-down public debate quickly degenerates into a cacophony of partisan point-scoring — the sole aim of which is to deny any credit to the government of the day and deflect focus from the strategic and security implications of what is by all accounts no mean achievement.

An important message to the nation. Watch. https://t.co/0LEOATgOOQ

Although the political opposition never fails to parrot a pro forma appreciation of the scientific community, it is quite apparent that they are extremely unhappy — even burnt up with jealousy and rage — over what has been accomplished, something that is reflected in their taking potshots at the political leadership, questioning its bona fides and its contribution to the success of what has happened.

Whether it is the nuclear tests of 1998, the ‘surgical strikes’ of 2016, the Doklam standoff in 2017, the Balakot air-strikes in February 2019 or the ASAT test on March 27, it is always followed by the same set of questions — Why now? What was the need? During our time, we had the same capability and had done the groundwork, so what’s the big deal?

And the most egregious — What was achieved? Was it even successful? Where is the evidence, and so on and so forth. That much of this is nit-picking and quibbling is clear even to those indulging in it, but that has never dissuaded anyone from being petty and puerile.

Questions about the need and timing of a development on security issues are a thinly disguised attempt to plant the seed of doubt in the minds of people and undermine the credibility of the government of the day. While the element of political gamesmanship cannot entirely be ruled out, the fact of the matter is that a country cannot wait endlessly for the most opportune time to test a new weapon technology or incorporate a new weapon system into its arsenal. Defence of the country cannot — and should not — be contingent on the election cycle.

Should the Atal Bihari Vajpayee government have done nothing about the Kargil incursions simply because the Lok Sabha had been dissolved and India was going for fresh General Elections? 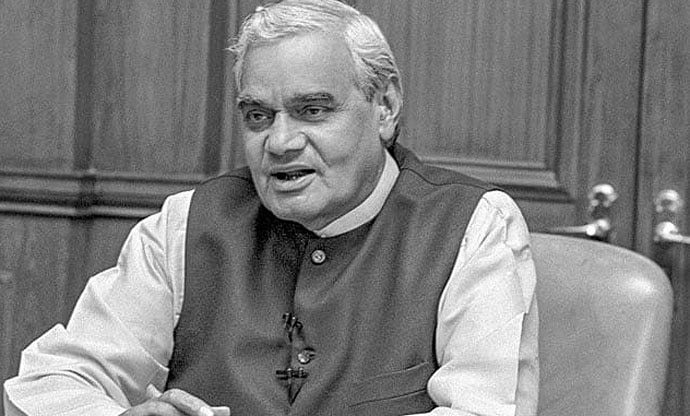 Atal Bihari Vajpayee's govt acted against the Kargil incursions, despite the country being headed towards elections. (Source: PTI)

There is therefore nothing wrong with the timing of the ASAT test.

The opposition’s concern that the test was timed to gain advantage in the elections is a little far-fetched because polls in India are never about one single issue — national security, in this case.

Of course, the fact that Prime Minister Narendra Modi took a decision without bothering about what the international jholawallah crowd will say goes to his credit.

If he gets a few extra votes for having strengthened India’s security (something his rivals could have done when they had the chance but refused to because they were more concerned about international opprobrium than they were about India’s security needs), then he deserves them. But it is a bit of a stretch to accuse him of timing the test with the elections because developing the capability to carry out such a test takes time. The former Defence Research and Development Organisation (DRDO) chief Dr VK Saraswat is on record saying that way back in 2012, India had the capability — but would have needed at least a year and a half before it could actually test its capability. This time period was at best an estimate and it could have taken longer, as indeed, it seems to have taken.

If some of the reports doing the rounds since March 27 are to be believed, the Modi government had given the go-ahead for this test back in 2014 when it came into office.

FM Arun Jaitley on #MissionShakti: The process started in 2014 after the PM gave the permission, it's a huge achievement, not only we have become space power but we are now in big four. We should not forget that tomorrow's wars will not be the same as yesterday's wars. pic.twitter.com/gEWdpVXWuz

It has clearly taken over four years (instead of the year and a half estimated by Dr Saraswat) to carry out a test. Should India have waited until the elections were over? Perhaps not. Because if the statements by some leading opposition figures are anything to go by, in the event of the change in government after the elections, it is entirely possible that the tests would have been scrapped and the capability mothballed, as indeed seems to have been the case in 2012 when permission to prepare for the test was not given.

The test was necessary because in the strategic environment India faces — in particular, the Sino-Pak nexus — we cannot afford to ignore the importance of space in a conflict situation.

With China already having demonstrated its ASAT capability, India had to join the race. Given the importance of space in India's development drive, and increasingly, in our security matrix — spy satellites, communications, etc. — not possessing an ASAT capability would leave us vulnerable to hostile action. Having demonstrated our capability, a deterrence of sorts has been put in place. What is more, the technology will also come handy in India's quest for developing an Anti-Ballistic Missile defence system. This is still a long way away, but the ASAT is an important step in that direction. 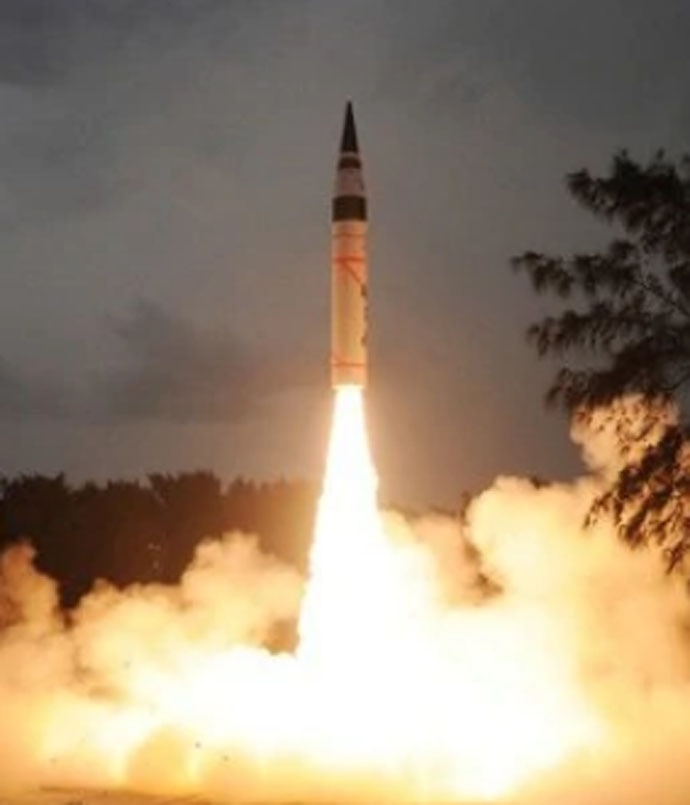 The test sends a strong message of deterrence to countries like China. (Photo: PTI/Representational image)

India might in principle be against the weaponisation of space — but once an adversary develops the capability, the only choice before us is to either join the race and develop a deterrence against any hostile action, or leave ourselves at the mercy of the enemy.

Let’s face it. No matter how much any country with ASAT capability forswears to not use it, a technology once developed cannot be undeveloped, and when push comes to shove, it will be used. It’s a bit like with nuclear weapons. Regardless of how committed anyone is to disarmament, the fact is that nuclear weapons cannot be uninvented. India, therefore, has no reason to be apologetic about demonstrating its ASAT capability. In fact, if anything, having demonstrated its capability, and joined a select group of countries with the same technology, India is now well placed to set the rules of the game, rather than follow the rules set by others, as happened in the case of nuclear weapons.

All good things also have their flip side. Having joined the race, it is now incumbent on India to not fall behind the curve on this technology. If anything, India will now need to invest a lot more on not just further developing this technology, building the institutional framework — Aerospace command — for handling the space dimension of security, but also protecting itself against counter measures that adversaries will seek to develop to deny India this capability.

In short, this is a new race which we will have to run. This means dedicating resources and drawing a balance between our development needs and defence requirements. It also means that Indian security establishment and India's political establishment needs to get over its 19th century mindset that seeks security in numbers rather than in quality equipment.

The days of large armies ensuring victory are long gone. The history of India is replete with cases where a smaller, faster force equipped with weapons that fired faster and farther than the adversary won the day in the battlefield. Today, armies with a technical edge, or the ability to counter the technical edge of the adversary, enjoy the advantage in battle.

India, unfortunately, has been focussing more on numbers rather than on quality, technology and modernisation — why else are we still flying 1960s vintage MiG 21s and still have a 1980s vintage Mirage 2000 as our frontline fighters, communication systems that are easily jammed and which are incapable of communicating securely with troops or even aircraft in an active operational setting as happened during the recent dogfight with Pakistani fighters. After Mission Shakti, India no longer has the option of not building its sinews in space because the very fact that the ASAT capability has been demonstrated means that in the event of a conflict, the adversary will be factoring this into his military calculus and will probably not wait for India to make the first move. India therefore will have to prepare for this eventuality and when crunch time comes, cannot be found wanting or wailing that ‘we just demonstrated capability but didn’t do anything more’.

Doing something more means spending money. But in a polity where politicians recklessly make promises to spend around 2% of GDP on a hare-brained income guarantee scheme, or think nothing before giving loan waivers, where will the money come from to fund defence modernisation?

Also read: Mission Shakti: India's satellite strike in space is as significant as its nuclear tests

Post your comment
#MIG 21, #2019 general elections, #Asat test, #Mission shakti
The views and opinions expressed in this article are those of the authors and do not necessarily reflect the official policy or position of DailyO.in or the India Today Group. The writers are solely responsible for any claims arising out of the contents of this article.