Mission Shakti: India's satellite strike in space is as significant as its nuclear tests

The ability to accurately destroy a satellite gives a powerful message to our adversaries. They are forewarned to not cross any red lines, even in space.

180 seconds from launch a little after 11.09 hours at the Dr APJ Abdul Kalam Island, India entered the elite club of nations with a proven capability to destroy a satellite in space. So far, only the United States, Russia and China had demonstrated the capacity by destroying a satellite in space.

With its space satellite strike, India has entered the elite club of the US, Russia and China. (Photo: ANI)

Dr VK Saraswat, former chairman of the Defence Research and Development Organisation (DRDO) who had spearheaded the programme, called it as significant as India’s nuclear tests to send across a message of deterrence to the world. The fourth dimension of warfare, space — after land, sea and air — has been successfully tackled by India. G Madhavan Nair, former chairman, ISRO, too hailed the development as 'historic’ and credited prime minister Narendra Modi for the "bold decision".

Prime Minister Narendra Modi earlier kept the nation on tenterhooks when he tweeted:

He finally addressed the nation at 24 minutes past 12 announcing the successful launch of the anti-satellite missile.

An important message to the nation. Watch. https://t.co/0LEOATgOOQ

Prime Minister Narendra Modi said that the achievement will have a historic impact on generations to come.

"In the journey of every nation, there are moments that bring utmost pride and have a historic impact on generations to come. One such moment is today. India has successfully tested the Anti-Satellite (ASAT) Missile. Congratulations to everyone on the success of #MissionShakti."

This is a major step towards India’s power projection and scientific achievement — given the fact that this is every bit an indigenous effort.

"This is not country-specific. This is a display of India’s ability to take down a satellite in space. A satellite in low earth orbit moves at the speed of almost 7,000 to 8,000 metres per second. To hit that satellite accurately requires tremendous scientific capabilities — and we have done it," Dr Saraswat said.

This is a demonstration that India has the ability to take out a hostile satellite in space in under three minutes.

There is another major achievement here — India has also tested the capability of destroying an incoming intercontinental ballistic missile (ICBM).

"The systems have been tested successfully to identify and interdict an incoming ICBM. A certain classified range of ICBM can be destroyed and that has been certified by the end users (armed forces) and work is on at an advanced stage to deal with different ranges of ICBM," sources in the ministry of defence said. 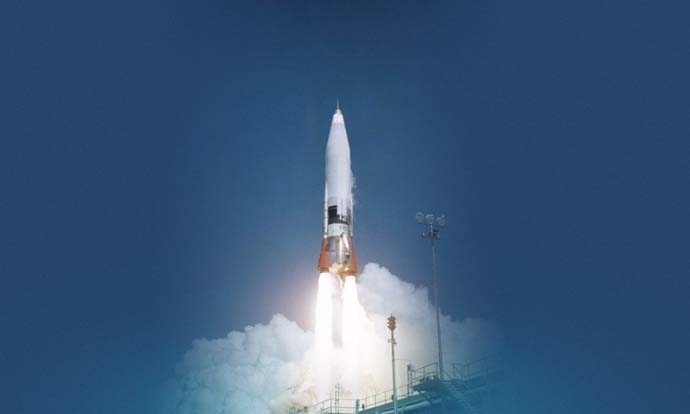 India has also tested its ability to destroy an incoming ICBM. (Photo: Twitter)

Like a nuclear weapon, the anti-satellite missile is a weapon of deterrence. The fact that a nation has the capability is a signal to the adversary not to cross the red line in space. If India’s space assets are threatened, there will be consequences for adversaries.

This is not the first time that the prime minister has announced India’s strategic capabilities. In November 2018, Prime Minister Modi had announced the successful completion of the first deterrent patrol of INS Arihant, India’s indigenous nuclear submarine. 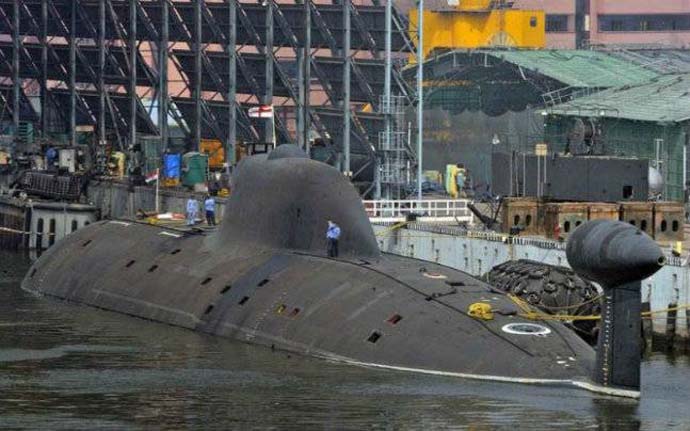 India has also displayed its intent to not only project power but also use the power. The air strikes at Balakot and the surgical strikes after the Uri terror attack are being seen as a game changer. Foreign secretary Vijay Gokhale was very clear when he said the air strikes at the Jaish-e-Muhammed training camp at Balakot was a preemptive strike.

For the adversaries, the writing is on the wall.

#Space, #Narendra Modi, #Lok Sabha elections 2019, #Mission shakti
The views and opinions expressed in this article are those of the authors and do not necessarily reflect the official policy or position of DailyO.in or the India Today Group. The writers are solely responsible for any claims arising out of the contents of this article.