In 2011, in an interview he did with me for India Today at his then new home off Aksa Beach, the living room cleared for his sons to play an occasional game of football, Irrfan Khan said: "We were taught at NSD to have courage. I never understood what courage had to do with acting. Now I do. As an actor, the minute you have the crutch of a map, you're gone. You have to trust your instinct, let yourself be free and see what comes."  The fine actor and even finer man that he is, he is now showing us a glimpse of that courage as he faces his toughest test. In a clear-eyed statement that addresses rumours related to his illness and his long and enforced absence from cinema, the actor speaks of how relentlessly cruel life can be.

"I had been in a different game," he writes. "I was travelling on a speedy train ride, had dreams, plans, aspirations, goals, was fully engaged in them. And suddenly someone taps on my shoulder and I turn to see. It’s the TC: 'Your destination is about to come. Please get down.' I am confused: No, no. My destination hasn’t come. No, this is it. This is how it is sometimes.” Atul Gawande who wrote one of the finest memoirs of dealing with impending mortality in Being Mortal: Medicine and What Matters in the End, said much the same thing: “As people become aware of the finitude of their life, they do not ask for much. They do not seek more riches. They do not seek more power. They ask only to be permitted, insofar as possible, to keep shaping the story of their life in the world – to make choices and sustain connections to others according to their own priorities.” Which is why almost as poignant as the words in his piece today on confronting a rare form of neuroendocrine cancer is the photograph accompanying it – of Irrfan lying relaxed on a sunlit patch of green, a hat covering most of his face, his legs akimbo. That is a man who is coming to terms with his present, accepting it, and submitting himself to it, without losing his dignity.

The worst aspect of being ill, as Gawande shows us, is that we lose our agency, our ability to control the narrative, to tell our own story. Irrfan Khan's gift to others and himself is this: that if living is a skill, dealing with the curveballs it throws you is the ultimate skill. I couldn't possibly put it better than Gawande: “When you are young and healthy, you believe you will live forever. You do not worry about losing any of your capabilities. People tell you “the world is your oyster,” “the sky is the limit,” and so on. 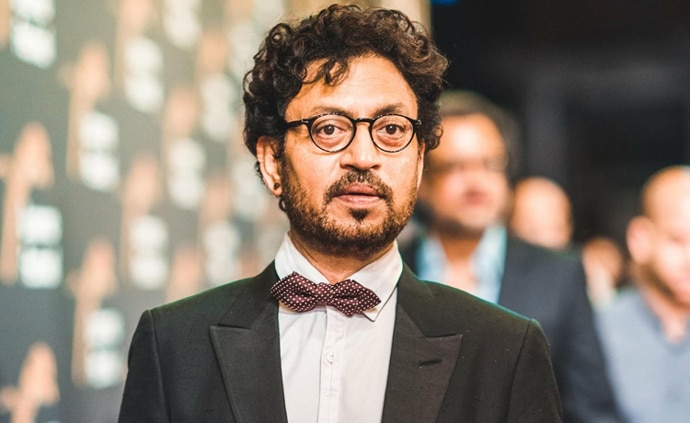 And you are willing to delay gratification – to invest years, for example, in gaining skills and resources for a brighter future. You seek to plug into bigger streams of knowledge and information. You widen your networks of friends and connections, instead of hanging out with your mother.

When horizons are measured in decades, which might as well be infinity to human beings, you most desire all that stuff at the top of Maslow’s pyramid – achievement, creativity, and other attributes of “self-actualization.” But as your horizons contract – when you see the future ahead of you as finite and uncertain – your focus shifts to the here and now, to everyday pleasures and the people closest to you.” In India, cancer is still a disease that is spoken of in hushed whispers, behind closed doors. In talking about his illness, Irrfan has liberated others trapped in a cycle of shame and despair. As Randy Pausch, my other go-to-guy-when-times-are-bad wrote in The Last Lecture: "It's not about how to achieve your dreams, it's about how to lead your life, ... If you lead your life the right way, the karma will take care of itself, the dreams will come to you.”

And what you achieve is a sort of bliss, of true freedom, which Irrfan speaks of: "For the first time, I felt what 'freedom' truly means. It felt like an accomplishment. As if I was tasting life for the first time, the magical side of it. My confidence in the intelligence of the cosmos became absolute. I feel as if it has entered every cell of mine.'' Indeed, Irrfan's very wise wife Sutapa Sikdar told me in an email interview for the profile I wrote on him for India Today: "We are reconciled to it now. What others achieve at 30, he will do at 40, and at 50 he will get to where others were 40." Only can only hope and wish Irrfan has many more decades to prove to us why he is the tortoise. The coolest tortoise of them all.