...because patriarchy affects both women and men. But Singh and Jonas are too cool to fall into its trap.

“Why is Priyanka Chopra with Nick Jonas? He’s not up to her mark!” said someone at a house party. It was a little late in the night, and we were a little uninhibited to hold back our collective anger over #MeToo. Why men can’t identify the invisible line between the acceptable and the unacceptable was the topic of discussion. She, however, had just come across an article about Priyanka and Nick’s wedding while lazily browsing through her phone.

“What’s wrong with him?” I probed.

In a post #MeToo world, several dialogues have opened up about the man-woman dynamics. It is still okay for a man to pay compliments to a woman. It is still polite to open doors, chivalry isn’t dead. It is still okay to share a drink, party, laugh, joke. It is not, however, okay to assume that one has power over another, simply by phallic virtues.

Yet, ‘power’ in some warped way, has come to be associated with ‘manliness.’

If you cannot one-up your woman — in style, in achievements, in celebrity, in just being in your skin — are you even a man?

If #MeToo drills the idea that ‘you don’t have the power over me,’ isn’t expecting the man to be 'manly' in the conventional sense another evil side to patriarchy?

The quiet, demure Nick Jonas, therefore, is more man than many for me, simply because he is comfortable letting Priyanka Chopra be the alpha in the relationship. Let Pee Cee lead from the front, he doesn’t mind trotting along behind. To let women step up, men have to be allowed to step back as well. (Photo: Twitter / @desigirl_3)

Conspiracy theorists (and towards this, I too lean) believe that the Nick-Priyanka wedding is more like a merger. The fact that both celebrities are managed by the same talent management agency definitely gives this ground. So the idea is that the agency sat Pee Cee and Nick down and told them how they could both benefit from this PR exercise. Perhaps there was a contract even. Even if that were to be true, the sheer fact that Nick agreed to ‘play’ the beta, and thereby alter his ‘manly’ image, perhaps irreversibly, is a win in itself.

Closer home is a guy on the same side of the table as Nick — but on the bang opposite end of the spectrum.

What we term 'wacky', 'quirky' or 'flamboyant' in Ranveer Singh is basically just sheer confidence oozing from his pores, irrespective of whether he’s clothed in a suit — or lehenga. The confidence to kick patriarchy where it hurts the most, and literally wear his attitude on his chest: No fucks to give. 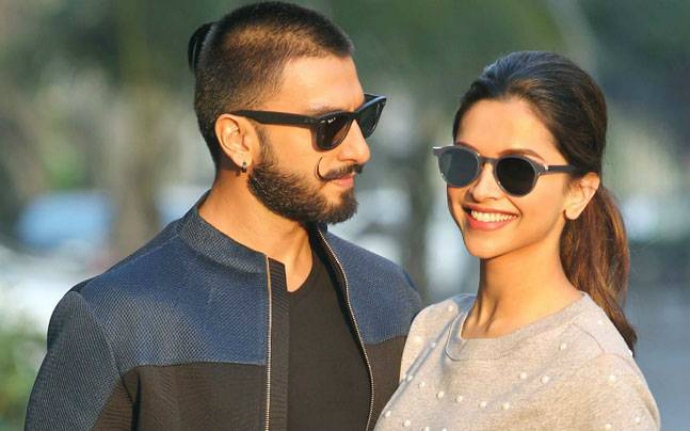 So while Deepika Padukone and Priyanka Chopra can inspire a million women to break stereotypes, Ranveer Singh and Nick Jonas should inspire men to do the same.

Because patriarchy affects both women and men.

Nick and Ranveer are simply bursting that bubble — one in a subtle way, the other in a not-so-subtle way. And in the process, paving the way for a post-MeToo world.

#Patriarchy, #Deepika Padukone, #Priyanka Chopra, #Ranveer Singh
The views and opinions expressed in this article are those of the authors and do not necessarily reflect the official policy or position of DailyO.in or the India Today Group. The writers are solely responsible for any claims arising out of the contents of this article.