Everyone was in the mood to seriously flash lots of skin, but Priyanka Chopra came to the rescue wearing a canvas tent.

The biggest, grandest fancy dress party, aka the Met Gala 2017 took place in New York yesterday, May 2, and every celeb worth her Botox/boob job was in attendance. Here's a look at who wore what for this year's theme: Rei Kawakubo, founder of Comme Des Garçons.

Chops to the rescue 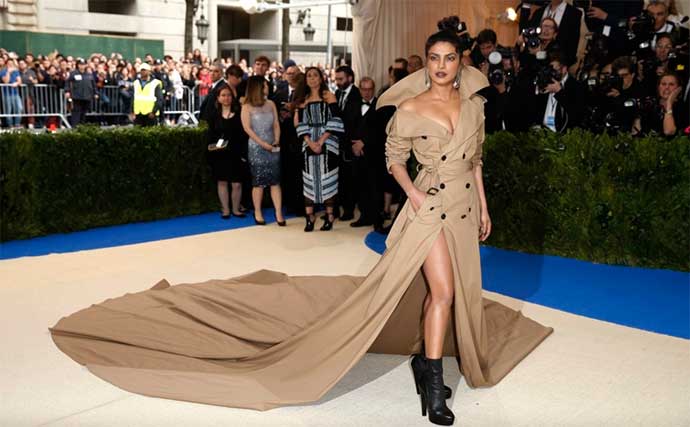 Everyone was in the mood to seriously flash lots of skin, but Priyanka Chopra came to the rescue wearing a canvas tent that could shelter as many as six celebrities from a freak storm in the city.

It even doubled up as a massive sweep for the red carpet - I mean, come on! When you've got Ralph Lauren on your side, why do this? Kylie Jenner came as Kim Kardashian from last year, who had come as Cher from a century ago. Body hugging, curves popping, nude-coloured gowns with appliqué and glitter was all the ennui that Jenner could muster in that lovely Versace gown... Next! 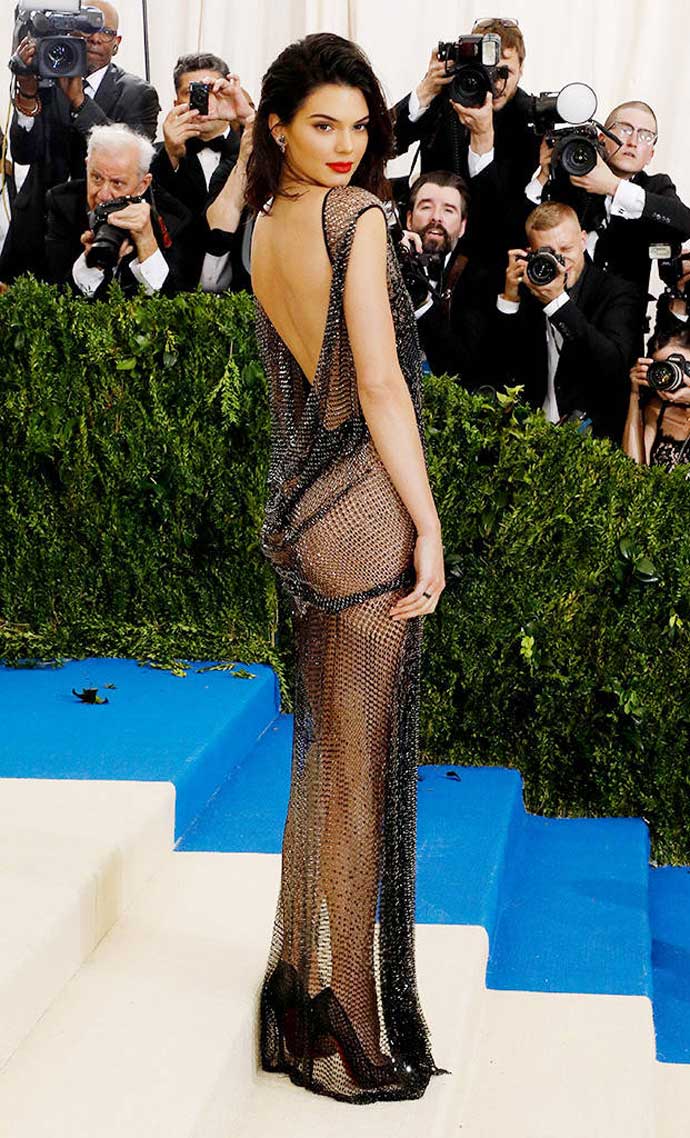 Gutsy was an understatement. Think more on the lines of attention-seeking-eyeball-grabbing lingerie-pretending-to-be-gown moment at the red carpet. And who better to pull it off than supermodel Kendal Jenner in a sheer creation from La Perla Haute Couture.

On second thought, if she had worn a princess prom dress, I would have probably fainted.

Canadian singer Abel Tesfaye, better known as The Weeknd, had two women connected with him living it out in extremes on the red carpet. At his arm was girlfriend Selena Gomez, who looked vanilla cute in a plunging gown in cream. On the other hand was his ex Bella Hadid who channeled her inner catwoman caricature in a chain-mail jumpsuit by Alexander Wang. Both sported a bob, but only one sported the guy.

For all the simplicity that Deepika Padukone has been favouring of late, her white satin gown by Tommy Hilfiger was absolute perfection. Fresh, elegant and beautiful in a womanly manner, the Grecian style was well paired with the studded hair ornaments. The look didn't go with the theme however and though she looked lovely in the dress, she could have taken a second opinion from OTT Ranveer Singh for some spunk. One has to give it to Rihanna - she sure knows how to dress up for a theme party! She actually wore a mad dress by Comme Des Garçons from the Fall 2016 collection to the event, complete with bright pink blush and an oriental top knot. Delightfully quirky, with a refreshing sense of maximalism.

The Ramsay Brothers would be proud of Katy Perry's blood-drenched red patches of cloth stitched together by Maison Margiela (not real blood, of course). Bold af, and that's great, but scary too if you imagine her walking on an empty road in the middle of the night. The headgear was cool, however, so props for that.

#Fashion, #Met Gala
The views and opinions expressed in this article are those of the authors and do not necessarily reflect the official policy or position of DailyO.in or the India Today Group. The writers are solely responsible for any claims arising out of the contents of this article.