Indians wouldn't be drinking milk if it weren't for Europeans

Since the mutation first developed only 7,500 years ago, it follows that the ANI arrived only after 5,500 BCE.

Picture a world where the pleasures of ice cream, kheer and rasgulla are unknown.

A land where there is no thayir sadam to follow sambar chawal, no box of sandesh arriving with the wedding card, no dahi bhalla option after you are done with paani puri or, where Sunday's go past without a kadhi chawal lunch.

We silently thank the hand of evolution that changed our dietary destiny and is responsible for making India the largest milk producer in the world, surpassing even the European Union.

For, our hunter-gatherer ASI ancestors who came from the HOME CAMP in the cradle of civilization, 45,000 years ago,were lactose intolerant.

Also read: Why Middle East, the Cradle of Civilisation, must abandon terror

Milk was baby food for they alone produced the enzyme lactase that digests the lactose sugar present in milk. It gave adults explosive loose stools.

Cows and buffaloes were unknown to man. Indian aurochs roamed the plains and hills. And while I very much doubt that milking the feisty aurochs was a possibility, a fine dinner roast they would have made.

Nor were the cousins who crossed over to Europe, 40,000 years ago, any different. Milk was toxic to the entire human race.

It was the ASI who grew exhausted of hunting and gathering first, almost at the same time as the folks back home in the HOME CAMP.

While the Europeans chased their wild-eyed aurochs vigorously, the ASI tamed the Indian auroch and changed it into our now beloved humped zebu cattle (bos indicus). It is said to have happened along the banks of the Indus 11,000 years ago (9,000 BCE).

At around the same time, somewhere in the westernmost part of the HOME CAMP, the ancestor of the European cattle (bos taurus) was domesticated.

It wasn't time yet for the zebu cow to grow into gau mata. In a lactose intolerant world, cattle were valued for their meat and the labour they provided.

That being said, there is likelihood of cattle being milked and the milk turned into ghee and curd i.e. yoghurt - the precursor of paneer and cheese. 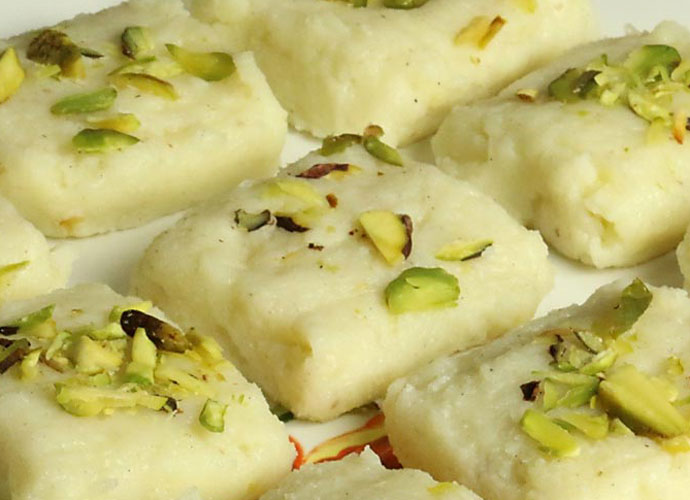 From the foodie’s perspective, milk, kheer or payasam, khoya barfi and gulab jamun, had been purely ANI food from 5,500 to 2,200 BCE.

Ghee, filtered clear of milk solids, was lactose-free. Curd, cleared of lactose by the lactobacillus bacteria that fed on it, was a lower calorie digestible alternative to milk.

While we are yet to find proof of the ASI milking their cows, perforated pots, dated to 7,000 years ago, containing residues of ancient curd or cheese have been found in central Poland.

This was the handiwork of farmers who had moved in with their herds of cattle from the HOME CAMP and settled along the river valleys of Europe. They lived alongside the hunter-gatherer cousins who had been there since the last 33,000 years.

It was a miracle that took place among these cattle-herders in Europe. Someone living on the plains of Hungary developed a mutation called 13910T.

It gave the person the ability to make lactase and therefore digest milk throughout his or her life. This person's descendants flourished and their numbers grew because of their massive dietary advantage. Most Europeans today are a descendant of that family.

A few other mutations that result in lactose tolerance have been identified in other populations living in Africa.

It, however, wasn't too much of a surprise when research discovered that we modern Indians, ie those of us who have a tradition of drinking milk, carry the mutation 13910T. We count, therefore, among our ancestors that are Hungarian.

The mutation was brought to India by our European ANI ancestors!

A point worth noting is that many Indians, especially those from the Northeast, do not have the mutation and yet drink milk, suffering all its ill effects, all because they have come to believe it is good for them.

Since the mutation first developed only 7,500 years ago, it follows that the ANI arrived only after 5,500 BCE. The genetic exchange programme between the ANI and ASI began only 4,200 years ago i.e. in 2,200 BCE.

It was then that we modern Indians became, in the words of a paleoanthropologist, mampires - ones who feed on the fluids of other animals.

Those, like the Australian aborigine and the Chinese, who didn't develop the mutation spontaneously or received it in the process of a programmed genetic exchange, continue to be lactose intolerant. Milk and milk products do not form a part of their diet.

From the foodie's perspective, milk, kheer or payasam, khoya barfi and gulab jamun, had been purely ANI food from 5,500 to 2,200 BCE.

Until an ancient pre 5,500 BCE Harappan pot bearing the remains of milk fat, curd or paneer makes itself available, we will have to thank our European ANI ancestors for all things milky.

Also read: Stop having milk, it makes you fat, gives you cancer

That the ASI learnt the art of making curd from the ANI must remain the assumption.

Clues to the contrary, however, may be found among animal bones at pre-5,500 BCE archaeological sites.

If cattle are raised primarily for dairying, calves are generally slaughtered before their first birthday so that their mothers can be milked.

But cattle raised mainly for meat are killed later, when they have reached their full size.

A second clue may be hiding in Manusmriti, which possibly was dominated by ANI thought. It labels stale foods and leftovers taboo.

One wonders if curd would be included among the taboo foods of the ANI and if it were so, it would bolster the belief that the ASI had learnt the science of curd making independently.

To them, then, would go the credit for shrikhand, sandesh, rasgullas, the Bengali pantua or kala jam, dahi bhallas and kadhi.

And yet curd, today, is part of the sacred foods being an essential ingredient in madhuparka and charanamrit.

Was it the ASI who placed it on the table of the gods and passed on the learning to us, their descendants - ASI and ANI hybrids?

As for the destiny of cattle in India, the water buffalo wasn't domesticated until 5,000 years ago i.e. 3,000 BCE, while the ANI and ASI still lived separately.

And in 1,000 BCE, zebu bulls from India were introduced in Africa where they became the African zebu cattle.

Centuries later they were taken to the Americas where they became the Brahminy bulls but that is another story.

#Milk, #Cows, #Evolution
The views and opinions expressed in this article are those of the authors and do not necessarily reflect the official policy or position of DailyO.in or the India Today Group. The writers are solely responsible for any claims arising out of the contents of this article.