Race to the Bottom: How racism infects sport, education, film and everyday life all around us

Prejudice is global. India is not immune. But the truth is indisputable. With slavery, colonialism and the treatment of aboriginal people, the West practiced racism on an industrial scale.

Prejudice has no national boundaries. It infects every profession — sport, film, science and politics.

James Watson won the Nobel Prize in 1962 along with Francis Crick and Maurice Wilkins for his work on the structure of DNA and for discovering that DNA was a double helix, shaped like a long, twisting ladder.

The discovery revolutionised our understanding of genetics, helped law enforcement to identify criminals, and is widely used in forensic science.

Watson himself though was both racist and homophobic. He once said it would be correct to abort a foetus if it carried genes that might predispose it, as an adult, to being gay. He declared that women scientists were "less effective than male scientists in the laboratory" — though they made lab work "more fun". 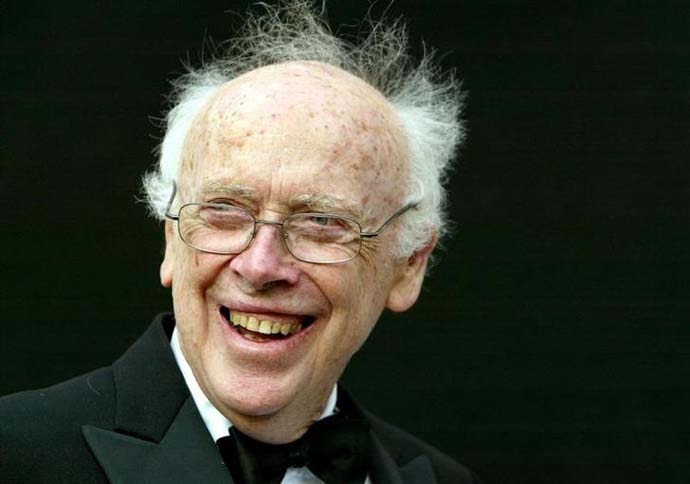 A genius? No, not really. Nobel winner James Watson himself was both racist and homophobic. Whither the IQ? (Photo: Reuters)

As if such brazen misogyny wasn't enough, Watson repeated his views in a recent Public Broadcasting Service (PBS) documentary, titled 'American Masters: Decoding Watson', that black people are less intelligent than white people because of "their genetics".

In the documentary, Watson said "his views about intelligence and race had not changed since 2007 when he had told a magazine that he was inherently gloomy about the prospect of Africa because all our social policies are based on the fact that their intelligence is the same as ours — where all the testing says, not really."

In an earlier interview with a British newspaper, Watson had said while he hopes everyone is equal, "people who have to deal with black employees find this is not true."

The reaction was swift.

After the new documentary was aired last year, New York-based Cold Harbour Laboratory — which Watson had once headed — stripped him of his honorary titles.

Watson's views have been condemned by scientists worldwide, who pointed out that IQ tests, when they are culture- and education-agnostic, show no difference between the intelligence levels of black and white people.

In American universities though, racism has taken on different forms. Harvard University is currently contesting a case alleging systematic bias in favour of white students — and against Asian students.

According to The New York Times, "The case is a departure from past challenges to race-conscious admissions because it argues that a minority group has been unfairly penalized in favour both of whites and of other minority groups. The plaintiffs say that the university holds Asian-Americans to a higher standard than applicants of other races and resorts to racial balancing to shape its incoming classes, in violation of civil rights law. It does this, the plaintiffs say, by manipulating aspects of its admissions process, especially non-academic gauges — including a 'personal rating' — that are hard to quantify. 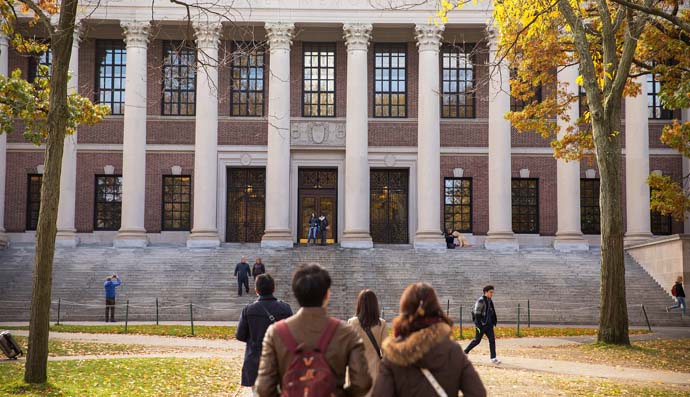 "Race's role in admissions is being debated at every level in education, from colleges to elite high schools to gifted elementary programs, and all of them will be watching intently for a broad ruling. The plaintiffs are trying to eliminate the use of race in the admissions process and accuse Harvard of not making a good-faith effort to consider race-neutral alternative policies to achieve its goals. Harvard says that it has; and that eliminating race as a factor would cause an unacceptable decline in diversity, which it values as part of its educational mission. The suit is tailor-made to go to the Supreme Court, and if it does, it could change the face of (Ivy League) admissions."

Racism in international sport too — especially football — is rampant.

During a recent European Cup qualifier between England and Montenegro, Jamaican-born Raheem Sterling, who scored England's fifth goal in a 5-1 win, was racially abused throughout the match with 'monkey' chants by Montenegro's supporters. The incident could lead to Europe's football governing body UEFA blacklisting Montenegro's stadium from hosting international matches — apart from levying a heavy fine.

The coach of the Italian club Napoli, Carlo Ancelotti, recently threatened to lead his team off the pitch if racist taunts against Napoli's black players continued. "We asked three times for the match to be halted because of racist chants," he said. "Announcements were made but the match continued. Next time we'll stop the match by leaving the pitch even if that means maybe forfeiting the match." Raheem Sterling, a brilliant player. And one who receives racist taunts. (Photo: Reuters)

Racism, of course, has deep roots planted over 350 years ago with the Atlantic slave trade from West Africa to the new British colonies in North America.

Decorated politicians like former British Prime Minister Winston Churchill swam in a pool of prejudice — as the otherwise laudatory 1,152-page biography of Churchill by historian Andrew Roberts published last year notes, Churchill fiercely opposed giving votes to women and held views — which he never recanted throughout his lifetime — on the "superiority of the white races". 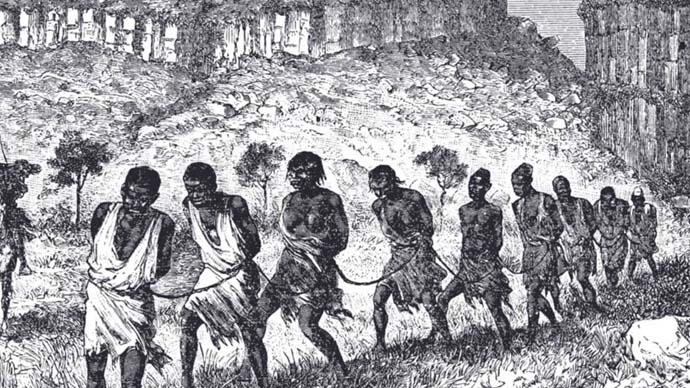 Racism has deep roots planted centuries ago. It includes the slave trade, colonialism and the treatment of aborigines by Western powers. (Photo: YouTube)

Recent developments across disciplines in science have revealed that all four races, known by their technical names — Caucasoid, Negroid, Mongoloid and Australoid — have a common East African ancestor. Indeed, the inhabitants of Britain — as recently as 8,500 years ago — were ebony-skinned but with blue eyes. Climate-based genetic mutations caused lower concentrations of melanin, leading to the development of pale skin and light hair among the evolving tribes of Western Europe, beginning barely 5,000 years ago.

Churchill's ancestors were African — so were James Watson's.

Prejudice is a global affliction. India is not immune. But extra-territorial crimes, like the African slave trade, colonial invasions and the horrific treatment of indigenous Aborigines in Australia and native Indians in North America, were projects of Western racism, carried out on an industrial scale.

In contemporary terms, the election of United States president Donald Trump was a reflection of white middle-class anger at being marginalised during the Barack Obama presidency. Trump continues to feed into this deep sense of grievance.

The fact that Harvard is contesting charges of prejudice now against the admission of Asian students, despite the overwhelming evidence, points to how entrenched race is in the American psyche.

Given the country's founding history, that ought not to be surprising.