Dynasty Vs Democracy: How feudal political families have ruined India's governance and representation

So feudal is our politics now, even single politicians like Mamata Banerjee and Mayawati have 'heirs'. This has ruined inner-party democracy and lowered standards of national governance too.

Banned by the Election Commission (EC) from campaigning for 48 hours for imploring Muslims at a rally to vote en masse for the Samajwadi Party-Bahujan Samaj Party-Rashritya Lok Dal gathbandhan in Uttar Pradesh, BSP chief Mayawati was in a quandary. She had a large rally planned in Agra on Tuesday, April 16.

Mayawati runs a tight ship. She has no deputy. Unlike other dynastic party leaders, she has no heirs either.

Or that’s what everyone thought.

Thousands who thronged the BSP’s Agra rally were all agog to see a young man occupying the throne-like seat usually reserved for Mayawati on the large stage. His name — Akash Anand, Mayawati’s 24-year-old nephew. Akash is known in the BSP’s inner circle as Mayawati’s successor. Feudal politics has become so viral in India that the entourages of even single politicians like Mayawati and Mamata Banerjee teem with nephews, nieces, sisters, brothers-in-law and uncles.

Mamata — who mocked dynastic politics in the Congress when she left the party in 1997 to start Trinamool — too has a nephew, Abhishek Banerjee, who makes no secret of the fact that he is Mamata’s heir. Dynasts no longer arouse surprise, much less unease. The Pawars feel no embarrassment giving a ticket to 28-year-old Parth Pawar to contest the 2019 Lok Sabha election from Maval in Maharashtra. Parth is Sharad Pawar’s grand-nephew and Ajit Pawar’s son. The fact that Sharad Pawar’s daughter, Supriya Sule, is already contesting the 2019 General Election doesn’t faze the Pawars. It’s a family business after all, and lucrative too.

The same insouciance is shown by the K Chandrashekhar Rao family in Telangana, Chandrababu Naidu’s clan in Andhra, and the late Karunanidhi’s son and daughter, MK Stalin and Kanimozhi respectively, in Tamil Nadu.

So has dynastic politics acquired respectability in India? Even the BJP, for decades opposed to dynasty, has succumbed. In Maharashtra alone, 40% of BJP candidates are dynasts.

The biggest culprit nationally is the Congress — with the latest addition of Priyanka Gandhi Vadra, the number of Nehru-Gandhis in dynastic politics since 1947 has climbed to seven: Jawahalal Nehru, Indira Gandhi, Sanjay Gandhi, Rajiv Gandhi, Sonia Gandhi, Rahul Gandhi and Priyanka Gandhi-Vadra.

But is dynasty all that bad? After all, it keeps the party cadre faithful. It is paternalistic. It motivates. It prevents internal dissent.

In the BJP, Yashwant Sinha and Shatrughan Sinha were allowed to abuse Prime Minister Narendra Modi for years without being expelled. They eventually left the party voluntarily.

If senior Congress leaders like P Chidambaram or Sheila Dikshit had dared publicly abuse Rahul Gandhi, Sonia Gandhi, Priyanka Gandhi Vadra or even Robert Vadra in the way the two Sinhas daily mocked Modi, they wouldn’t have lasted in the Congress for a day.

The toxic arrogance of dynastic politics was highlighted recently. Thiruvanthapuram MP Shashi Tharoor was injured on the head during a temple ritual. The injury required several stitches. All the King's Soldiers, All the King's Men: A heavily bandaged Tharoor was campaigning in Thiruvanthapuram. (Source: @ShashiTharoor)

After a day in hospital, a heavily bandaged Tharoor was up and about campaigning. He was accompanied in Thiruvanthapuram by Rahul Gandhi who praised his colleague: “I was worried when Tharoor was hurt. I am happy to see that he was back in action. It tells you about his spirit. As Congress president, I am telling you, he represented you well in Parliament. He speaks for you in Parliament. He is an asset for Kerala.”

An asset for Kerala?

Rahul, of course, is an asset for India

In a non-dynastic party, where leaders are chosen on merit, not on surname, Rahul wouldn’t stand a chance in a straight ‘primary’ contest with non-dynast Tharoor.

In the United States, for example, over a dozen Democrats are vying to be the party’s presidential nominee to challenge President Donald Trump in the 2020 election.

Such a primary in an Indian political party is unthinkable.

The BJP did have a behind-the-scenes contest in 2013 for the prime ministerial candidate between LK Advani and Narendra Modi. The matter was resolved in a uniquely Indian way during the national executive council meeting in Goa in June 2013. Modi was made — to Advani’s great annoyance — the BJP’s election campaign chief. Three months later, in September 2013, the Rashtriya Swayamsevak Sangh (RSS) asked then-BJP president Rajnath Singh to announce Modi as the party’s prime ministerial candidate for the 2014 Lok Sabha election.

There were no primaries — but it was no dynastic walkover either, as in the case of Akhilesh Yadav, Tejashwi Yadav, Omar Abdullah, Mehbooba Mufti, MK Stalin and a whole host of others. 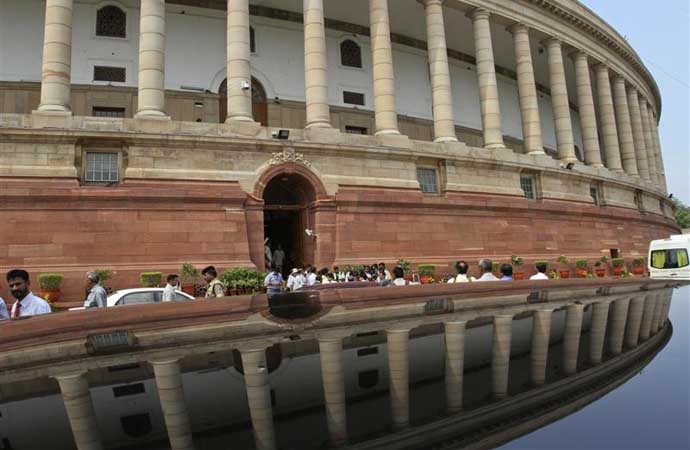 What you see, and what you get: Indian democracy is being hollowed out by dynastic politics. (Source: Reuters)

But again, is dynasty really so bad? And again, I have to repeat why, yes, it is so bad.

Let me quote from a chapter 'Political Dynasties Beget Poverty' in my book The New Clash of Civilisations: How the Contest between America, China, India and Islam will Shape Our Century:

“The first president of the United States, George Washington, took office in 1789. Since then, only thrice has a single family produced more than one US president: John Adams (1797-1801) and his son John Quincy Adams (1825-1829); William Harrison (who died in office after serving for just a month in 1841) and his grandson Benjamin Harrison (1889-1893); and of course, most recently the two George Bushes — exceptions that prove the centuries-old rule in American politics: dynasties don’t work.

“The purpose of democracy is to widen voter choice — not narrow it. By choosing dynasts over professionals, parties limit the choice voters might have had otherwise and lower the overall level of competence in Parliament.”

The chronic bedlam in the Lok Sabha underscores how narrowing the choice available to voters — by promoting often incompetent political dynasts — has diminished Indian democracy.

#Congress, #Nepotism, #Rahul Gandhi, #Dynastic politics
The views and opinions expressed in this article are those of the authors and do not necessarily reflect the official policy or position of DailyO.in or the India Today Group. The writers are solely responsible for any claims arising out of the contents of this article.