No, Dimple. Azam Khan's comments cannot be whitewashed in whataboutery. There is a time women leaders have to stand up for women. You just missed that crucial occasion.

What Samajwadi Party leader Dimple Yadav said about her party veteran Azam Khan’s derogatory comment aimed at Jaya Prada is a textbook example of how not to indulge in whataboutery. That Mulayam Singh Yadav and Akhilesh Yadav wouldn't say a word against Azam Khan as Rampur is all set to go to the polls on April 23 was certain.

But Dimple Yadav’s statement comes as a shocker — and deserves absolute condemnation.

SP leader Azam Khan and now-BJP leader Jaya Prada are sworn enemies — their enmity goes back to the 2009 Lok Sabha Elections when Azam Khan, it has been alleged, distributed morphed photos of Jaya Prada (she was in the SP at that time) to defame her. Now that the two arch-rivals are fighting against each other in Rampur, it was expected that abuses would fly thick and fast.

But that there would be little condemnation from party insiders — including women — was shocking.

In a recent public gathering, Azam Khan said that the people of Rampur took 17 years to know the true colours of a certain person. But in 17 days, Azam Khan knew that person wears khaki underwear.

To Dimple Yadav’s ears, this comment rings as a ‘chhoti chhoti baatein’ remark and to SP leaders and supporters, Dimple Yadav’s sharp comeback — when she said that the media should concentrate on bigger issues of women's empowerment that the Akhilesh Yadav government brought into effect — rings as a clap-worthy statement. 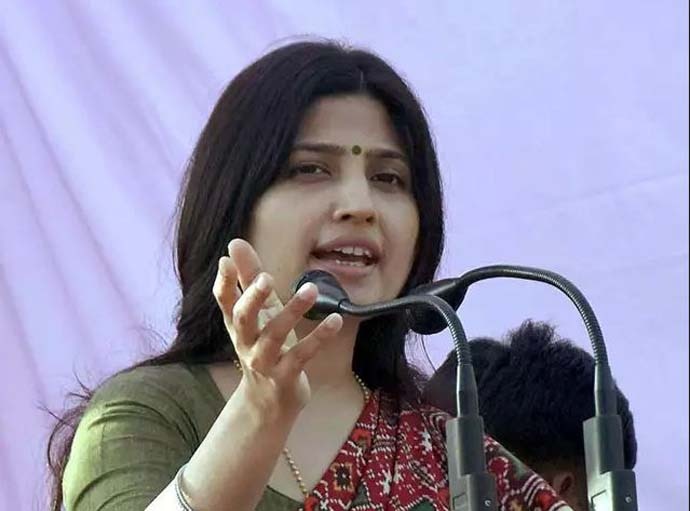 Clearly, Dimple Yadav doesn’t know that women can’t only be empowered through welfare schemes. They will feel empowered when every misogynistic word uttered against them ever is dealt with strongly — not only by state machinery like the Election Commission but also by people in power.

Dimple, all are equally shameful and deserve strong words of condemnation from all leaders, cutting across parties and genders.

In this entire episode, what is painful is that Dimple Yadav may have risen to power on Yadav clout, but has become a politician on her own strength. During the UP Assembly Elections in 2017, when the BJP attacked the Congress-SP-BSP trio stating 'Kasab', it was Dimple Yadav who redefined the acronym, saying this ‘Kasab’ stands for Computer, Smartphone and Bachche’.

In the face of a strong Modi wave in the 2014 Lok Sabha Elections, when most SP MPs lost their seats, Dimple won Kannauj — the Yadav family seat.

Her victory this time is also guaranteed when Kannauj goes to the polls on April 29 — but it’s unfortunate that she lost a valuable opportunity to champion true women's empowerment, rising above the Yadav family, above the SP, above the interests of winning from Kannauj.

Also Read: Azam Khan is assaulting Jaya Prada through his speeches. EC should ban him from contesting in Rampur

#Lok Sabha elections 2019, #Azam Khan, #Jaya Prada, #Dimple Yadav
The views and opinions expressed in this article are those of the authors and do not necessarily reflect the official policy or position of DailyO.in or the India Today Group. The writers are solely responsible for any claims arising out of the contents of this article.