From eating joothan to foraging for morsels: 'My ironic cookbooks remind us how food is caught tightly in the web of caste'

Artist Rajyashri Goody talks about the politics of access and privilege surrounding food, in her cookbooks that are inspired by food mentioned in autobiographies by Dalit writers.

“Eat the joothan with relish. Lick it all up. If the baratis have not left enough scraps on their pattals denounce them as gluttons. Your elders might narrate in thrilled voices stories of baratis that had left several months of joothan.”

- Joothan, 2018, displayed at the exhibition ‘Revelations’ at Harvard University by Rajyashri Goody

Laddoos made out of Manusmriti pulp were displayed as a rebellion against the hierarchies of caste. For Rajyashri Goody, a Pune-based artist, the politics of food and hunger expressed through her ongoing work on creating recipes from mentions of food in Dalit autobiographies is her way of challenging the prevalent caste oppression in the country. Since 1929, Dalit activists have been burning the Manusmriti as part of their protest to reject the laws relating to caste.

To remove that power, she made pulp out of its pages to show that this text that has brought so much horror and pain to people for thousands of years is also just paper in her exhibition ‘Eat with Great Delight’.

Recently, her work was part of an exhibition titled 'Words of Her Seeing' at the Ahmedabad-based Museum of Conflict. Born in 1990, Goody’s navigation of caste through cookbooks, which are more about the access of ingredients that are a sign of privilege and the subversion of it through verses culled out from Dalit writings, makes her work political — and important in a landscape of oppression. A symbol of great power: But caste oppression is still far from over in 21st century India. (Photo: PTI)

Her ‘Eat with Great Delight’ comes from the name of a recipe she created from Dalit writer Omprakash Valmiki’s autobiography, ‘Joothan’ (2003) — she writes in the book, “Valmiki captures seemingly contradictory emotions of shame, hunger, satiation, and celebration that can surround the Dalit experience, in this case in relation to ‘joothan’, the practice of gathering leftovers from upper caste wedding feasts.”

Her booklets are then about memories and experiences of food she comes across in Dalit autobiographies.

In 2017, at the Khoj International Artists' Association, her installation called ‘Namak Halal’ included rock salt, red chillies and wire. “In some marginalised Dalit communities, when times are tough, it is not uncommon to eat the two ingredients plain, accompanied with bhakri and perhaps some oil or raw onion. ‘Namak Halal’ is both a celebration and a mockery, balancing narratives of food, taste, and memory with those of caste, power, access, and authority, simultaneously drawing on the playfulness and performativity of extravagant political rituals (or statements) such as magnificent garlands of flowers or banknotes,” she writes.

Along with many artists from the community who are challenging the hegemony of what they call 'Brahmanical art' through their powerful depictions of oppression based on their experiences, Goody stresses that her art occupies the space between personal and political. 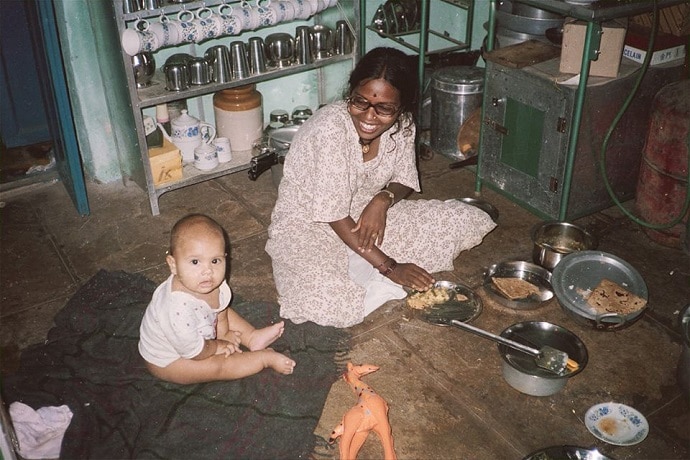 Everything political about it: The simple act of cooking and eating are fully imbued with caste in India. (Photo: Facebook/Rajyashri Goody)

Dalit communities have had a very complex relationship with food because of access. In a way, her ironic cookbooks are an ode to this writing that contains everyday resistance.

She speaks to me about her practice and caste.

What are your thoughts on the phrase ‘Dalit art’?

I'm quite proud of being identified as an artist of Dalit heritage — I openly use the term throughout my practice. At the same time, I understand that some artists don't wish to associate with the word all the time, even if they are Dalit and their artwork discusses caste because there is a tendency to then compartmentalise our work.

It's important to recognise that those having caste privilege don't even have to deal with such debates, whereas artists from minority backgrounds will always be put on the spot about their heritage, no matter how successful they get. In fact, I think the more successful a Dalit artist gets, the more they might be attacked for not living up to other people's standards of what they think a Dalit artist ought to be.

It's a tough debate, and not one I can easily pick a side for, especially because of the privilege that comes through because of my mixed heritage.

Is there greater visibility for art by artists from the Dalit community, that talks about oppression or the experience?

There is visibility, but only in certain pockets of the art world — and there's hardly any space for Dalit artists at the top rungs. It's complicated, because when a topic gets too much attention, there's the constant threat of it turning into a 'trend', and to have centuries of oppression turned into a trendy topic for a bit of time is a very dangerous thing.

Unfortunately, my optimism in life is fading and I'm realising that perhaps that's just how the art world functions. The good thing is that there are more and more artists speaking about the Dalit experience with strength and pride and resilience, and as much as art institutions and galleries would like to turn a blind eye to this (because this would mean reckoning with their own caste privilege), it's getting harder and harder for them to do so.

I've been very lucky in this whole order of things, I guess, at least in terms of being invited to art residencies and getting some interesting fellowships. Because I come from a visual anthropology background, my focus has always been more a bit more academic and research-oriented. Perhaps that's helped me focus on my work and not really take the art world too seriously and get caught up in its trends and anxieties.

I'll be making work on the same topics even after they've stopped being in vogue because that is my personal and social responsibility. 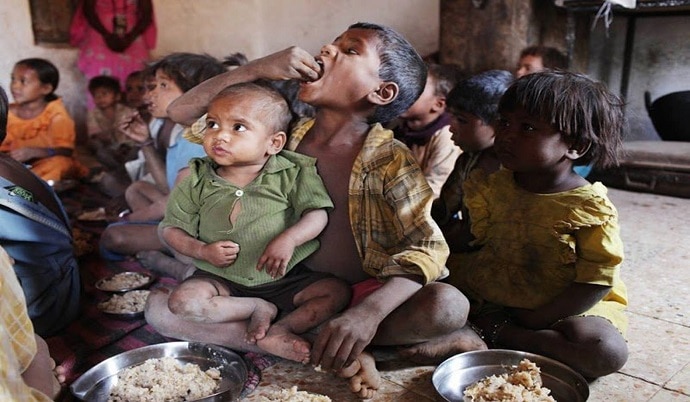 From foraging to leftovers: Goody seeks to bring India's culinary apartheid to centrestage with her work. (Photo: PTI)

Your show with recipe books made with Dalit literature speaks about the community's experience with food. How did the idea come about?

I've always been interested in how power structures reveal themselves in everyday spaces, such as food and eating, combined with who gets to write our history, our culture. Cookbooks are seen as very basic, simple, accessible literature, but I wanted to problematise them by asking questions such as:

Dalit communities have had a very complex relationship with food because of access — and so with feelings of shame attached to favourite foods, it's also virtually impossible to write a cookbook without focusing on these layered experiences.

Anyway, I found all my answers in autobiographies in the end, and I really look at the Dalit autobiography as this all-around history book, geography book, cookbook, everything. The way Dalit writers have put down their food experiences bring out its true weight and are powerful narratives of their everyday resistance. My ironic cookbooks are an ode to this writing and a reminder that something as seemingly simple as food is caught tightly in the web of caste.

What is your next project — and it difficult to get galleries to showcase such work?

I'm just building on my previous works at the moment, writing more cookbooks, making more ceramics, making more paper. As an extension of food, the relationship between nature and caste is playing a stronger role in my practice today.

I haven't presented my work that much, but having said that, I've been part of some very exciting exhibitions, Harvard in Boston, the Showroom in London, and most recently with Indigo+Madder at Asia House in London. I also had my first solo this year at Clark House Initiative, so I'm not complaining, just hope to keep my head down and keep working. The Clark House Initiative, Knots gallery and Conflictorium are doing powerful work, and the artists and curators associated with these institutions are truly some of the most inspiring people I've met.

It's important that we have more such alternative spaces to foster solidarities and deeper research and practice amongst artists from minority communities.

Post your comment
#Dalit food, #Rajyashri goody, #Indian secularism, #Dalits
The views and opinions expressed in this article are those of the authors and do not necessarily reflect the official policy or position of DailyO.in or the India Today Group. The writers are solely responsible for any claims arising out of the contents of this article.