If the ‘bringing in of caste’ into these awards annoys you, you are probably a Hindu upper caste.

The announcement of Bharat Ratna awards by the government recently has been met with some heartburn, with the Karnataka Congress upset that the award did not go to seer Shivakumara Swami, and Baba Ramdev wondering aloud if ‘being Hindu was a crime’, as Mother Teresa, a Christian, had received the honour, but not ‘Hindu hermits’.

What Owaisi says is neither new, nor untrue.

Ever since the awards were instituted in 1954, an overwhelmingly large number of its recipients have been Hindu upper castes.

According to a list doing the rounds on social media, of the 48 awardees so far, 23 have been Brahmins.

Coincidence? Not at all.

The Bharat Ratna is conferred “in recognition of exceptional service/performance of the highest order” in “any field of human endeavor”.

The list of recipients shows two things — first, caste continues to be the deciding factor of who manages to flourish in India, and second, even to bestow our highest civilian honour, successive governments can’t be bothered to look beyond their immediate line of privileged vision.

This is exclusion on two counts — Dalits, Adivasis, Muslims and other subalterns struggle to access resources that can enable them to render “exceptional service/performance”, and even when they manage to do so, they are overlooked by a system that is either too lazy to go scouting for deserving winners, or assumes that only certain surnames are worthy of certain honours.

The two persons from so-called lower-castes who have managed to win the award are Dr BR Ambedkar (in 1990) and K Kamraj in 1976 — two persons who had proximity to political power thanks to their long years spent in public life.

Basically, when the Hindu upper castes deciding the awards felt the urge to be inclusive, they looked around, seized on the most prominent Dalit/Muslim they could find, and duly honoured him/her.

And the prize went to tokenism.

Of course, there will be those who will question the need to ‘bring caste into everything’, and wonder why we can’t celebrate the achievement of the winners as ‘Indians’.

All those asking this question will be upper, or at least, dominant castes. 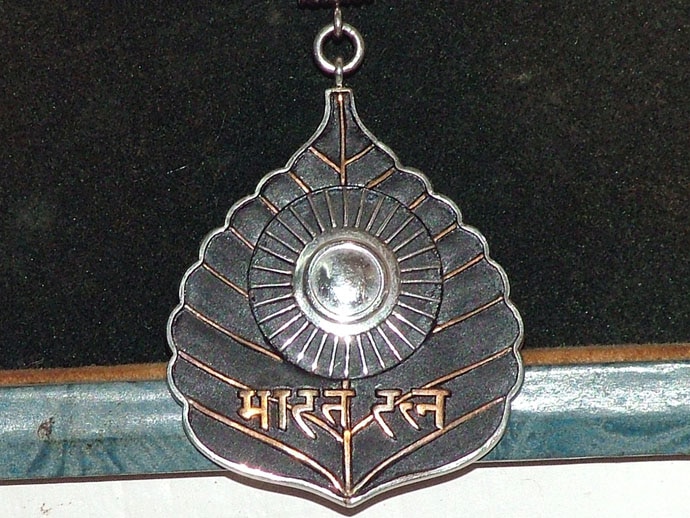 An award too big for gods of small things? (Photo: Wikimedia Commons)

Here’s the thing: those pointing out the lopsidedness of the award distribution are not bringing caste into it — caste never left it. This is how the circle of privilege operates in India. Resources, opportunities, influence, power are closely, zealously hoarded by a few. And these few find newer, more sophisticated, more diabolical ways to keep out ‘the great unwashed’.

Why doesn’t Kancha Ilaiah, one of the foremost scholars and academics of our time, deserve the Bharat Ratna?

Why doesn’t Sujatha Gidla, once a researcher associate at IIT Madras, a software application designer in New York, now the first Indian woman conductor on the New York City subway and the author of Ants Among Elephants, deserve a Bharat Ratna?

Why doesn't Ruskin Bond, Indian author of British descent, beyond the families and familiarities of traditional caste, whose pen weaves words of magical love, deserve the Bharat Ratna?

Again, these are all prominent Google-able names. They fall outside traditional circles of privilege but surely, it’s the government’s job to honour those ‘Ratnas’ whose work otherwise goes unsung?

Giving the Bharat Ratna to subalterns would mean greater visibility to the awardee, and give their communities icons to celebrate and take inspiration from. Apparently, the government does not really want that to happen, and is happy to keep honouring former prime ministers and presidents. 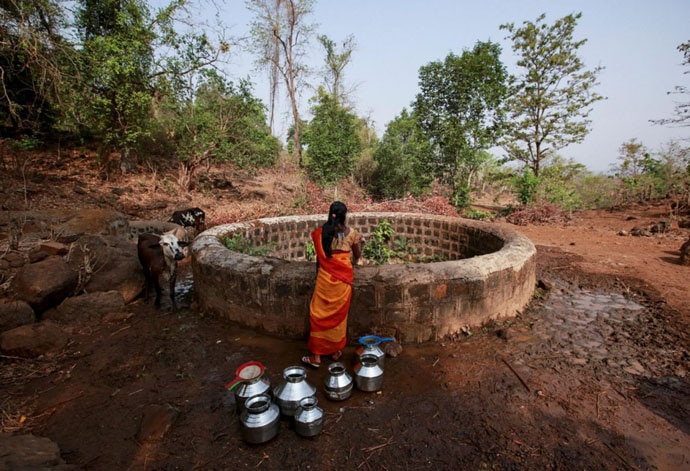 From cordoning off wells, we now have a more sophisticated structure of exclusion in place. (Photo for representation: Reuters)

This careful curating of awardees is a more insidious, and hence more dangerous, kind of untouchability — the brightest of subalterns are apparently not deserving enough for the country’s highest civilian order.

From the more obvious exclusions of cordoning wells and schools off, these clubs of privilege have invisible, but more difficult to penetrate walls.

If the government — irrespective of the political party in power — wants the Bharat Ratna awards to retain their credibility, it needs to cast wider for recipients.

So far, the awards have only been caste-about.

#Dalits, #Caste system, #Brahmins, #Bharat Ratna
The views and opinions expressed in this article are those of the authors and do not necessarily reflect the official policy or position of DailyO.in or the India Today Group. The writers are solely responsible for any claims arising out of the contents of this article.