Goodbye, Venice: Inspiration to artists, writers and lovers, the legend is now sinking, in crowds, climate hazards and callousness

Venice can still take your breath away. But the truth is, the famed island city is choking to death and no one seems to care enough to stop this.

The Venetian mask is a study in contrasts and contradictions.

In the living museum city that was meant to evoke sighs because of its unique, ornate architecture, historic buildings, and innate romanticism, today, the mask has become a symbol of irony as tourists in hordes arrive here, pushing those who are residents to hide behind its anonymity. There is an inherent duality that exists in the city where, on the one hand, the authorities are desperate to fatten their dwindling coffers through tourism — on the other, they want silence to return to a city where life was once simple and soulful.

This is the city that served as muse to Shakespeare (Merchant of Venice), this is where the Venice Film Festival is held every year, and one of the most anticipated art events, the Venice Biennale, draws people from all walks of life. People come for the history, for a brush with romance, for the magic of hand-blown glass at the Murano and Burano island glass factories, even for the tiramisu and gelato.

Stars such as George Clooney and his wife Amal got married here and the Hotel Cipriani is one of their favourite haunts as it is for stars like Salma Hayek and her husband Francois-Henri Pinault who got married here too.

There’s so much to love in Venice — but that, quite literally, is also its problem as the city struggles to stay afloat. 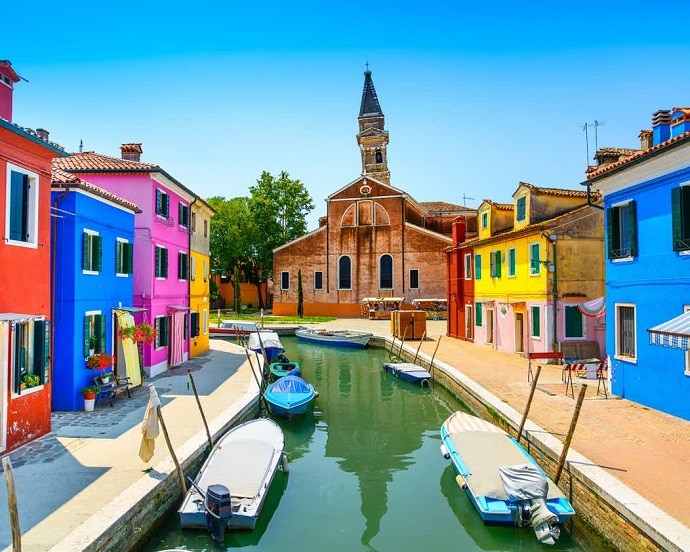 Untouched... not for long: Murano island is a must-visit site for tourists looking for Insta photographs. (Photo: Facebook/Tiqets)

The craziness hits home the moment you land and stand in the immigration queues. An estimated 30 million visitors, many of them day-trippers, make their way to Venice every year and the city is bursting at its seams, especially in summer. The heat and mugginess that has become par for the course in June-July make tempers run high as one can barely walk a step or two in the historic zone without stepping on someone’s toes.

Chances are though that these won’t be the toes of a Venetian, as the original city dwellers have all fled — leaving a mere 50,000 of the originals who still call Venice home.

The swarm of tourists, the rising waters, an exorbitant cost of living, high taxes, lack of employment opportunities, overrun homes and overcrowded transportation systems have been too much for many who prefer to remember a Venice that was kind and gentle; a place they proudly called home. As Elisa, our tour guide, who grew up in Venice, tells us, “We all left but keep returning as tourism means money.” Her father bought one of the wooden motor boats that hotels use to ferry luxury-conscious guests from one part of the island to another and he booked a wooden pole on the Grand Canal to park his boat when not in use well before he bought the boat.

The waitlist for one of these seemingly innocuous poles is endless as space is at a premium.

We spend over two hours in the immigration queue as, despite the swelling numbers, there are only two counters operational.

The crowd builds and tempers have to be held in check but those directing the human traffic avert their gaze, apparently oblivious to the churn. The frustrating exercise is repeated on the way out too. One would imagine that authorities would be prepared for the summer mobs — but they clearly don’t care or are frustrated with the shape of things in the city every summer and apparently want the tourists to suffer. Tourist overload: The quiet, serene Venice of the past is long gone and so are the local Venetians. (Photo: Reuters)

The problems in Venice are plenty. For one, rising sea levels in the Adriatic, coupled with climate change, has meant that the number of acqua alta or flood days has risen dramatically over the last few years; there were over 100 days of high tides in 2018 alone.

The lagoon on which the city rests is also sinking, partly because of the indiscriminate use of groundwater over the years and in part because the foundation of the buildings that were built here centuries ago are no longer as strong.

Add to that the burden of mass tourism, the spate of cruise ships that come here to dock for the day which, in turn, cause huge waves that erode the lagoon — you have a recipe for disaster. Environmentalists have been pushing for a complete ban on big cruise ships entering the lagoon which is already pushed to the limit — but Venice is also fattened by the fee that these docking ships pay the authorities and no one wants the party to end. 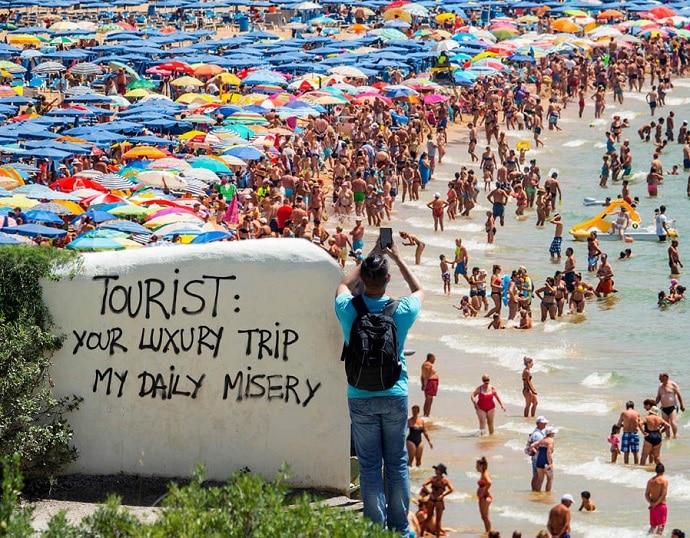 While a billion dollar project called MOSE has been in the pipeline since 2003 to prevent the sea water from entering the lagoon during high tide through the installation of flood-protection walls, the project is still showing no signs of completion — and the mayor was even arrested on charges of corruption associated with this very project.

Seabed erosion, illegal clam harvesting and improper construction in some parts have all compounded the existing problem.

While Venice was made a UNESCO World Heritage Site in 1987, there are murmurs that it could be stripped off this honour if it doesn’t clean up its act soon.

Some even argue that it should be put on the UN’s list of endangered cities. While the local authorities have plans of introducing a tourist tax starting next year to ward off the day trippers and those hopping off cruise liners, many experts are not hopeful that this will resolve the overcrowding problem. It seems a classic case of too little, too late. 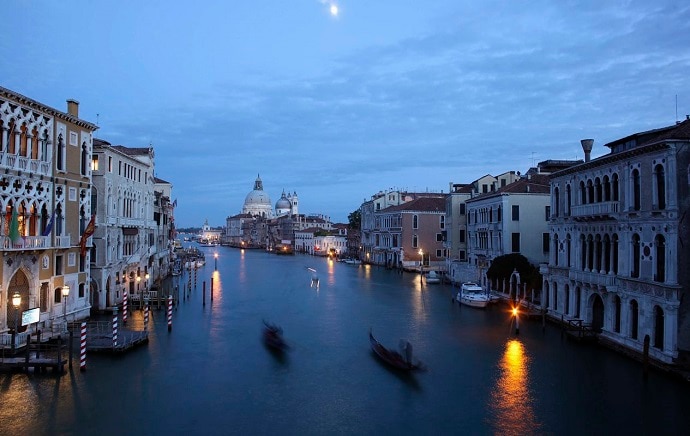 On some nights, if you stay up past midnight and stand underneath the shadow of the St Mark’s Basilica, or walk across Rialto Bridge, you see glimpses of the old Venice, one which was a thing of such intense beauty that it evoked strong emotions in almost everyone who chose to visit it.

That Venice remains hidden, shrouded by its modern-day veneer and false bravado, waiting to be rescued by those who choose to look beyond the present and care enough to restore the city to its original wonder.

Also read: Ramayana of India, Loved in Indonesia: How the great Indian epic ties India to Asia and ASEAN