Ramayana of India, Loved in Indonesia: How the great Indian epic ties India to Asia and ASEAN in an unbreakable bond

Being a Muslim-majority country has not prevented Indonesia from embracing the Ramayana fully. India should leverage the great love Asia has for this epic through creative diplomatic and strategic ways.

To mark 70 years of diplomatic ties between India and Indonesia, Jakarta released a special commemorative stamp — what is unique about this gesture is the fact that the stamp was premised on the Ramayana, India’s legendary epic.

As per a statement by the Embassy of India, “The stamp, designed by renowned Indonesian sculptor Padmashri Bapak Nyoman Nuarta, featured a scene from Ramayana in which Jatayu valiantly fought to save Sita. A specially signed version of the stamp will be on display at the Philately Museum in Jakarta.” One can observe the growing strategic significance of the overarching ASEAN region as the cynosure of all eyes from the global prism. The ASEAN countries are among the fastest growing economies, as an addendum to India and China — they are also among the most favoured for foreign direct investments. From a strategic perspective, the region is key because it remains in the middle of Asia, the Indian and the Pacific oceans.

As a case in point, Indonesia has grown as a significant country, taking rapid strides in the ASEAN region. In one of his statements, the previous US secretary for defence, James Mattis, called Indonesia a fulcrum in Southeast Asia. In a first time for the country, Indonesia has also recently completed voting to elect their president, vice-president and members of national, provincial, and local assemblies, all at the same time.

India has not just transformed the Look East Policy to Act East Policy but has also set up a special Act East department under the Government of Assam, to continue specific and sustained efforts aimed at the ASEAN countries. In addition, India has also begun to pursue relations with the ASEAN countries through enhanced soft power diplomacy — by highlighting civilisational links.

Therefore, the special commemorative stamp released by Indonesia comes as a certain enabler towards the same.

Prime Minister Narendra Modi in one of his addresses affirmed how the Ramayana connects India and the ASEAN region. “The Ramayana continues to be a valuable shared legacy in the ASEAN region and the Indian subcontinent,” he said. When it comes to enhancing cultural and soft power diplomacy with ASEAN member countries, India has kept Ramayana and Buddhism as the main catalysts in forging deeper, meaningful relationships.

At the ASEAN-India commemorative summit held in January 2018, New Delhi invited cultural groups from the eight member-countries of the ASEAN region to present performances based on the Ramayana. 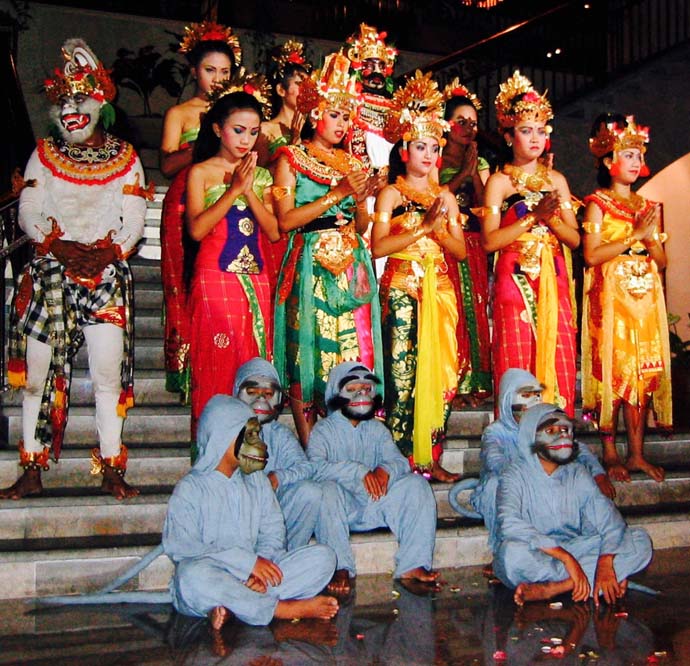 In relation to Indonesia, Sonal Mansingh, member of Parliament, in one of her columns titled Ram Diplomacy, had succinctly written of how Indonesian President Joko Widodo had once hosted Prime Minister Narendra Modi and members of the visiting delegation for a special meal — During the banquet, he surprised all attendees with a small box containing a figure depiction of a famous character of the Ramayana.

Indonesia’s fascination towards Ramayana is not new — the country has taken inspiration from both Sage Valmiki’s Ramayana and Tamil poet Kamban’s Ramayana and thus, the Ramayana remains in the imagination and cultural milieu of the country.

Indonesia has also hosted the International Festival for Ramayana, inviting countries from the Indian subcontinent and Southeast Asia to perform in the field of theatre. I vividly remember 13 years ago, in 2006, I first visited Bali Island to represent India at the International Festival of Ramayana. We were an ensemble from the Chinmaya Yuva Kendra that performed Kamban Tharum Katchi, Ramayana from the eyes of the Tamil poet Kamban. The sound and light show had playback songs by inspirational singers SP Balasubrahmanyam and Vani Jairam, among others.

The play that had a Balinese translation at the end of each scene was warmly received by the native population. The festival had participation from the US as well and it was heartening to see the participants of the ensemble from the US were also non-resident Indians. That is perhaps the impact Ramayana has from a global perspective.

In May 2018, during Prime Minister Narendra Modi’s visit to the country, both Widodo and Modi signed a MoU between the Layang-layang Museum in Jakarta and the Kite Museum of Ahmedabad — at the signing of this MoU, both countries jointly organised the first kite exhibition on the theme of Ramayana and Mahabharata at the national monument in Jakarta. What is pertinent to note here is the fact that the Ramayana part of the proceedings was organised by the Indonesian curators and organisers. 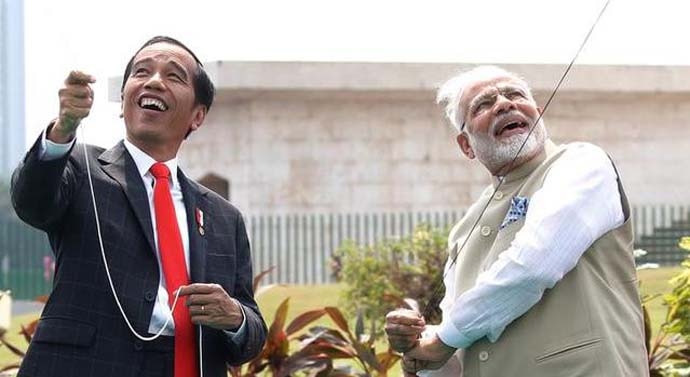 Being a Muslim-majority country has not prevented Indonesia from embracing the Ramayana in unique ways — each and every interpretation deserves careful study and analysis. The performers of the famous Ramayana ballet at the Prambanan temple are all Muslims — even when it is during the occasion of Ramzan; the performers participate while observing their customary fast. Going beyond barriers: Despite being a Muslim-majority country, Indonesia has embraced the Ramayana with total love. (Source: PTI)

In fact, the first time Indonesia actually released stamps featuring characters of Ramayana was back in 1962. India-based N Sridevi, who has collected over 300 stamps in the last two decades, featuring scenes from the Ramayana, has commented on how Ramayana’s expanse in Southeast Asia is discernible in countries like Indonesia and Thailand, where they have taken to represent the epic in several ways. In her possession are stamps dating back to 1962 that were released by the Indonesian government then, with select scenes from the Ramayana.

She has also gone on record to state, “The epic originated in India but has been a source of artistic inspiration to countries across South-East Asia and references to it can be found in the cultures of Indonesia, Malaysia and the Philippines. Indonesia does a Ramayana ballet.”

The Ramayana has always traversed Indonesia with a variety of interpretations of it. Another very interesting example is of the Ayu Balan dance troupe from Bali that seeks inspiration from Sita in the Ramayana. The troupe leader — a Muslim named Bulan Trisna Djelantik — has affirmed that the Ramayana goes beyond the barriers of ‘religion’ and spoken about the fact that it is a philosophy of life and integral to every house in Indonesia.

For the people of Java, their culture is not possible without the Ramayana.

In 2012, this ballet was anointed by the Guinness Book as the most continuously staged performance in the world. Bulan Trisna Djelantik, a Muslim artist, has affirmed how the Ramayana goes beyond the barriers of religion. (Source: Wikimedia Commons)

In order to give appropriate strategic focus to the immense potential of growing soft power diplomacy between India and Indonesia, as a first step, Indonesia could be included in the Ramayana circuit that is envisioned and implemented by the Ministry of Tourism, Government of India. India has successfully ensured that Nepal is an active and enabling part of the Ramayana circuit. Therefore, the time is ripe for countries in the ASEAN region, in specific, Indonesia, to be brought into the Ramayana circuit.

“In today’s global information age, victory often depends not on whose army wins, but on whose story wins,” once asserted American political scientist John Arquilla. This underlines the vital significance of soft power and the emerging need to strongly communicate in order to carve a global winning narrative.

The expanse of Ramayana in Indonesia and ASEAN countries is a story that must be keenly observed as it is evolving as time goes by. What is now needed is a futuristic strategic dimension to cement these soft power relations into civilisational pillars.

Also read: Why bringing Ram and Sita to welcome passengers of Ramayana Express is smart business sense from Indian Railways

#Sonal Mansingh, #India-indonesia relations, #Indonesia, #Ramayana
The views and opinions expressed in this article are those of the authors and do not necessarily reflect the official policy or position of DailyO.in or the India Today Group. The writers are solely responsible for any claims arising out of the contents of this article.