Stop focusing just on calories: It is the quality of food that matters over quantity of calories

Instead of counting your calories, choose them well for a healthy body and weight management.

If you think your big ticket to losing weight is to be able to put a lid on the number of calories you eat every day, it’s time you woke up from this daydream. Because research is now showing that counting calories are outdated and not effective, and the way to lose weight is very different from from the conventional wisdom drilled into our heads for decades that weight loss boils down to calories in, calories out.

A study led by Christopher D. Gardner, the director of nutrition studies at the Stanford Prevention Research Center and published in the journal JAMA, conducted research on 600 people.

The results showed that those who did not worry about counting calories or limiting portion size and decided instead to cut back on added sugar, refined grains and highly processed foods while concentrating on eating plenty of vegetables and whole foods lost significant amounts of weight over the course of a year. Simply cutting back on these isn't enough! (Photo: Reuters)

The study found that the above-mentioned strategy worked for everyone whether they followed low-fat diets or low carbs diets and the results did not get influenced by their genetics or their insulin-response to carbohydrates. A clear indication that whatever the DNA makeup or the tolerance for carbs or fat of a person be - the above strategy (of eating more of the good foods instead of the bad) works splendidly across the board. So those who capitalise on offering people personalised nutrition advice tailored to their genotypes (blood groups, ability to metabolise fat, carbs etc) need a rethink. And those who fall for such claims need to junk such ideas. 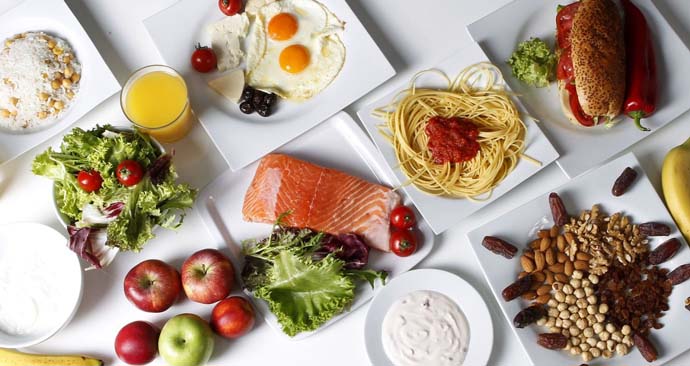 It is your diet’s quality — not quantity — that helps you manage weight in the long run. (Photo: Reuters)

The research lends strong support to the fact that it is your diet’s quality — not quantity — that helps you lose and manage weight most easily in the long run. Clearly, the obsession over calories is a waste of time and effort. Instead, we should use that energy and time to perfect strategies to avoid processed foods made with refined starches and added sugar. This is the road map to reducing weight effectively.

Dr Gardner writes that many of the people in the study were surprised — and relieved — that they did not have to restrict or even think about calories. I too believe that it’s about time we un-shackled ourselves from the scary demon called calories and emphasised on ‘good’ food instead.

It is not that calories don’t matter — it is quality over quantity.

And like I always say, if you focus on scoring nutrition (and nutrients), the calories actually take care of themselves. The best part is that this way you will reduce the number of calories you eat painlessly, without obsessing over them or adding to your stress levels.

#Weight loss diet, #Calories, #Healthy eating, #Healthy food
The views and opinions expressed in this article are those of the authors and do not necessarily reflect the official policy or position of DailyO.in or the India Today Group. The writers are solely responsible for any claims arising out of the contents of this article.