Why it's great being a 'Bong' in India

You want to judge us? Wait, let us grab the aalu'r chop-muri and cha while you talk.

Twelve years of living in Maharashtra taught me two things.

One, never — even by mistake — call a man ‘kaku,’ for it means two very different things in Bengali and Marathi.

Two, calling out to someone as ‘bhaiyaa’ is accepted only if you speak Hindi in a Bengali accent. Which I do.

When anti-Bihari sentiments were spilling over in 2008, I watched our college and university gates in Pune being sealed to keep the mad mob from getting in.

Pune is a city of students, which is to say we had a fair mix of aspirants from every part of the country coming there to join Symbiosis and Fergusson and others. 'Bhaiyaa' was the keyword, the outcome is the stuff history is made of now. But I could never stop uttering the word — blame it on years of practice that had turned into a habit. No one batted an eyelid though. Some would even humour me with “Khub bhalo” while others decided it was safe to discuss Dada aka Sourav Ganguly with me. I ought to be a fan — I'm a Bong, right? I am a fan, but that’s beside the point.

What at the time seemed a tad annoying now seems like a narrow escape.

Why wasn’t I, or at least my extended all-Bong friends circle back then, subjected to discrimination?

I think I’ve finally got it. 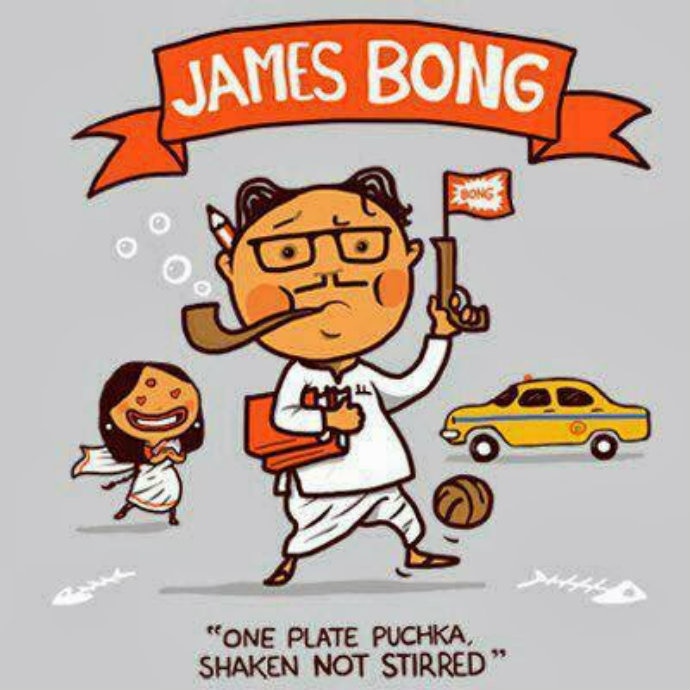 You see, no one gets the ‘jio aur jeene do’ sentiment quite like we Bongs do. (No, I am not talking about Reliance Jio here, please).

We don’t just get it — we live by it. You might think we’re too lazy to react or too engrossed in our maachh-bhaat or Rabindranath Tagore — both equally and utterly engaging, by the way — but in fact, we are the no-fuss kind of people India needs today.

Let me show you.

That the Bengali exodus in Ashoke Kumar-Shashadhar Mukherjee’s Bombay Talkies cemented the way for the likes of Hrishikesh Mukherjee is something you’d easily be able to decipher if you’re a film buff.

But since then, even though Hindi cinema has turned into a full-blown celebration of North Indianness, Bengalis — directors, actors, singers, music directors, those working behind the scenes — have slyly remained in the equation. And it’s a barter deal too. No other region in India, with a fully functional film industry of their own, has accepted Hindi cinema quite like Bengalis have. Does Shah Rukh Khan stand a chance next to Rajinikanth in Tamil Nadu? No way. But Deb and Shah Rukh can dance at the box office — and we’d dance with them. 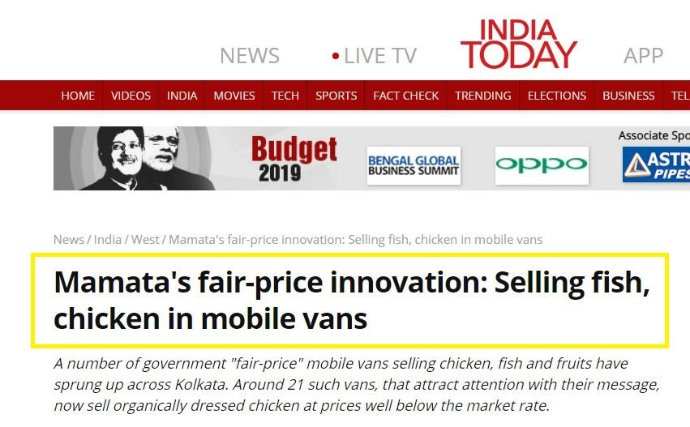 Maachh ado about nothing! (Source: Screengrab/IndiaToday.in)

While the country may be debating Hardik Pandya and the lack of 'bhodrolok' in cricket, a discerning Bong probably tuned into a Mohun Bagan vs East Bengal football match. You want to judge us? Wait, let us grab the aalu'r chop-muri and cha while you talk.

Talk Chinese food or Mughal cuisine, South Indian cuisine even, and Bongs have lapped them off. No food is too alien — or too holy — for us. We’ll eat everything — and then write an opinion about it too. You mess with us — and we’ll eat you too. While the Centre has barely managed to think beyond the colour scheme of the Indian national flag, Bengal has stuck to its traditional red and white — both at the ‘pujo’ sabha and the ‘puro’ sabha. Yet, the rest of the country didn’t seem to see it as a threat. Okay, we’re not red and white anymore, but we’re still stuck to our roots — Trinamool!

The ‘jio aur jeene do’ sentiment is perhaps the best explanation for whatever we saw happen this week in Mamata Banerjee’s Kolkata. And something that comes after jio aur jeene do — the 'mess with us and we hit back' part. Let a certain section believe we’re lazy, let another assume we’re too self-involved, let still others feel we have our heads buried in food and books — but if the comfort of those books and food has taught us anything, it is that ‘ei besh bhalo achhi!’

Yes, that makes us the tortoise in the story.

#Bengali culture, #Sourav Ganguly, #Shah Rukh Khan, #Mamata banerjee dharna
The views and opinions expressed in this article are those of the authors and do not necessarily reflect the official policy or position of DailyO.in or the India Today Group. The writers are solely responsible for any claims arising out of the contents of this article.