North Korea and South Korea are firing missiles. Why?

North Korea fired 23 missiles on Wednesday (November 2), including one that landed less than 60km off the South Korean city of Sokcho. In response, South Korea's military fired three air-to-ground missiles over the disputed maritime demarcation line.

North Korea fired 23 missiles today over 10 hours. The first 2 salvos contained 4 and 3 SRBMs respectively. The 3rd and 4th salvos contained 10 and 6 missiles, which reportedly included a mix of SRBMs and SAMs, though the exact breakdown is unclear. @CSIS @csis_isp pic.twitter.com/d8cp2uBSZ2

What are North and South Korea saying? Even though both countries have launched the missiles in the South territorial waters, this is the first time North Korea has launched a missile this close to South Korea since 1953 (the time since the peninsula was divided).

North Korea warned that there would be more severe consequences if South Korea keeps on strengthening its ties with the US. Experts believe North Korea is indicating a nuclear attack, by launching its inter-continental ballistic missiles. 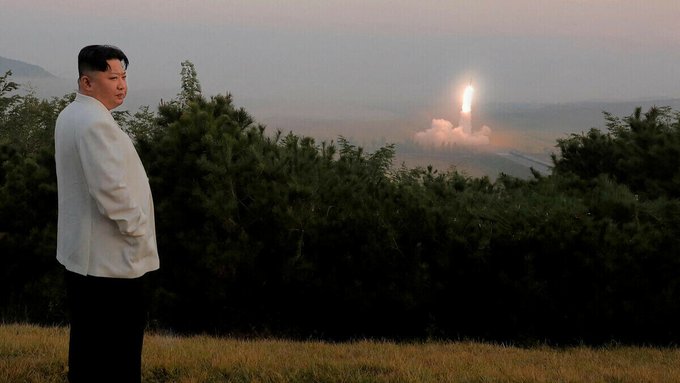 Seoul called it an "unacceptable" breach of its territory. President Yoon pointed out that "North Korea's provocation is an effective territorial invasion by a missile that crossed the northern limit line for the first time since the division." White House national security spokesperson John Kirby told Reuters that the North Korean launches were "reckless" and said the United States would ensure it had the military capabilities to defend its treaty allies South Korea and Japan.

Even though North Korea is not very outspoken regarding its policies on missiles and other nuclear tests, experts are predicting a few possible reasons. Till October 2022, North Korea has launched at least 24 missiles as a part of their testing. North Korean leader Kim Jong-un sees these drills as proof that his enemies are preparing for a war. A statement by the North accused the US of "escalating military tensions on the Korean peninsula".

Allies and enemies: As US-China competition intensifies, China has drawn North Korea closer. South Korea and North Korea have grown further apart, with a new conservative government in Seoul eager to side with the West and take a harder line against North Korea.

North Korea may want to take advantage of instabilities in the region for its own good.