Scotland just made period products free for everyone. Where do other countries stand?

The law will make period products available for free of charge in all public facilities including in Scotland Photo: DailyO

For the longest time, women have wanted free access to period products across the world. Scotland has now became the first country in the world to make period products like tampons and sanitary pads free for "anyone who needs them."

What does the law say?  The new law will make period products free of charge in all public facilities including in schools and universities in Scotland.

The law will make sure that the:

This bill was passed by unanimous 121 votes in favour with 0 against and 0 abstentions.

Why this law? Monica Lennon introduced the bill in 2019 with the aim of tackling "period poverty", which is when some people who need period products struggle to afford them.

According to her, "women, girls, and people who menstruate should never face the indignity of period poverty."

??Women, girls and people who menstruate should never face the indignity of period poverty.

?Free period products have been widely available in communities ahead of the Act taking full legal effect tomorrow. https://t.co/8Kx3o543cZ

Recent data shows that 500 million people around the world lack access to menstrual products and hygiene facilities. And due to Covid-19, rising inflation and the supply breach of sanitary pads due to the Russia-Ukraine War has made period products more difficult to access for people who menstruate. Hence, this step for Scotland comes at a much-needed time and as a relief for women.

Period laws in India: Only 18% of Indian women use menstrual hygiene products. A variety of factors contribute to this, such as poverty, a lack of understanding, and social taboos. We don't have any legal infrastructure that allows women in India the right to take menstrual leave.

Government-approved period leaves are only offered in Bihar. State government officials announced in January 1992 that all female employees would receive two consecutive days off every month.

The Menstruation Benefits Bill, 2017 was introduced in Parliament by MP Ninong Ering from Arunachal Pradesh. According to the bill, women working for public and private establishments registered with the central or state governments were entitled to two days of menstrual leave every month, or 24 days in a year. There are, however, some private companies, including Byju's, Zomato and Culture Magazine that provide their female employees with this benefit.

Even though GST for sanitary napkins is nill in India now, other products like tampons and menstrual cups still have to bear the load of GST. 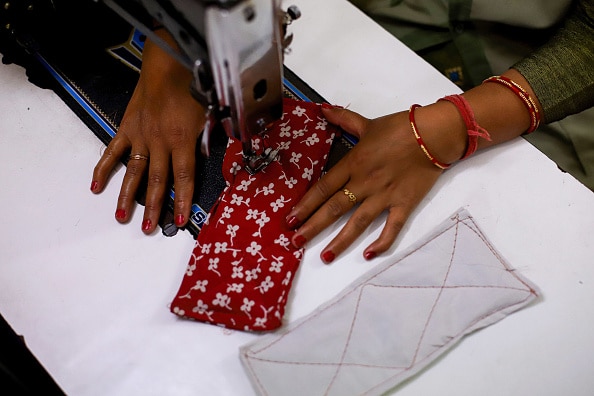 Several organisations in India are working for the benefit of women and providing them with sanitary napkins at an affordable rate, but we still have a long way to go before period products are avaialble to those who need them.