The meaning behind Día de Los Muertos or the Day of the dead has evolved. Here’s how

The Day of the Dead or Día de Los Muertos is a festival meant to honour the loved ones who have passed, which starts on October 31 and generally lasts till November 6.

For those who love watching James Bond,  the festival might ring a bell for you. Remember when Bond (Daniel Craig) makes his way through Mexico City’s Day of the Dead celebrations in the opening scene of Spectre (2015).

Director Sam Mendes said: "One of the things that are said about the Day of the Dead celebrations is that Los Muertos Vivos están/the dead are alive." That has a direct bearing on our story.”

Though the festival has its roots originated from Mexico and Latin America, now it is celebrated all across the globe.

What does this festival mean? The festival is generally meant for the Catholic and indigenous people. Especially on the first two days of November, people gather to honour the lives of their loved ones through altars, ofrendas (a kind of home altar), and festivities.

What are the origins? Da de los Muertos can be traced back to the Mayans and Aztecs (a Mexican civilisation), who honoured the dead for decades before the Spanish colonisation in the 16th century.

According to mythology, the veil that conceals the realm of the dead suddenly disappears during the first two days of November, allowing the living a few fleeting minutes of reunification. Altars are built to house offerings, or ofrendas, that guide the dearly departed to their loved ones, wherever they may be.

I wanted to share this with kindred. This is my Día de Muertos ofrenda (Day of the death altar) 💀🪦❤️#DiaDeLosMuertos #DiadeMuertos2022 pic.twitter.com/g0cUsgXkXm

The tradition is also similar to Halloween, as apart from the dead, it also focuses on other activities like giving each other treats, candies, traditional food and skulls.

Fun Fact: In 2008, the tradition was inscribed in the Representative List of the Intangible Cultural Heritage of Humanity by UNESCO.

How the festival's meaning is changing? The festival, which was originally intended to honour the deceased, is now also a time to lament the loss of loved ones. This year it was significant in communities affected by recent school killings in America. For instance, Robb Elementary School in Uvalde, Texas, was the site of a mass school shooting last May when an 18-year-old killed 19 students and two teachers. 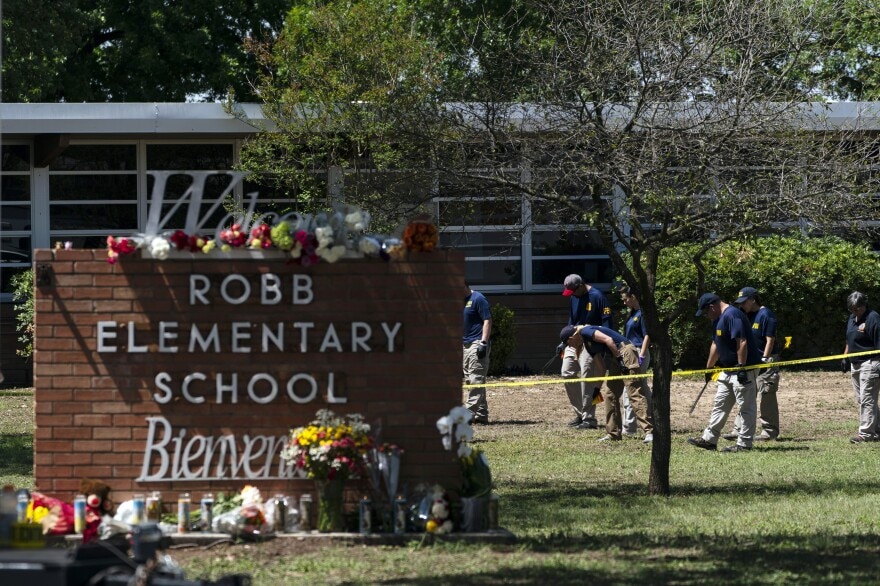 How did they celebrate it? Families and friends through this festival, predominantly Latino community, tried their best to put their pain aside to honour tradition and celebrate the lives of loved ones who have gone – and the lives that were taken by the gunman.

Dozens gathered on Wednesday afternoon at the Hillcrest Cemetery, near the school, where many of the victims are buried, to pay their tribute to the kids. The families also started a rally, parade, and decorated shrine at the Texas Capitol to mark the festival. This was done to get the government’s attention with a demand for tighter gun laws in Texas.

So far, the United States has ranked highest in the world in terms of the number of school shootings and mass shootings, and festivals like this seek to cast light upon the circumstances in which Americans find themselves.