Having spoken of mass incarcerations during his presidential campaign, claiming cannabis shouldn’t land people in jail, US President Joe Biden addressed the problem of cannabis related incarcerations on Thursday.

Too many lives have been upended because of our failed approach to marijuana. Hear from @POTUS on the three steps he is taking to right these wrongs. pic.twitter.com/IqOxHxjgue

In an official press release, Biden addresses the growing concerns of the racially disproportionate levels of cannabis-related incarcerations over the United States and issues federal pardons to those convicted of simple cannabis possession.

"Sending people to prison for possessing marijuana has upended too many lives and incarcerated people for conduct that many states no longer prohibit,"
- US President Joe Biden in the press release

Biden’s statement comes amid the recent introduction of the Cannabis Administration and Opportunity Act, or the cannabis bill, that seeks the decriminalisation of cannabis on the federal level and allows states to set their own cannabis laws without pressure from the central government.

The US President’s statement marks a sharp roundabout from his prior stance on cannabis legislation in the past. When asked about Biden’s two cents on the new cannabis bill, White House Press Secretary Jen Psaki told reporters that Biden’s stance on marijuana legalisation hasn’t changed and that the President did not support the decriminalisation of the drug on a federal level.

The Cannabis Administration and Opportunity Act would essentially, 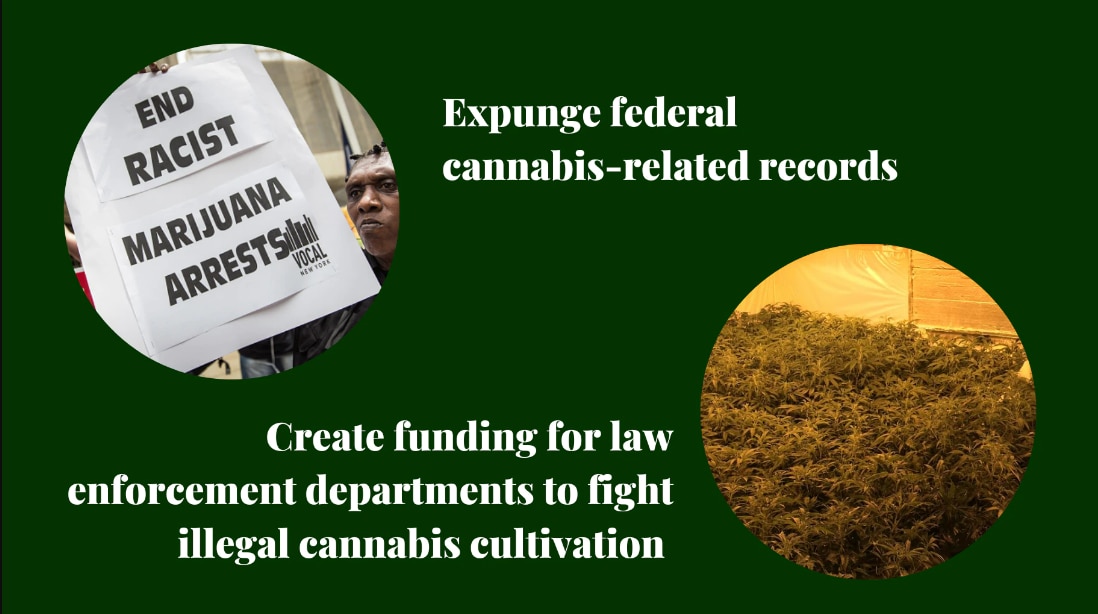 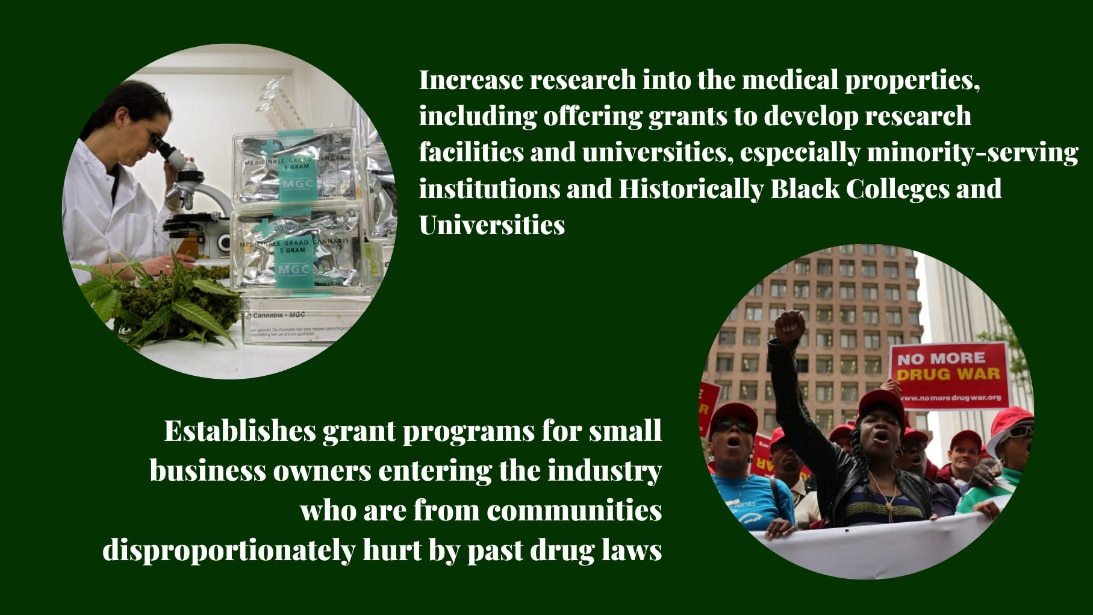 Whether or not cannabis offenders ultimately serve time in jail, hundreds of thousands of otherwise law-abiding citizens are having their lives needlessly destroyed each year for nothing more than using cannabis.

Sending people to jail for possessing marijuana has upended too many lives – for conduct that is legal in many states. That’s before you address the clear racial disparities around prosecution and conviction. Today, we begin to right these wrongs.

The United States Sentencing Commission prison data covering 2015-2021 reveals 5,117 are currently imprisoned for possession of marijuana, all of whom are serving a 2+ year sentence.

According to NORML - America’s oldest group advocating for cannabis decriminalisation - even as more US states move towards legalisation, 6,606 marijuana-related arrests were made last year. This was a 25% increase over the prior year when the feds reported 4,992 arrests, according to data compiled by the US Drug Enforcement Administration. The totals are the highest reported by the agency since 2011.

While not all of those individuals arrested are eventually sentenced to long terms in jail, the fact remains that the repercussions of a cannabis arrest alone are significant – including (but not limited to): Biden continues in his statement, appealing to state governors to issue similar pardons of cannabis related crimes in their respective states and expunge such convictions.

As things stand, recreational marijuana is already legal in 19 states and Washington DC. Medicinal usage of cannabis is legal in 37 states and three US territories. However, cannabis still remains illegal across the United States on a federal level owing to its classification as a Schedule I drug.

The fact that cannabis has been classified in the same category alongside heroin, while drugs such as cocaine, meth, as well as the infamous oxycodone and fentanyl share the privilege of a Schedule II status is just as comical as it is concerning.

The Scheduling system in place in the United States has been a product of misinformation and rooted in racial prejudices. Nixon’s War on Drugs has always been deliberate and targeted, perpetrating the narrative that cannabis (among other substances) drives people crazy and makes them violent.

Third: We classify marijuana at the same level as heroin – and more serious than fentanyl. It makes no sense. I’m asking @SecBecerra and the Attorney General to initiate the process of reviewing how marijuana is scheduled under federal law.

Though rescheduling or better yet, declassifying of any substance is a prolonged, arduous process, it would be a step forward in the right direction and opens up many avenues for medicinal prescriptions, banking licenses and federal tax reductions on the substance.

Biden’s statement seems to be doing well on its rounds on the internet; the decision receiving unanimous favourable responses from state politicians and citizens alike.

Biden to pardon all prior federal offenses of simple marijuana possession!!!!!!!!!!!!!!!!! pic.twitter.com/QqYuKqnZEQ

To give credit where it’s due, if Biden actually removes marijuana from the federal schedule of drugs and pardons marijuana possession cases, that’s a significant step in the right direction.

I took out a student loan to buy the weed I got caught possessing. So Joe Biden is my favorite President of all time. 😎

Soooooo… Joe Biden, a democrat, pardoned my weed felonies. But the GOP wants to force 10 year old rape victims to die from ectopic pregnancies. Idk. Who should I vote for in the midterms? 🤔#VoteBlueFFS

Good on you, Joe.

Read More: Thailand has decriminalised cannabis, but can you smoke up in public?