What is the Assam-Meghalaya border dispute?

Named seven sisters, the northeastern states of India often fight for their 'part' of land. This often results in disputes, inter-state crossfires and sometimes also leads to casualties.

On Wednesday (November 22), six people, including a forest guard, were killed in a firing incident at Mukroh village in Meghalaya's West Jaintia Hills. 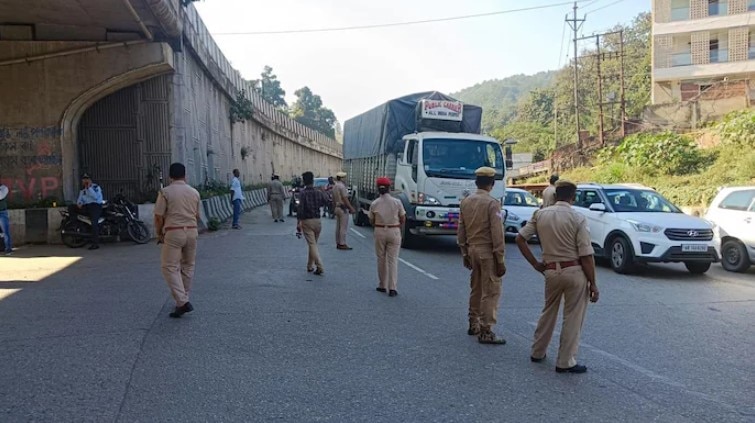 Of the six dead, five were from Meghalaya and one was an Assam forest guard.

What happened next? Later yesterday night, an SUV with an Assam's number was set afire by unidentified people in Meghalaya's capital city Shillong. Even though no casualties were reported, the police believe this was an aftermath of the firing incident at Mukroh village in West Jaintia Hills.

Why led to the incident: At around 7 in the morning, an Assam forest department team attempted to halt a smuggled timber-laden truck. The vehicle did not stop and accelerated away, resulting in a high-speed chase. However, the forest guards were able to stop the truck by puncturing one of its tyres near Meghalaya's Mukroh hamlet, where locals encircled the Assam Police and forest guards. It later resulted in a clash between the guards and the locals.

How did Assam & Meghalaya governments react? Apart from offering condolences, the Meghalayan government has suspended mobile internet services in seven districts of the state for 48 hours. According to the government, this was done as flare-ups on the two state's borders can escalate quickly, as seen not too long ago.

In an unfortunate incident that occurred at Mukroh village in West Jaiñtia Hills District, 6 persons died due to firing by Assam Police and Assam Forest Guards.

Out of the 6, 5 were Meghalaya residents & 1 is from the Assam Forest Guard@narendramodi @AmitShah @himantabiswa pic.twitter.com/KVZSYMksCz

On the other hand, The Assam government said that when forest guards tried to stop the timber smugglers, they were attacked by miscreants and the guards were forced to fire in self-defence.

Yesterday's dispute once again led to tensions rising between Assam and Meghalaya on a partially-setteled border dispute.

Assam-Meghalaya border disputes are not new and clashes have often been seen between the states for 'disputed land'.

A dispute since the 1960s: The Assam-Meghalaya border dispute goes back to 1972 when Meghalaya was carved out of Assam under the Assam Reorganisation Act, 1971. Meghalaya has challenged the law since then and has raised 12 points of dispute along the 884.9-km border.

Later, in March 2022, Chief Ministers of Assam, Himanta Biswa Sarma and Meghalaya, Conrad Sangma, in the presence of Union Home Minister Amit Shah, signed a "historic" agreement that was supposed to resolve the dispute at six of the 12 places. Amit Shah had claimed that 70 per cent of the border disputes were now resolved.

However, the matter does not appear to be resolved, and disputes like these raise the issue of inter-state border difficulties.