The Kargil Conflict of 1999: How Pakistan gave shape to its biggest military blunder

The Indian army needs to be forever vigilant against any Pakistani misadventure.

India must remain on guard against sinister operations being launched in future by Pakistan's vengeful and devious military leadership that continues to have a hate-India mindset and the mentality of primitive warlords.

Twenty years ago, on July 26, 1999, the Pakistan army finally retreated from the last of the mountain tops it had surreptitiously occupied on the Indian side of the Line of Control (LoC) in the Kargil district of Jammu and Kashmir (J&K) in the early summer months of the year. The Pakistan army had been pushed back across the LoC by the Indian Army after 50 days of hard fighting. With that well-earned victory, Operation Vijay came to an end. The day is observed as Kargil Vijay Diwas.

The Pakistan army's offensive was an ill-conceived military adventure across the LoC that had violated India's territorial integrity. By infiltrating its regular soldiers in civilian clothes across the LoC and physically occupying ground on the Indian side, the Pakistan army had added a new dimension to its 10-year-old proxy war against India. Pakistan's provocative action compelled India to launch a firm but measured and restrained military operation to clear the intruders.

Operation Vijay was finely calibrated to limit military action to the Indian side of the LoC and included air strikes from fighter-ground attack (FGA) aircraft and attack helicopters of the Indian Air Force on the posts established by the Pakistan army. Artillery firepower played a key role in paving the way for India's brave infantrymen to take back the occupied heights inch-by-bloody inch. 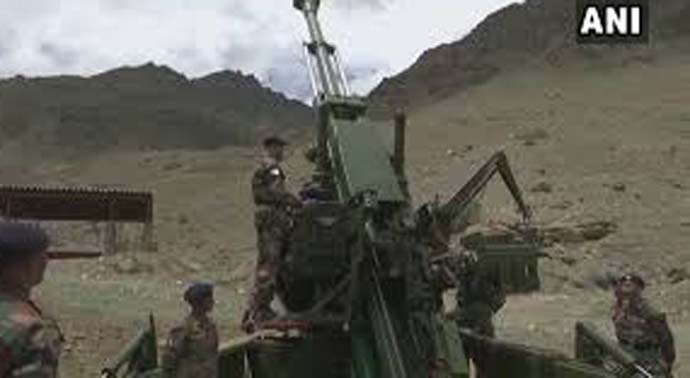 Why did Pakistan undertake a military operation that was foredoomed to failure? Clearly, the Pakistani military establishment had become frustrated with India's success in containing the militancy in J&K to within manageable limits and could not bear to see its strategy of 'bleeding India through a thousand cuts' evaporating into thin air.

Then Prime Minister Nawaz Sharif's government appeared to be inclined to accept India's hand of friendship, in keeping with the mood of popular opinion within Pakistan, and was committed to opening up trade, liberalising the visa regime and encouraging people-to-people, cultural and sports contacts. This approach was resented by the Pakistan army as it undermined the army’s salience in Pakistani society. Though it did not feature in so many words in the Lahore Declaration of February 1999, the acceptance of the concept of the LoC as a permanent border between India and Pakistan had begun to gain currency. It was in such a scenario that in an act more out of desperation than strategic planning, the Pakistan army and the Inter-Services Intelligence (ISI) directorate decided to launch an organised intrusion into the militarily vacant remote areas of the Kargil district to once again ignite the spark of militancy and gain moral ascendancy over the Indian security forces. Unfortunately, for them, their plans were foiled quickly and they failed miserably in their endeavour.

The strategic aim of the Pakistan army in engineering these intrusions under the facade of Kashmiri militancy was to provide a fresh impetus to the flagging militancy — wrongly called jihad and again attempt to focus international attention on the Kashmir dispute. In the Dras, Mushko Valley and Kaksar sectors the military aim was to sever the Srinagar-Leh National Highway 1A to isolate Kargil district and cut India's lifeline to Leh, with a view to eventually choking supplies and reinforcements to Indian troops holding the Saltoro Ridge west of the Siachen Glacier.

Pakistan's main aim was to block the national highway which connects Kargil with Leh. (Photo: IANS)

Another military aim in these sectors was to open up a new route for infiltration over the Amarnath mountains into Kashmir and the Doda region south of the Pir Panjal range. In the Batalik and Turtok Valley area, which adjoins the Siachen glacial belt, Pakistan attempted to establish a firm base with a view to eventually advance along the Shyok River Valley to cut the only road link to India's Siachen Brigade.

As an aim plus, the Pakistani army had also planned to physically occupy some territory on the Indian side of the LoC in Kargil district to use as a bargaining counter subsequently, particularly to seek an Indian withdrawal from the Siachen Glacier conflict zone. General VP Malik's main task was to drive the Pakistanis out and take them back to LoC. (Photo: Aaj Tak)

The then Indian army chief General V P Malik's counter strategy was to immediately contain and limit the intrusions, prepare for and evict the Pakistani soldiers from the Indian side of the LoC before the end of the summer and, finally, enhance surveillance, patrolling and deployment, where necessary, to ensure that the Pakistan army is denied the opportunity to launch a similar venture again.

The Indian army headquarters realised early that attacking up the steep high-altitude mountains would not be easy. It was realised that maximum available firepower would need to be employed, including that of the artillery and the Indian Air Force. Coordinated preparatory bombardment would be required to degrade the combat potential of the enemy's posts and break the enemy's will to fight before infantry battalions launched physical assaults to regain each position.

Infantry battalions of the Indian army launched some of the fiercest attacks in the annals of military history to take back the high-altitude mountain tops occupied by the aggressors. Despite daunting odds, they were completely unrelenting in their resolve to evict every Pakistani intruder from Indian territory. 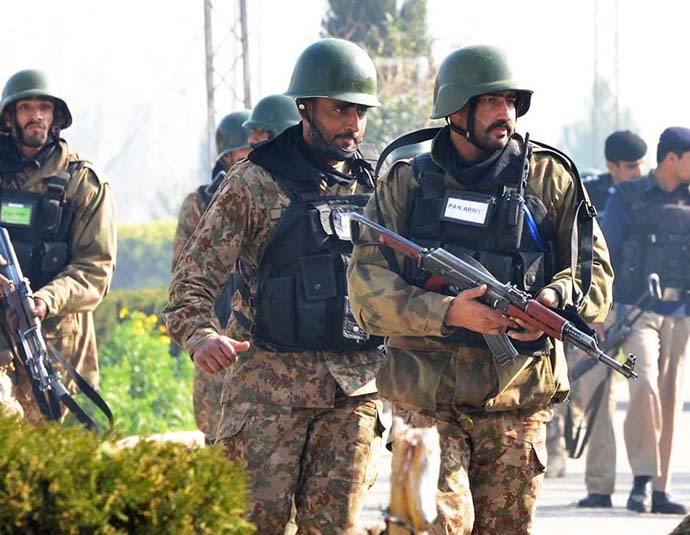 Pakistani army didn't even take the bodies of their soldiers back. (Photo: Aaj Tak)

It is to the credit of India's fearless soldiers that a tactical reverse could be turned so quickly into a resounding victory. To its everlasting discredit, the Pakistan army disowned its dead soldiers and refused to take back many bodies, particularly in the initial stages.

Facing an impending military defeat, General Pervez Musharraf, the Pakistan army chief, pleaded with Prime Minister Nawaz Sharif to rush to Washington and request President Bill Clinton of the United States to broker a ceasefire. Clinton read out the riot act to Sharif and Pakistan agreed to pull out its remaining troops from Kargil unconditionally.

As a face saving device, Pakistan's widely anticipated pull back was couched in euphemistic terms. The Pakistan government announced that it would 'appeal to the Kashmiri freedom fighters to pull out from their positions in Kargil.' They were the same so-called mujahideen over whom it had repeatedly emphasised that it had no control! 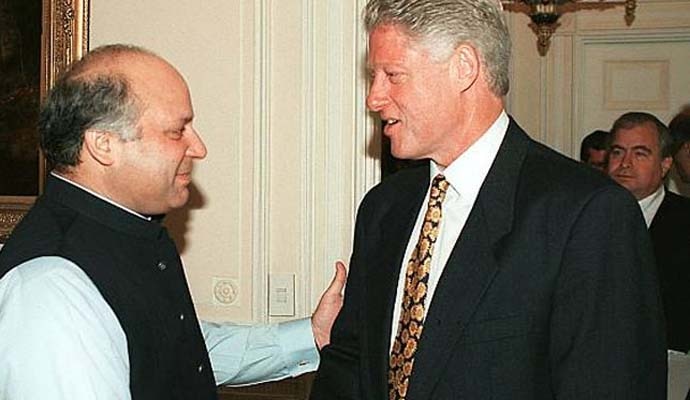 Nawaz Sharif had rushed to US and met then president Bill Clinton in order to urge India not to take the Kargil war further. (Photo: YouTube)

The most important lesson that India must learn from the Kargil imbroglio is that the essential requirements of national security should not be compromised. Successive governments in Islamabad have sought with varying degrees of intensity to destabilise India, wreck its unity and challenge its integrity and this is unlikely to change. In international politics, the policy of mutual friendship and cooperation with one's neighbours has to be balanced with vigilance. A neighbour's capacity to damage one's security interests should never be underestimated, leave alone disregarded.

India must remain on guard against such sinister operations being launched in future by Pakistan's vengeful and devious military leadership that continues to have a hate-India mindset and the mentality of primitive warlords. India needs to be on guard at the Line of Control against any Pakistani misadventures. (Photo: IANS)

The Pakistan army has been once again repeatedly violating the cease-fire along the LoC. It would be futile to hope that internal instability, international pressure or economic compulsions will dissuade the Pakistan army from embarking on such ventures in future.

The government must firmly tell the Pakistani leadership that there is a limit to India's patience and tolerance and that India will consider harder options such as the air strikes at Balakot in February 2019 if there is no let-up in the relentless proxy war being waged from across its western border by the Pakistan army and the ISI.

The government must also ensure that the Indian armed forces make up their weapons, equipment and ammunition deficiencies quickly and keep their powder dry.

Also read: No, most people don't want an India-Pakistan war

#Indian Army, #LoC, #Kargil Vijay Diwas, #Kargil war
The views and opinions expressed in this article are those of the authors and do not necessarily reflect the official policy or position of DailyO.in or the India Today Group. The writers are solely responsible for any claims arising out of the contents of this article.