Why caste alone will not win 2019 general elections

PM Narendra Modi flaunted his EBC status before the 2014 general elections. Did this go against him?

Now that discussions on elections and political alliances are growing intense, a substantial section of the middle strata is debating the utility of caste, arguing that its prevalence is a hindrance to secular, non-casteist politics. But the problem is that castes, or in the case of most of the northeast tribals, loyalties play a role.

But this is a misinterpretation as backward tribes come under the Scheduled Tribes (ST) category, and they too are part of the Backward Classes (BCs), including STs, Scheduled Castes (SCs) and Other Backward Castes (OBCs).

Interestingly, many members of the Constituent Assembly questioned the relevance of the category “Backward Classes (BCs)”, arguing that classes could not be castes. BR Ambedkar, the architect of our Constitution, among others, explained the term “BCs” as framed by the British and incorporated SCs+STs+OBCs.

The term Schedule was again a British innovation through which castes were put into separate schedules on the basis of social and educational backwardness. Using these categories and others, the Maharaja of Mysore, in the early 20th century, also classified castes. 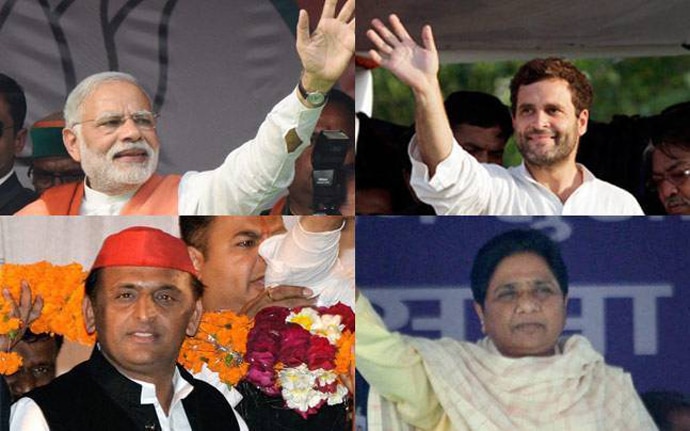 Yet, this issue was raised by the architect of the Constitution Dr BR Ambedkar himself in his last speech in the Constituent Assembly (CA). Ambedkar noted that as far as political rights were concerned, there was equality because there was “one man, one vote, one value”. But he warned that in social and economic life there was no such equality. He asked, “How long will we continue with these contradictions?” Ambedkar went on to say that those who were not socially and economically empowered might turn against the Constitution which had been so laboriously built and go on to destroy what was built.

Unfortunately, this closely reasoned argument by Ambedkar was given short shrift. After that he drifted away from the Congress. But the caste system in its social and educational aspects was incorporated with a formulation that the BCs would be identified by “social and educational backwardness”. In the 1990s, the Mandal Commission was brought into the socio-political discourse by VP Singh. A tirade, widespread violence and a strident anti-Backward Classes sentiment were given an impetus by the media and political parties.

Finally, the matter came to the Supreme Court. The redoubtable lawyer Fali Nariman argued that OBCs could not get reservation rights in education and jobs as they were a “creamy layer”. Only the poor OBCs could get reservation, but relatively most of the middle class of backwards and OBCs would not be eligible. The Supreme Court bench, which was overwhelmingly upper caste, supported Nariman’s argument with the sole dissenting voice being Justice Pandian, who was himself from the BCs.

Yet large sections of the middle strata and rich — that latter including a sizeable number of media and legal experts — keep crying foul at the influence of caste especially when it comes to elections. Why does caste come into elections, leading to casteist opportunist politics, many say. The answer is that many Indians have caste backgrounds, including those who identify themselves as Muslims, Christians and Sikhs.

Marriages and other occasions often have a link to old caste rituals. In matrimonial alliances, caste linkages invariably play a major role. So why this paranoia about caste?

If the Samajwadi Party and Bahujan Samaj Party have an alliance in Uttar Pradesh, why this hypocrisy? Prime Minister Narendra Modi flaunted his Extremely Backward Class (EBC) status before the 2014 general elections. Did this go against him? No, it didn’t!

If monetary ties are fine, why are caste ties found abhorrent? Class ties are common, as are common religious ties.

Do caste/religious ties constrain secular voting in elections? The electorate is increasingly aligned more towards what the candidates are promising them, rather than alignments based on caste ties alone. Of course, caste ties do play a role, especially if they cement an alliance either in only one caste or an acceptable caste combination.

But aren’t there middle strata or rich caste combinations?

In sum, castes are here to stay. Just like distinctions of class, religion and gender. There is not much choice. But in itself isn’t this a very diverse pool of choice?

Aren’t inter-caste, inter-religious marriages on the rise? So, the current phobia about casteism is misguided and blown out of proportion.

The 2019 general elections will probably legitimise the view that caste is not the sole arbiter.

Also read: In Bihar, how DJs and loudspeakers are playing 'Ram Lalla' songs to fuel hatred

Post your comment
#BSP-SP combine, #Modi government, #Ambedkar, #2019 general elections
The views and opinions expressed in this article are those of the authors and do not necessarily reflect the official policy or position of DailyO.in or the India Today Group. The writers are solely responsible for any claims arising out of the contents of this article.