The fact that BJP governments of Maharashtra and Haryana have not opted for simultaneous elections indicates a lack of confidence in the Modi magic. That's despite the muscular policy adopted towards Pakistan.

With the state cabinets of Maharashtra and Haryana not going for dissolution of their respective Assemblies in Friday’s (March 8) meeting — possibly the last one before the schedule of the General Elections of 2019 is announced — months of speculation about simultaneous elections in these BJP-ruled states have been put to rest.

This is as good a political sign as any that could be relied on to assume that the BJP is no longer sure of retaining power at the Centre, notwithstanding the bravado or muscular claims over the Balakot strike. 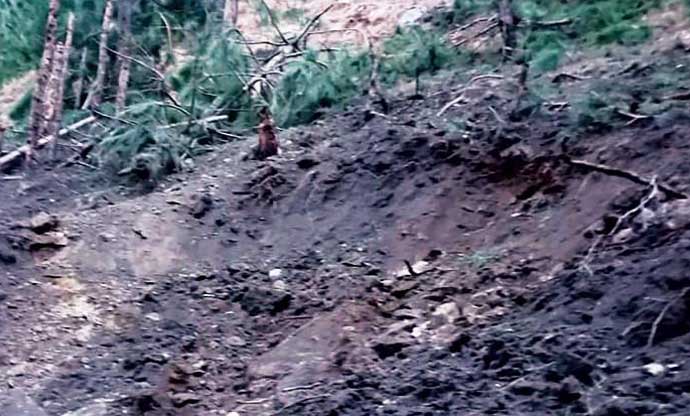 The govt says it hit Pakistan where it hurt the most. But will that ensure a clean sweep at the polls back home? (Source: Reuters)

BJP leaders at various levels have been talking about holding simultaneous elections in three BJP-ruled states — Jharkhand being the third one. While the tenure of the legislative assemblies of Maharashtra and Haryana ends in November this year, that of Jharkhand ends in January next year. The logic for advancing elections in these states was to ride the popularity of Prime Minister Narendra Modi and the performance of his government in order to beat anti-incumbency, if any. To be fair to the Jharkhand government, it had scotched the speculation much earlier.

But it is not difficult to see why these BJP-ruled states have baulked at hitching their bandwagons to that of Modi, more so in the post-Balakot scenario.

The political dividend that the party hoped for seems to have slipped away. Not only the Opposition parties, a few widows of the martyred CRPF jawans have now asked for proof of the Balakot casualties; international media has questioned the claims of destroying Jaish-e-Mohammed (JeM) terror camps or shooting down Pakistan’s F-16 fighter plane. These have dented the credibility of the claims made by ministers and leaders that 250 to 400 terrorists were killed in the strike or that India had taught a hard lesson to Pakistan. If anything, it was India’s MIG-21 which was shot down and it was the Indian pilot Wing Commander Abhinandan Varthaman who was captured and later released by Pakistan. Blooming or not? The political dividends that the BJP hoped for may just have slipped away. (Source: Reuters)

To make matters worse, all the questions about the Rafale deal are back — in a shocking development earlier this week, the government’s top-most legal officer KK Venugopal told the Supreme Court that the documents related to the deal had been ‘stolen’ from the defence ministry; that the ones being relied on by those questioning the deal were marked secret and classified, and thus in violation of the Official Secrets Act.

There are talks of two newspapers being prosecuted for such violations. All this sends a wrong signal to the electorate that something indeed is wrong with the deal.

That the Balakot strike has not made the old issues disappear, as the Modi government might have hoped for by generating euphoria over its muscular response to the Pulwama terror strike, is evident from the latest (the first one since the post-Balakot strike) India Today TV survey. It shows ‘unemployment’ remains the top-most issue for the electorate (at 36%), which has indeed been the case with three consecutive ‘Mood of the Nation’ surveys by the CSDS, the last one being May 2018 in which 57% said that finding jobs in their area had become more difficult during the last three-four years.

More bad news has come since. First, the National Sample Survey Office (NSSO) survey of 2017-18 on the state of employment, which the government decided not to release, said unemployment levels had touched a four-decade high at 6.1% and then, the shocker from the Centre for Monitoring Indian Economy (CMIE), that the labour force is down 25.7 million since September 2016 and the number of employed declined by 18.3 million in the same period, confirming that India has indeed moved now into job-loss growth, from the job-less growth of the UPA. Clearly, the issue of jobs is very much there — that should worry the BJP. (Source: PTI)

The India Today TV survey, mentioned earlier, threw up ‘terrorism’ as the second (23%) issue, closely followed by ‘farm distress’ as the third (22%).

‘Terrorism’ as a concern is a new phenomenon and a natural consequence of the Pulwama terror strike and its aftermath, the gain from which to the BJP may not be as big as it was following a decisive Kargil victory in the 1999 General Elections.

That may have titled the balance against the dissolution of the legislative assemblies in Maharashtra and Haryana.

Farm distress continues to remain a big concern, even after the Modi government decided to provide cash support of Rs 6,000 to all small and marginal farmers (about 120 million families). Traders’ disaffection with the GST and the disillusionment of Muslims, Dalits and Adivasis with Hindutva forces are some other sources of worry for the Modi government. The CSDS survey mentioned earlier said the level of dissatisfaction over the performance of the Modi government had gone up from 27% in May 2017 to 40% in January 2018 to 47% in May 2018, indicating a 20-point increase in just one year — much higher than that against the Manmohan Singh government in July 2013 (39%).

Coming back to the BJP-ruled states of Maharashtra and Haryana, it is safe to assume that they want to play it safe for now — and rightly so. The disastrous consequence of the Atal Bihari Vajpayee government in advancing the 2004 General Elections by six months must be weighing heavy on their minds. The party had then expected to ride the popularity of Vajpayee and the euphoria of wins in three of the four Hindi heartland states that had gone to the polls in December 2003 — Rajasthan, Madhya Pradesh and Chhattisgarh.

And if the Modi government retains power, the party’s governments in these states can surely hope for benefitting and retaining power too.

It is a win-win situation for them.

#Terrorism, #BJP, #Narendra Modi, #2019 general elections
The views and opinions expressed in this article are those of the authors and do not necessarily reflect the official policy or position of DailyO.in or the India Today Group. The writers are solely responsible for any claims arising out of the contents of this article.