The Bahujan Samaj Party has a sizeable presence in the Vidarbha region.

It seems like the Bahujan Samaj Party (BSP) has a future in Maharashtra too. After talks of an alliance in Madhya Pradesh, Chhattisgarh and Rajasthan, the Nationalist Congress Party (NCP) is pushing the Congress to get BSP supremo Mayawati on board in Maharashtra for the Lok Sabha and Assembly elections slated for 2019. 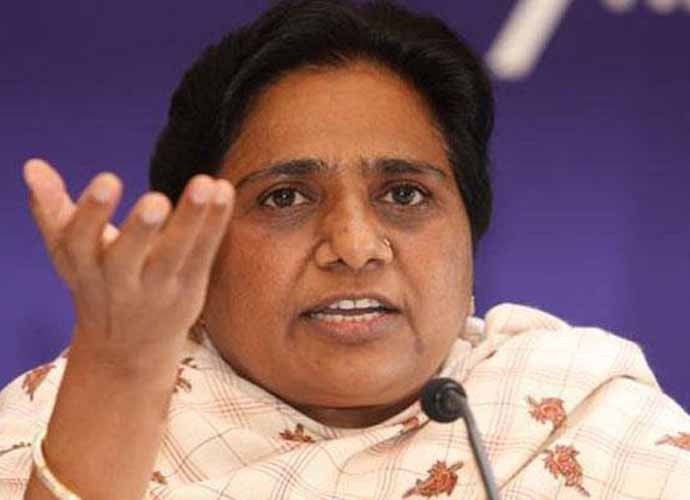 Maharashtra with 48 constituencies sends the maximum number of MPs after Uttar Pradesh, which sends 80. To take on the BJP, NCP has convinced the Congress that BSP should also be brought into the fold of the grand alliance.

At a time when it is almost clear that Shiv Sena will not be allying with the BJP, the Congress and NCP don't want any formidable force left behind which might hamper their chances of winning big in Maharashtra.

The BSP, it must be remembered, hasn't yet managed to open its tally in Maharashtra in any election. So what is it that makes BSP a sought after ally for the Congress and NCP.

The party has a sizeable presence in the Vidarbha region. BSP candidates have managed to garner around 50,000 votes in Assembly polls and over one lakh votes in the Lok Sabha election in Vidarbha over the past decade.

While this has not really helped BSP win a seat for itself, it has been able to play the spoilsport and caused the defeat of candidates from both the Congress and NCP by causing a split in the votes for the secular parties.

This has invariably helped the BJP.

Republican Party of India leader, Ramdas Athawale, who is the social justice minister in the government of India, is weighing the possibility of contesting Lok Sabha election in partnership with the BJP.

Prakash Ambedkar's Bharip Bahujan Mahasangh (BBM), who fielded LK Madavi as BBM's candidate in the Bhandara-Gondiya by-poll, can't be trusted as per NCP sources. BBM again can attract Dalit voters towards its fold.

It is for these reasons that NCP is banking on an alliance with BSP as one of its constituents. 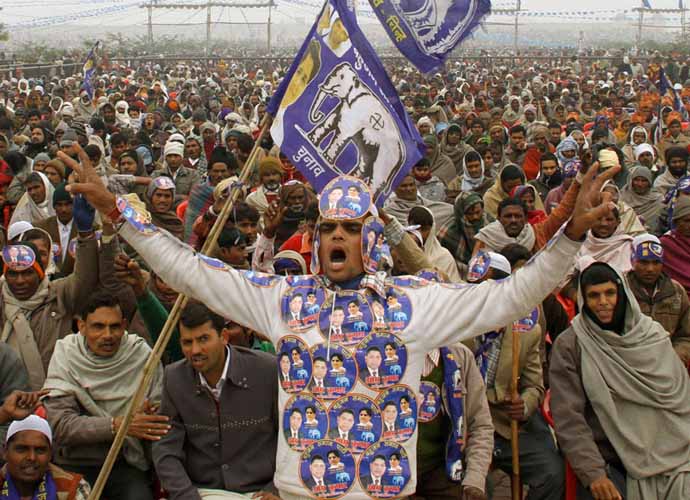 Vidarbha is going to be crucial in 2019. In the 2014 elections, the BJP-Shiv Sena alliance won all 11 seats in the region. But with the Shiv Sena not ready to contest the 2014 election in alliance with the BJP, the NCP and Congress believe they can defeat the BJP in its stronghold.

In Bhandara-Gondiya by-poll, NCP candidate Madhukar Kukde defeated BJP's Hemant Patle by a margin of around 50,000 votes despite Prakash Ambedkar's BBM fielding its own candidate.

In the recent past there have been many Dalit agitations in the state. The agitation after Bhima Koregaon violence spread across Maharashtra. Prakash Ambedkar has been trying to woo the Dalit voters after the agitation. The Congress and NCP think bringing in Mayawati in Maharashtra can counter forces claiming a stake to the Dalit votes.

In Karnataka elections, the Janata Dal (Secular) tying up with the BSP had kind of worked for the party as it managed to retain its presence at a time poll pundits were predicting losses for the JD(S).

Taking a cue from Karnataka, Congress and NCP are hoping the strategy will work in Maharashtra too.

In 1998, Sharad Pawar - then leading Congress - had forged such an alliance with all republican fractions and Samajwadi Party to bring down Shiv Sena-BJP tally to 13, the Congress and NCP are once again trying to bring together small fractions to deal a big blow to the BJP in 2019.

Sources say the Congress has already initiated talks with Mayawati. The Congress and NCP have jointly hinted at forming a pre-poll alliance for the Lok Sabha polls in Maharashtra. They are expected to arrive at an equal seat-sharing agreement. They will, however, leave a few seats for strategic allies, including the BSP, from their respective quota of seats.

Post your comment
#Mayawati, #Sharad Pawar, #By-poll results, #2019 general elections
The views and opinions expressed in this article are those of the authors and do not necessarily reflect the official policy or position of DailyO.in or the India Today Group. The writers are solely responsible for any claims arising out of the contents of this article.