2019 Lok Sabha polls: What the BJP and Congress can learn from opinion poll projections

Five state elections preceding the Lok Sabha polls will further raise the stakes for all.

Two major pre-election opinion polls commissioned by TV channels came out last week. The first one attempted to project the outcome of the Lok Sabha polls if held today. The second was more focused on the coming assembly elections in five states. The fieldwork for both happened in September.

The big picture that emerges from the two surveys holds no major surprise. If viewed together, it is in line with the general assessment of the political analysts. The national survey predicts a clear mandate for Narendra Modi and the NDA in the Lok Sabha polls.

But, the second poll rings loud warning bells for the BJP. It predicts three critical states may slip away from its control. Those being Madhya Pradesh, Rajasthan and Chhattisgarh. This cannot be good news for Amit Shah and PM Modi. It would be a serious setback to their vision of a “Congress Mukt Bharat”.

There is a new survey released by a third channel yesterday, which projects BJP might retain Madhya Pradesh and Chhattisgarh but still lose Rajasthan. Both surveys predict Congress will make a resounding comeback in Rajasthan. Though this was widely anticipated, it will take some wind off the BJP’s sail for 2019. 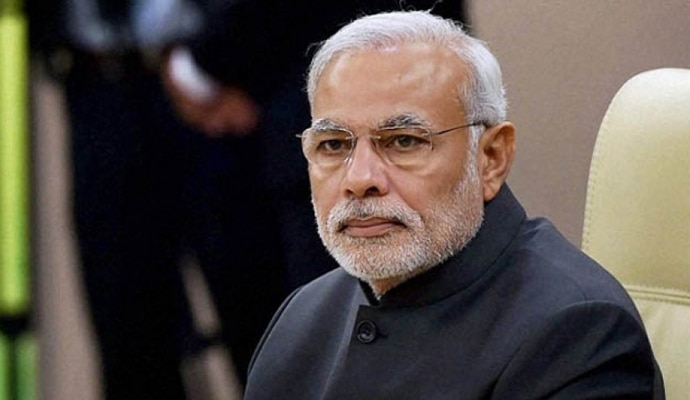 There was wide speculation about the Lok Sabha polls being brought forward. Even the Election Commission had hinted at such a possibility. It said holding the Lok Sabha elections with a few State Assembly Elections would not be a problem. That would have been a first step towards the concept of “one country, one election”, that Modi-Shah has been batting for. But, that is not going to happen now.

There are many theories about why Modi-Shah had to shelve their pet idea. Some say they were not confident about holding early Lok Sabha Polls. Others feel the Election Commission may have had a rethink on simultaneous polls for Lok Sabha and the five states, after hearing representations of Opposition parties.

K Chandrashekar Rao dissolving the Telangana assembly in a hurry could have been another factor. Yet, it is doubtful if KCR would have taken such a decision without consulting Narendra Modi. The two have a good rapport by all accounts. So, it could well have been a well thought out, rather than a default, decision on the part of Modi and Amit Shah.

Irrespective of the reason, the unfolding scenario is bound to be interesting. It will certainly not be linear as some might expect. Five state elections preceding the Lok Sabha polls will raise the stakes for all. The BJP cannot afford to take it easy. But, the challenges for Congress would be much bigger. 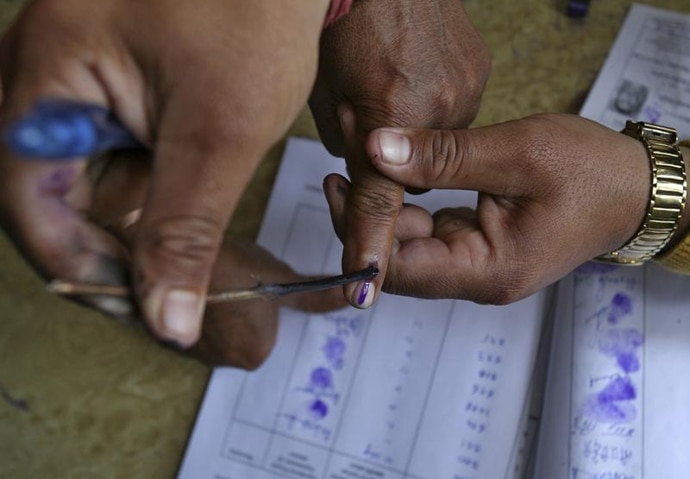 For the Congress, the state elections will be like semi-finals. It will test Congress’ bandwidth and depth of the organisation. The party will have to spread itself thin fighting across five states.

Congress has to deal with the added complexity of negotiation with alliance partners. Each of these transactions will have a bearing on the larger understanding for the Lok Sabha.

Already some relationships have come under strain. Mayawati’s Bahujan Samaj Party and Akhilesh Yadav’s Samajwadi Party have decided to go solo. These are strong signals to the Congress to recalibrate its asks from potential partners. BJP would, of course, take full advantage of the dynamic tension caused by these rifts and fissures.

The state elections will be Rahul Gandhi’s baptism by fire. His authority and maturity will be tested. How he is able to keep the regional satraps united during the hustings will determine his future standing within the party as well among his peers in the opposition.

Now, Rahul Gandhi looks like a visiting expatriate honcho of MNCs on a Bharat Darshan with the native managers. He reminds me of Justin Trudeau on his long Indian holiday – visiting temples and doing Artis with tika on his forehead and garland around the neck. Rahul has to come out of their shadow for serious negotiations with allies when the time comes.

At a just-concluded conclave organised by a leading Media House, Rahul Gandhi alluded to a “two-stage process” for electing the Prime Minister should the opposition manage to defeat the BJP. But, in reality, it might play out a bit differently.

In this round, Rahul and the Congress will have to establish their legitimacy to stake claim as a more than equal partner in the proposed coalition. On that will depend Congress’ bargaining position for seats in states like Uttar Pradesh, where its own strength is low.

It would, of course, be in BJP’s interest to keep Congress on the weak wicket on the national platform. In that, some opposition parties may also help BJP’s cause tacitly and indirectly. As this commentator has pointed out in the past, Rahul Gandhi projecting himself as the PM face and natural choice of the Opposition may not be going down well with many of the stalwarts. 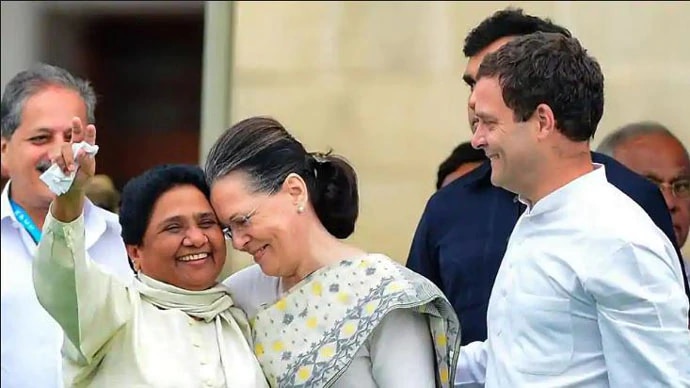 Rahul and the Congress will have to establish their legitimacy to stake claim as a more than equal partner in the proposed coalition. (Photo: PTI)

This would also be evident in the studied silence of important leaders like Mayawati, Mamata Banerjee and Akhilesh Yadav on issues such as Rafale being agitated by Congress. And, most significantly, none of them have called the Prime Minister a “chor”.

The BJP will run a unified campaign across Madhya Pradesh, Rajasthan and Chhattisgarh. It will leverage the overarching Narendra Modi aura across these contiguous geographies. The states have a lot in common. That itself might give BJP an advantage. The separate opinion polls may not have captured those synergies.

At the moment the best-case scenario for BJP is to hold on to all the three major states even by a lower margin. A Gujarat kind of result will also suffice. That is the chance Narendra Modi and Amit Shah are taking. For that, they will pull out all stops.

There were two mega rallies of Narendra Modi in Madhya Pradesh and Rajasthan. These were massive gatherings of booth workers from all over the states. The meetings offered a sneak preview of BJP’s campaign strategy. While the battle cry was for the state elections, everyone understood the real call was for 2019.

In the run-up to the state elections, BJP will outspend the Opposition at every step. The BJP and RSS foot soldiers will outnumber the Congress workers on the ground. They will receive the aerial cover of unprecedented publicity blitz.

To overcome the strong anti-incumbency sentiments against the state governments, the BJP  must outmanoeuvre the Congress at every step. For that, the three state chief ministers will have to play in tandem with the central leadership. The CMs will be responsible for the micro-level stratagems in different pockets of the state. Meanwhile, Amit Shah will move the pieces on the pan-India chess board.

Congress will be fighting individual state elections. But, for the BJP it would be more like preparing the pitch for 2019. Thus, BJP’s strategy for the states will telescope into the plan of the Lok Sabha polls.

So, when Narendra Modi goes out to bat in the next few weeks, he may be speaking to the state voters but with his eyes firmly set on 2019 Lok Sabha polls.

Post your comment
#Amit Shah, #Rahul Gandhi, #Narendra Modi, #Opinion Polls
The views and opinions expressed in this article are those of the authors and do not necessarily reflect the official policy or position of DailyO.in or the India Today Group. The writers are solely responsible for any claims arising out of the contents of this article.