2019 Lok Sabha polls: Why BJP is counting on Nitish to deliver victory in Bihar

In five of the past six Bihar elections, those who won – including BJP, RJD, and Congress – invariably had the JD(U) leader as their alliance partner.

Since October last week, when BJP national president Amit Shah formally declared that his party and Nitish Kumar’s Janata Dal United (JD(U)) will contest an equal number of seats in Bihar, the saffron alliance looks to have settled behind Bihar's chief minister in the run-up to next year’s Lok Sabha polls.

In fact, Union Minister Upendra Kushwaha’s complete isolation in recent days within the NDA looks to be directly proportional to Nitish Kumar’s growing clout within the NDA alliance.

If sources are to be believed, the JD(U) and the BJP have already agreed to contest 17 Lok Sabha seats each, while leaving six for the Lok Janshakti Party (LJP). Upendra Kushwaha, who stands completely isolated after he attacked Nitish Kumar, does not figure in NDA’s scheme of things.

Many, however, were surprised when BJP offered Nitish Kumar an equal number of Lok Sabha seats to contest. The BJP has 22 sitting seats in Bihar whereas Nitish Kumar’s JD(U) has two. Now, the BJP will have to drop at least five of its sitting MPs to accommodate Nitish Kumar, if both parties agree to contest 17 seats each. Bihar has 40 Lok Sabha seats in total. The JD(U) and BJP had contested 2014 Lok Sabha polls against each other. Many were surprised when BJP offered Nitish Kumar an equal number of Lok Sabha seats to contest. (Photo: PTI)

Ever since Nitish joined the NDA in July 2017, many BJP leaders in Bihar had been asserting in private that they would have a higher number of Lok Sabha constituencies than the JD(U). But the agreement between Amit Shah and Nitish Kumar suggests that the BJP has blinked.

Its uncharacteristic scaledown and ceding of its big brotherly attitude are being seen as saffron party's dependence on Nitish to deliver in Bihar. “Having lost Chandrababu Naidu, our central leadership does not wish to lose Nitish Kumar,” said a senior BJP leader.

But this is not without reason. From 2005 to 2015, Bihar has witnessed four Assembly and two Lok Sabha polls. And each of these elections — except the “deviation” seen in the 2014 Lok Sabha polls when the Narendra Modi wave swept Bihar and the country — the winner has always had Nitish Kumar standing by his side.

In fact, in five of the past six Bihar elections, those who won — including BJP, RJD, and Congress – invariably had Nitish as their alliance partner. “Unlike 2014, when a BJP wave steamrolled everyone, we will have to battle with anti-incumbency and disillusionment in 2019. So we must have Nitish by our side to stand a chance in Bihar,” said a senior BJP leader.

“Having Nitish Kumar as a partner in Bihar can cushion or neutralise any possible anti-incumbency against the Modi government in the state that has 40 LS seats,” said a senior BJP leader in Bihar. 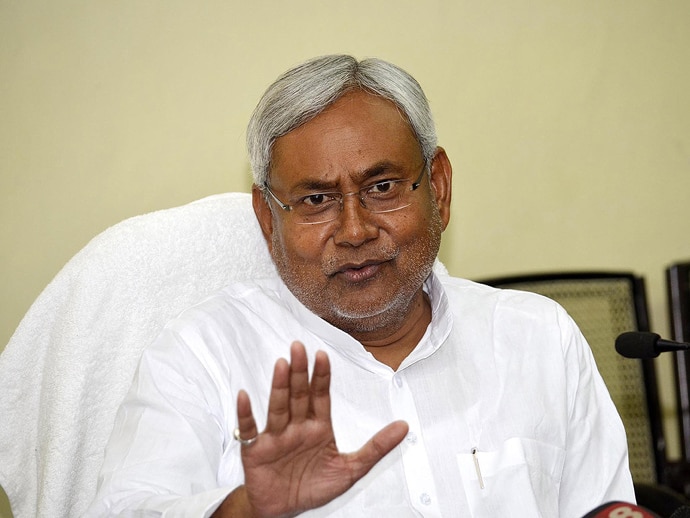 In five of the past six Bihar elections, those who won — including BJP, RJD, and Congress – invariably had Nitish as their alliance partner. (Photo: PTI)

In November 2005, when the Nitish-led NDA first unseated Lalu from power in Bihar, he was largely seen as a beneficiary of anti-incumbency. After all, notwithstanding his credentials, Nitish is a Kurmi, a caste that makes up just about 3 per cent of the state’s population. Now about a decade later, having clocked over 4,000 days in office, he is the second longest serving Bihar CM after Sri Krishna Sinha.

The credit for Nitish Kumar’s long innings also goes to the new caste-neutral social base that he has methodically created. Besides developing women as a caste-neutral constituency, he also focused on the youth of Bihar by showering them benefits through student credit cards and other schemes.

All this makes political sense as well since Bihar is a state where 31 per cent of the population is under 30 years of age. In fact, on an average, Bihar had nearly 85,000 under-30 voters in each of the 243 seats. In a political space such as Bihar’s — Nitish Kumar’s dalliance with youth matters. This explains why BJP is solidly behind Nitish Kumar and his bete noire Upendra Kushwaha, for all practical purposes, out of NDA.

Also read: Modi government is in office, but not in power

#Congress, #RJD, #Bihar, #BJP
The views and opinions expressed in this article are those of the authors and do not necessarily reflect the official policy or position of DailyO.in or the India Today Group. The writers are solely responsible for any claims arising out of the contents of this article.