In custody, wrongly: Despite decades lost in wrongful jailing, no Mufti or Abdullah spoke of Kashmiris trapped in terror cases

Justice delayed is justice denied. These five men, innocent of the charges they faced, understood this, sitting behind bars as their world changed immeasurably in 23 long years.

Twenty-three years in jail is a really long imprisonment — especially when the prisoners are being punished for a deadly act of terror never committed.

Well, this is exactly the story of these five men, recently acquitted by the Rajasthan High Court in the 1996 Samleti blast case.

Four of them are from Jammu and Kashmir, while the fifth one is from Agra. All of them were released on July 23, 2019.

On returning home in Srinagar, the first thing 48-year-old Ali Muhammad Bhat did was to lie down at his parents’ grave — both of whom died, when he was languishing in the jail.

Inconsolable, he kept lying at the grave, kissing the mud that turned moist with his tears.

A video clip of that emotional moment has already gone viral.

Accused of terrorism and jailed for 23 years, Ali Mohammad, a resident of Srinagar was not found guilty, along with four other. But he lost his youth, parents and almost 2-and-a-half decade of his life. First thing he did when he returned home ⬇️⬇️ pic.twitter.com/nSXwR8PhFu

All the five were caught in their youthful years but never released on parole or bail.

One of them, Mirza Nisar (39), from Kashmir, was a mere class XI student then. The others include Latif Ahmed Baja (42) from Kashmir, Abdul Goni (57) from Doda region of the state and Rayees Beg (56) who hails from Agra.

Over the years, they helplessly saw the world changing — from behind bars.

Beg couldn’t attend his sister’s wedding. Now, his niece is about to get married soon.

“We’ve lost relatives while we were inside. My mother, father and two uncles passed away. We have been acquitted, but who will bring back those years,” he said.

After their release, the five have been making stunning revelations. They reportedly told The Indian Express that they didn’t know each other until the Criminal Investigation Department made them an accused in the case.

Inconsolable: Ali Muhammad Bhat lost both his parents in these 23 years. (Photo: Videograb/Twitter)

On that fateful day, a bomb blast in a bus near Samleti village in Dausa, on the Jaipur-Agra highway, killed 14 people and injured 37 others.

Ironically, such terror strikes have a history of innocents getting jailed for years.

On February 16, 2017, a Delhi court acquitted 39-year-old Mohammed Rafiq Shah Shah, along with another Kashmiri man, Muhammad Hussain Fazili, of all charges related to a series of explosions that killed 67 people and left 200 wounded in the Indian capital in 2005.

The duo was released after 12 years in prison.

A third Kashmiri, Tariq Ahmad Dar, was also absolved of all charges related to the blasts on February 24 that year.

But then, such cases expose the silence of the Abdullah and the Mufti regimes from time to time, at least in seeking the release of such people on bail or parole.

Both the National Conference (NC) and the Peoples Democratic Party (PDP) during their respective stints had good relations with New Delhi. Yet, the Abdullahs or the Muftis never seem to have bothered to build up a strong case for such persons before the Union Home Ministry. 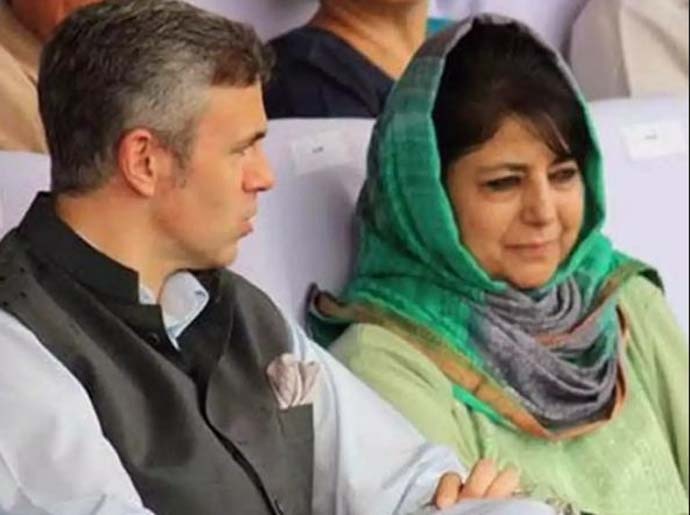 But then, 'twenty-three years' has become a unique irony in Kashmir this year. In May 2019, a government gunman, Wali Mohammad Mir, accused of killing seven innocents, was arrested after allegedly evading arrest for twenty-three years. The records suggest he was involved in the murder of seven people, including five men and two women of village Saderkoot Bala, in Bandipora.

Well, getting back to the case of framing rank innocents.

It will be quite a debate if police officials who falsely implicate innocents like Ali Muhammad Bhat will ever be sentenced to twenty three years in jail.

But one thing is crystal clear.

No law of the land can ever get back even one of all those years which such innocents lost — for no fault of theirs!

#Punishment, #Crime, #Terror, #Samleti blast case
The views and opinions expressed in this article are those of the authors and do not necessarily reflect the official policy or position of DailyO.in or the India Today Group. The writers are solely responsible for any claims arising out of the contents of this article.