11 years since the fateful Mumbai terror attacks, today is a good time to pause and reflect on where we have reached to prevent the recurrence of such incidents.

The 26/11 terror attack in 2008 was a turning point in the history of India and the city of Mumbai. It has the same salience as 9/11 and, to quote former US President Franklin D Roosevelt in another context “a date which will live in infamy” for us in India and people concerned about terrorism elsewhere in the world.

Today, 11 years later, is a good time to pause and reflect on what we have achieved and where we have reached to prevent the recurrence of such incidents.

We must realise that despite the carnage, the terrorists failed to achieve their aim of bringing the city to a standstill. The attacks on Mumbai’s iconic structures, meeting places and concourses were symbolic. The terrorists targeted our vibrant democratic spirit and cosmopolitan ethos. We continue to remain vibrant, which shows that they failed in achieving their strategic goals.

Due credit must be given to all those who fought and, ultimately, neutralised the terrorists — the Navy’s Marine Commandos (MARCOS), the National Security Guard (NSG) personnel, the Mumbai Police and the Fire Department. Above all, credit is due to the ordinary citizens who worked in hotels or at places like the Chhatrapati Shivaji Terminus (CST) and displayed extraordinary grit, presence of mind and commitment to duty. We must also salute the spirit of the ‘Mumbaikar’ who ensured that the city got back to its feet and regained its verve in the shortest possible time. An unintended consequence of 26/11 was the renewed interest in the Maritime Domain — the terrorists’ use of the sea route to reach Mumbai flagged concerns about the state of India’s coastal security. The Indian Navy, as the principal maritime force, had been articulating these concerns for long, especially since the landing of RDX on the Konkan coast in 1993, which led to bomb blasts in the city in the same year.

The nub of the Navy’s concerns was that while our blue waters and far seas interests were well taken care of, the close coast and near waters suffered from lack of coordination and last-mile ownership issues. One must account for several other factors — the peculiarity of the maritime medium and of seas being global commons which gives everybody the freedom of navigation.

Further, there are operational difficulties which make check posts or barriers at sea unviable and it is impossible to predict or prepare for such kind of ‘black swan’ events — as 9/11 and terror attacks around the globe including in more developed countries have proved.

We have come a long way since 26/11. The Indian Navy was made responsible for coastal security with the respective Flag Officer Commanding in Chief (FOCs-in-C) at all the four naval commands also being designated as Commander in Chief, Coastal Defence. The Indian Coast Guard and the State Marine Police are other important actors in this collaborative endeavour.

A 24x7 Joint Operations Centre (JOC) facilitates greater coordination among these actors and stakeholders. A new force, the Sagar Prahari Bal, was raised for the sole purpose of coastal and offshore security. It is equipped with Fast Interceptor Craft and Intermediate Support Vessels for a quick response. 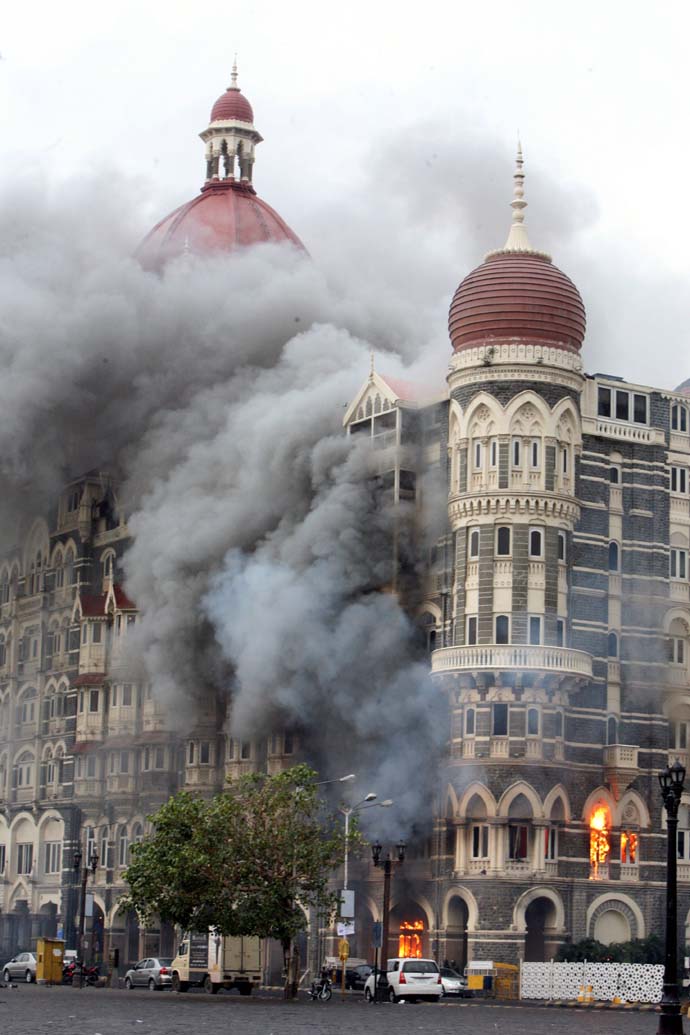 The Navy and the Coast Guard have also augmented their surface and aerial assets to keep the coastal waters under constant surveillance. An extensive network of Navy and Coast Guard monitoring stations, radars, electro-optic cameras and electronic systems have been installed and integrated. This information is processed at the Navy’s state of the art Information Management and Analysis Centre (IMAC) in Gurugram. White shipping information exchange agreements have been signed with several nations in the Indian Ocean Region. So, we can confidently say that our Maritime Domain Awareness is of a very high order; higher than it has ever been. Structures have been created to enhance ‘jointness’ among military, law and order, and intelligence agencies.

Police forces have also been equipped with fast motorboats and anti-terror equipment. A continuous dialogue with the fishing and shipping agencies has led to better coordination and fishing boats are being installed with Automatic Identification Systems. More coastal police stations have been set up and CCTV cameras installed in several important places and in areas with high human density. The Navy regularly coordinates joint exercises between these agencies. Our ships spend long days at sea extending our surveillance layers.

However, it is important to strike a note of caution here. The sea is essentially a fluid medium and one cannot build impregnable fences or walls on water. Further, over-regulation can adversely impact freedom of navigation and trade. Coordination between multiple agencies may lead to unintended communication gaps and inherent time delays. Many such creases need to be ironed out; our training, equipment and preparedness always need to be ahead of the curve. So, coastal security is a constant work in progress. While the Navy will continue to patrol the seas and guard our coasts, it requires every citizen to be conscious, aware and vigilant. In addition to the resilience and resolve that we constantly demonstrate, let us also remind ourselves that eternal vigilance is indeed the price of liberty.

Post your comment
#Indiancoastguard, #Navymarinecommandos, #Nationalsecurityguard, #Tajmahalhotel
The views and opinions expressed in this article are those of the authors and do not necessarily reflect the official policy or position of DailyO.in or the India Today Group. The writers are solely responsible for any claims arising out of the contents of this article.

The author is a serving Navy Officer with interests in Maritime and Naval History.