The recent Supreme Court discussion highlights the government's arrogance in classifying Aadhaar as a Money Bill. This over-confidence has shown in Parliament. And now, citizens can see this too.

The Aadhaar Judgment is remarkable for rewriting key aspects of the law and declawing the Orwellian version envisaged by the BJP.

Yet, in one crucial regard, it fell short of expectations. The learned majority declined to strike down the wholly wrong classification of the law as a Money Bill.

To put this in context, Money Bills are a unique legislative device which the Rajya Sabha cannot reject or amend. Money Bills are narrower in scope than Financial Bills envisaged in Article 117 and can be invoked only in select circumstances – for example, when the law in question only has provisions related to borrowing money or drawings upon the consolidated fund of India.

There has been a low-level cunning that has characterised the BJP’s approach to law making over the last four years. When the Modi government failed to amend the historic Right to Fair Compensation and Transparency in Land Acquisition, Rehabilitation and Resettlement Act 2013, the Finance Minister Arun Jaitley urged states to carry out amendments under Article 254(2) of the Constitution.

This was the first time a Central government actively encouraged states to dilute a law passed unanimously and enthusiastically by the Parliament. States like Gujarat, Tamil Nadu and Telangana took full advantage of this opening, to the detriment of land owners and the landless whose livelihoods depend on the land being acquired. The FM had suggested the same for the crucial Land Acquisition Act. (Photo: Screengrab)

When it came to the GST, the BJP government adopted a dismissive approach of ridiculing the opposition’s amendments, the merits of which have become increasingly obvious. This year’s Finance Bill was passed without any debate, with the Speaker rushing through provisions, despite protests from the opposition.

Last year’s Finance Bill contained amendments that sought to fundamentally alter how we appoint judges to twenty-six tribunals, including the National Green Tribunal. These were not insignificant changes. They dealt with terms of office, removal of members and their salaries. It was a deliberate attempt to tamper with the independence of tribunals which are important judicial institutions in themselves. The BJP government ensured there was no debate in Parliament or post facto scrutiny by a Parliamentary Committee since they too came in the guise of a Money Bill. 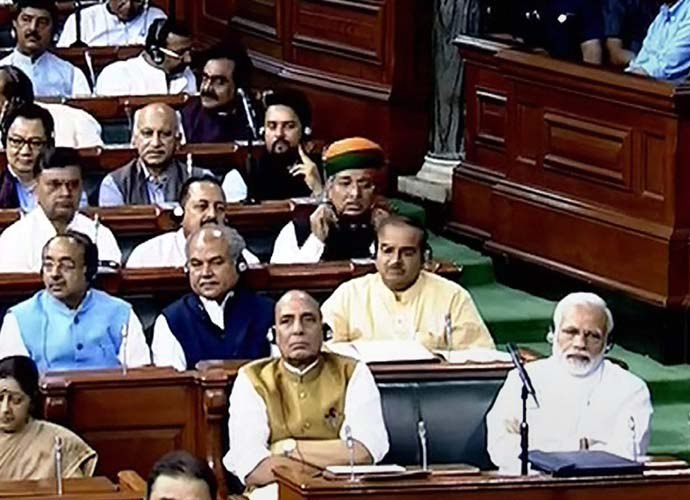 Vital bills need comprehensive discussion in Parliament by all our lawmakers. (Photo: Screengrab)

I challenged the law in the Supreme Court and the learned bench was pleased to issue interim directions questioning the operation of these changes. The matter awaits final disposal but the Aadhaar judgment is likely to have a direct bearing on the law’s validity as a Money Bill.

This is the constitutional subterfuge that Justice Chandrachud warned us against. In this regard, Justice Chandrachud’s scathing indictment of the Modi government’s approach to law making needs to be appreciated. He observes, “The Lok Sabha alone does not represent Parliament.” Now consider the context in which the Aadhaar Act was introduced and passed in the Lok Sabha.

Aside from setting a new record for expeditiousness (five working days from introduction to passing), the haste betrayed a striking nervousness. The BJP knew its law could not withstand parliamentary muster. The entire affair betrayed an intention to pull off a sleight of hand to avoid scrutiny at any cost.

When the Bill came to the Rajya Sabha for discussion on March 16, 2016, I spoke at length of the background to Aadhaar and why Dr Manmohan Singh’s government conceived of it. Speaking about my experiences in implementing it, I laid out the challenges we faced, and which remained unaddressed. I then moved nine amendments to the Bill on a range of issues and pressed for a vote on five of them. These amendments were approved by a clear majority. They included making Aadhaar voluntary for government schemes, an ‘opt-out’ clause, and limiting usage to solely identifying beneficiaries.

All were summarily rejected by the Lok Sabha when the Bill went back to it soon thereafter.

If not concealed in the guise of a Money Bill, the Act would have been stripped of its draconian character. Left with no option whatsoever, I petitioned the Supreme Court the very next month, April 2017.

It is therefore appropriate when one of the most respected judges of the Supreme Court calls the law a “fraud on the Constitution” and cautions the government of the day against arbitrary use of power. It is a dissent that is not just legal in nature, but a commentary on the undermining of Constitutional institutions that has become a habit with this government.

While the BJP may celebrate the verdict, they cannot escape this stinging reminder that a political mandate does not mean rule by fiat. For a tone-deaf government, it might well be words on paper. But it is a critique that is destined to be held against them for a long time to come. 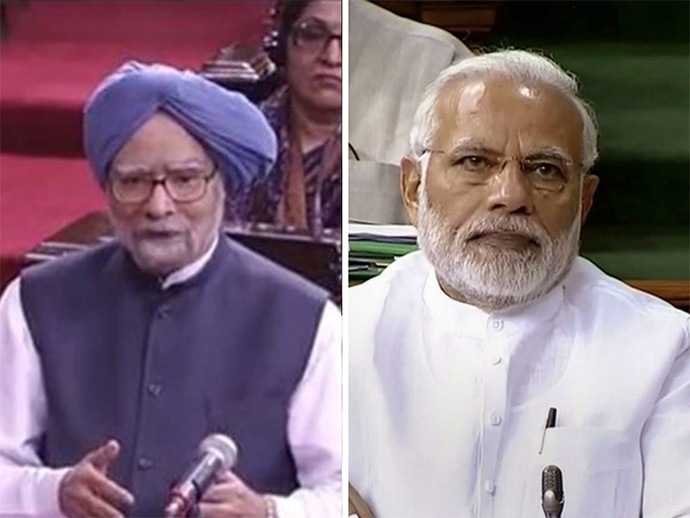 It is understandable that the majority had the unenviable task of balancing multiple competing concerns. However, the BJP’s approach to law making did invite one other serious change to the law from the majority: the decision of the Speaker in classifying a Bill as a Money bill can be the subject of judicial review. Prior to this decision, the Speaker enjoyed absolute immunity in matters of classification.

This is, in several ways, the most important part of the Judgment.

I had pleaded in Parliament that the Speaker should pass a ‘speaking order’, clearly spelling out the reasons why a particular Bill was being classified as a Money bill, and make that available in the public domain. Even this reasonable demand was turned down. Now the ruling establishment is hoisted on its own petard.

For too long, the BJP has abused the process of Parliament. It has broken norms of Constitutional propriety and violated rules of Parliamentary procedure to serve its narrow political agenda. It has acted with a hubris unparalleled in the history of our democracy.

The BJP should be worried though. Cheap parlour tricks may be useful for propaganda. But in Parliament, they come with an expiry date.

Also read: Aadhaar is constitutionally valid: All you need to know
Post your comment
#Arun Jaitley, #Parliament, #Money Bill, #Congress
The views and opinions expressed in this article are those of the authors and do not necessarily reflect the official policy or position of DailyO.in or the India Today Group. The writers are solely responsible for any claims arising out of the contents of this article.