Last evening (April 27), the hashtag #ThankYouMrDivan was trending on Twitter. Shyam Divan is a senior advocate appearing before the Supreme Court for one of the petitioners who has challenged the constitutionality of the government’s decision to make Aadhaar mandatory for filing income tax returns, and obtaining and retaining a PAN card.

Gautam Bhatia, who is a lawyer and an academic par excellence, has been painstakingly live-tweeting the proceedings for everyone (the entire narration in this piece of these proceedings is thanks to Gautam’s tweets).

Divan accurately described Aadhaar as what it is - an infringement of an individual’s bodily autonomy and an attempt of the State to tie an "electronic leash" around every citizen’s neck. He practically demolished every argument put forward by most people who defend Aadhaar.

Why the hue and cry, don’t we give data for passport and PAN also? Yes, he said, but neither is it as intrusive as Aadhaar and there is a limited and compelling interest. If the State wants any data from a citizen it better have a great reason, he said.

Justice Sikri: So what you're saying is, information about your income goes into the Aadhaar database?Petitioner 3: Yes, & that's illegal

Mr Divan: The Registrar can retain biometric data. This is "devastating".

Mr Divan: the powers given to the registrar for control over personal data creates a laughable situation.

In his argument he quoted Hobbes, Rawls and Locke, and argued that the Constitution of India is not a "Charter of Servitude". Isn’t Aadhaar safe?

He cited data which proves leakage and duplication. What is the problem with PAN being linked with Aadhaar?  - there is no *need* to link PAN with Aadhaar, he said. By linking the two the State is demanding private data as ransom in exchange for citizens being allowed to access basic services.

The Attorney General, Mukul Rohatgi, is appearing for the government. Many years ago, I was in the Supreme Court in a case where one party had engaged Rohatgi to argue. His turn came after two rather boring days.

A "back up counsel" (a ridiculous practice where another senior advocate is engaged to argue in the event the star counsel is busy in another court) was arguing. The over 6.5 feet Rohatgi entered the court and the sea of people parted like the Red Sea in the Exodus.

He reached the dais and said in a voice that boomed in the massive court: “My Lords, please see sentence so and so on page so and so, this case should end right here”, and slammed the file on the dais.

The entire court was stunned, the point he was making indeed seemed the final word on the matter. This was an argument no one was prepared for/had thought of. Even the lawyers who had briefed Rohatgi were shocked and in awe. Judges murmured to each other and adjourned the matter to the next day. His clients eventually lost the case.

The popular perception about Rohatgi is that he is extraordinarily brilliant at identifying the pulse/nabz of every case and arguing those points in summary, reducing files and facts running into thousands of pages into less than half a dozen points.

Most fresh cases filed in court are heard at the admission stage for less than three-five minutes (or more if the lawyer arguing is a senior + famous lawyer). The man most likely to convince the court that you have a strong case in this limited time is Rohatgi (if you can afford him). Which is why he was aptly described as the "King of Miscellaneous Days" in this excellent profile. 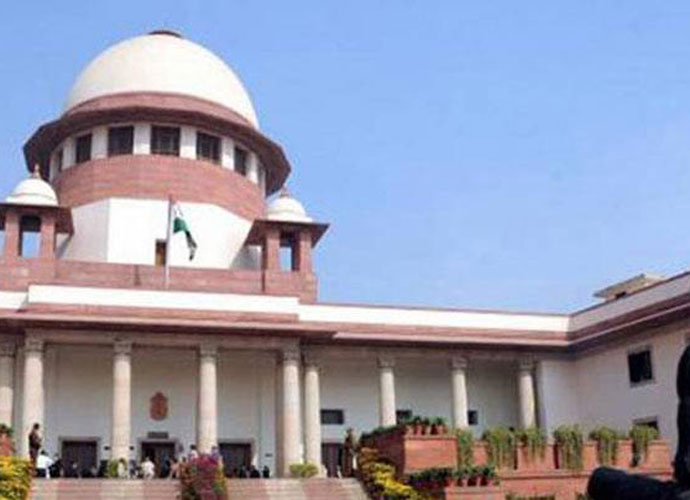 By linking Aadhaar with PAN, the State is demanding private data as ransom in exchange for citizens being allowed to access basic services, the SC was told.

He is one of the most, and rare, chilled out lawyers when it comes to dealing with younger lawyers. I was less than one year old in the profession and had briefed him once, the next time I saw him and said "good afternoon", the reply was "Kya haal hai bhai? Chai piyega?"

I mumbled some incomprehensible noises in response. Friends have told me about how in one incident he stood up and argued the case for a much younger lawyer who was terrified and having difficulty arguing (for free). A close friend of mine was once arguing and struggling and Rohatgi was encouraging him – "lagareh, isi point ko pakad, ho jaayega".

The other side of the perception about Rohatgi is that he isn’t equally comfortable when it comes to arguing intricate points of law in extraordinary depth. Which is where someone like Fali S Nariman and Harish Salve and out of the (relatively) younger lot, Shyam Diwan, excel.

On April 26, Rohatgi got up, interrupted senior advocate Arvind Datar (lawyer for another petitioner in the same case) and claimed that "the only system in the world that prevents duplication is biometric". He also dramatically made the rather outlandish claim that questioning the constitutionality of Aadhaar being linked with PAN is tantamount to "perpetuating fraud".

On April 27, Diwan calmly and presumably in response to Rohatgi’s "biometric cannot be duplicated" argument pointed out various instances of such duplication, including that of Angela Merkel’s iris being copied and another German minister’s fingerprints being stolen.

He also quoted an RTI reply of the UIDAI itself stating that 85 lakh Aadhaar numbers had been deactivated over duplication and various other reports about fake Aadhaar cards being found on people.

Banish the thought that Rohatgi was lying about biometric date being incapable of theft, he clearly wasn’t aware or may not have been briefed properly. Also, the government’s turn to argue is yet to come (which is why the petitioners being constantly interrupted was unnecessary) and I am certain matters will be clearer then.

Later in the day, Diwan in a beautiful and eloquent manner argued how Aadhaar is an assault on an individual’s bodily autonomy. Rohatgi objected and argued that the petitioners gave an undertaking that the matter of how Aadhaar invades privacy will not be argued (in this case, since the issue is pending in another case for close to two years now. Another matter that there is no justifiable reason for this delay).

Rohatgi insisted that the petitioners should restrict themselves to how linking PAN + Aadhaar is unconstitutional.

When Diwan began arguing on that exact point, the Attorney General immediately left the court. Why? Your guess is as good as mine. Accuse me of being pessimistic, but in my opinion, despite the excellent and clinching arguments put forward by Diwan and Datar, in all likelihood the Supreme Court is going to decide in the government’s favour.

In blatant violation of multiple orders passed previously by the apex court, the government has and continues to link one basic service after another with Aadhaar. The court has so far shown no signs of being perturbed. Even as I write this, Anoo Bhuyan reports that the government has notified that Aadhaar is necessary even for accessing the subsidy to build toilets.

As is the practice in so many countries, one wishes that arguments (at least in cases with issues which critically affect rights of the public at large) were videographed and transcripts of arguments made available to everyone.