Aadhaar didn't start as surveillance technology. While the concept of a unique ID for all was fuzzy even in the beginning — around 2009 — it was meant to be an authentication technology that would plug leaks in India's welfare schemes. The idea behind Aadhaar seemed well-meaning, but the way it was designed and hurriedly pushed made it evident to keen observers that it was not going to end up well. There were many problems with it, but of particular note was the way Aadhaar would give the government and bureaucrats unnecessary power over individual citizens. Instead of being a tool of inclusion, Aadhaar would be a tool of exclusion.

Even in the early stages, it was difficult to imagine that one day the Aadhaar would turn into Frankenstein's monster. In 2018, it has become a tool that has the potential to put every citizen in this country under surveillance. The argument that Aadhaar is a tool to end corruption in India surfaced earlier this decade.

After 2012, and exceedingly after 2014, Aadhaar grew in ways it was not meant to when it was conceived. This has happened as the UIDAI — the agency in charge of the Aadhaar programme — acquired unaccountable power over the people of India, and made its operations as secretive and opaque as it can.

Fun fact 1: Do you know that under Aadhaar Act 2016, the UIDAI has virtually no accountability, but has provisions that stop Aadhaar users, that is ordinary Indians, from filing any complaint against it in court for the misuse of the UID? 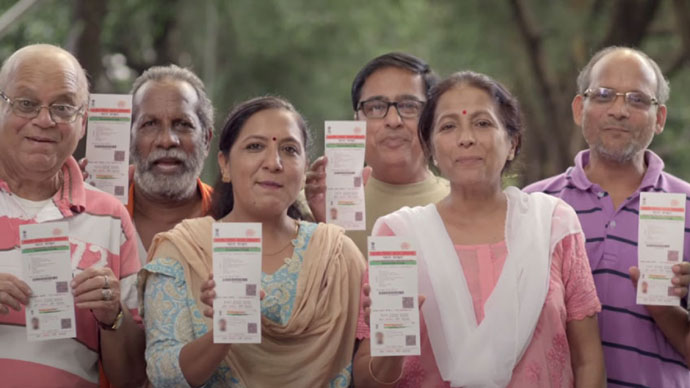 Aadhaar: Arguably the world's biggest surveillance apparatus that a country has built to keep an eye on its citizens.

Fun fact 2: Do you know Aadhaar was never meant to be an ID card? In the initial days, Aadhaar was linked to government's welfare schemes. For instance, it was made mandatory for issuing ration to all those who held a ration card. This despite the fact that the Supreme Court, in its interim order, told the government that having the Aadhaar card cannot be made mandatory in any way.

Post-2015, all hell broke loose. By now, Aadhaar is no longer just technology to authenticate the identity of those entitled to benefits under government welfare schemes. It transformed into an authentication technology for almost everything Indians do. In 2018, if you go by the directives issued by the government, you have to link your Aadhaar to almost everything you own or do. Aadhaar is no longer required only for welfare schemes, like obtaining a ration card, but also if you want to continue using your phone.

It is “required”, although not yet mandatory, for availing banking services until March 31 because Supreme Court is hearing a challenge to it. Aadhaar is required for registering births in many parts of India, and even deaths. Aadhaar is required if you want an LPG connection, even if you don't intend to take subsidies.

And Aadhaar is required if you want to send your children to school or if you want your degree, and for treatment at many hospitals — even if you are an accident victim and are brought to the emergency with severe head trauma! This is just the beginning. If the Supreme Court dismisses the current challenge to link Aadhaar with every aspect of our lives, be ready to see more Aadhaar in your life.

It is important to understand why Aadhaar has become so pervasive. By linking the UID with children’s admissions in private schools, or by linking it with private data, such as your phone number, the government is not saving any money. It is not curbing or cracking down on corruption. It is just putting in place an infrastructure: arguably the world's biggest surveillance apparatus that a country has built to keep an eye on its citizens.

Sure, the United States’ NSA will still be bigger, but then NSA for now watches only non-Americans.

In the recent years, Aadhaar has metamorphosed into the perfect surveillance tool. It allows the government to collect and record every piece of data that Indians generate as they go about their lives. By storing this data in one place, with Aadhaar as its key, the government will be able to theoretically track and build profiles of every Indian with the UID.

There is the argument that we already leave a digital trail whenever we use a phone, carry out a banking transaction, book an air or train ticket or get an LPG connection, and so it doesn't matter that Aadhaar is linked with the service. That is true. But by linking every detail of our existence with Aadhaar, the government puts all of this data in one place and makes it incredibly easy to monitor, record and use.

Across the world, governments seek to gain more control over citizens. When they have achieved some level of control, they also abuse it, as history tells us. Even if the original intent is benign, never in the history has a government built surveillance apparatus and not abused it.

If we allow Aadhaar to grow unchecked, controlled and managed by an agency with no accountability — and it is the UIDAI that filed an FIR to go after people who pointed out Aadhaar flaws — the results are not going to be pretty.

PS: The headline of this article has been taken from a tweet often used by some Indian Twitter users to highlight the perils of Aadhaar. The full tweet is: "Repeat after me: Aadhaar is surveillance technology masquerading as secure authentication technology."