Legal opinion is tilting against AK Joti-led Election Commission’s move, with many calling it 'unconstitutional' and 'assault on federalism'.

Following the recommendation of disqualification of 20 Aam Aadmi Party MLAs over “office of profit” charges by the Election Commission of India on January 19, we saw even the President of India Ramnath Kovind acting promptly and working even on a Sunday, January 21, to approve the move.

As AAP withdraws the older plea in the Delhi High Court seeking stay against the disqualification recommendation by the EC on January 22, with the intention of filing a fresh petition against the latest move, Justice Rekha Palli allowed the MLAs to withdraw their plea and termed it “dismissed as withdrawn”.

Let’s look at how the legal and political opinion been split on the matter, going on to assess the options that AAP and Delhi chief minister Arvind Kejriwal have before them. The position AAP has been taking is one of being thoroughly victimised by the system, training guns at the EC as "working at PM's behest".

"They are harrassing usFirst CBI Raid, Then Fake FIRs on MLAs, then they tried to Buy us.When everything Failed, Now they are disqualifying our 20 MLAs. But God is with us. Truth will Prevail" : @ArvindKejriwal pic.twitter.com/gF5FEU3tQU

While both the Congress and the BJP have aired holier-than-thou bites on TV and Twitter on the mass disqualification, they have cited the appointment of parliamentary secretaries among the elected legislators as an instance of violation of rules, there are those who have pointed out the fact that no salaries were drawn by the 20 AAP MLAs holding key posts.

The Office of Profit issue came to fore when in the wake of the thundering and unprecedented 67/70 win in the Delhi Assembly on February 10, 2015, CM Kejriwal appointed 21 MLAs as parliament secretaries, on March 13, 2015, saying it wouldn’t be office of profit as no remuneration would be given.

Within three months, advocate Prashant Patel Umrao filed a petition in Delhi HC challenging those appointments, while on June 24, Delhi Assembly once again passes Bill to exclude parliamentary secretaries from the office of profit clause with retrospective effect. On June 13, 2016, the then President of India Pranab Mukherjee sends the Bill back, while Centre returns 14 Bills passed by the Delhi government, including the Office of Profit Bill. On July 14-21, the Election Commission holds personal hearing for the 21 MLAS facing disqualification risk, and in September 2016, Delhi HC sets aside the appointments since the LG didn’t approve them. EC meanwhile sends showcause notice to the 21 MLAs.

In January 2017, AAP MLA from Bawana, Jarnail Singh, one of the 21 MLAs facing disqualification, resigns to contest Assembly polls in Punjab. AAP MLA wins the Bawana bypoll held later in 2017. However, on June 24, 2017, EC rejects pleas of the MLAs and issues notice seeking explanation in October 2017.

On January 19, 2018, EC recommends disqualification of the 20 MLAs and president gives nod on January 21. Delhi HC hears the case and allows AAP to withdraw the old petition seeking stay against the move and gives it permission to file a fresh one.

Several legal commentators and experts have opined how the disqualification by the EC has been a “disproportionate and disturbing” move, with “disregard of due process” that should have called for wider discussions on the constitutionality of the matter. Plus, with Delhi HC setting aside the appointments since the LG didn’t “approve” them, the premise of AAP’s argument before EC was the in any case the matter was void, since the appointments weren’t sanctioned by the LG.

Former Lok Sabha secretary general PDT Achary has asserted that “office of profit” remains undefined in Constitution, and under Articles 102 (1) (a) and 191 (1) (a), any person who holds an office of profit under the government is disqualified from being a MP or MLA. Achary writes: “Two landmark cases – Guru Gobinda Basu vs Shankari Prasad Ghosal [(1964) AIR 254] and Maulana Abdul Shakoor vs Rikhab Chand [(1958) SCR3A7] laid down the basic conditions to determine if someone is holding an office of profit under the government.

One, the government has the power to appoint a person to an office of profit and continue him/her in that office. Two, the government also has the power to remove them at its discretion. Three, when the payment to the holder of the office is made out of government revenues, many SC decisions have emphasised the aspect of pecuniary gain. If pecuniary gain isn’t present, it isn’t an office of profit.” 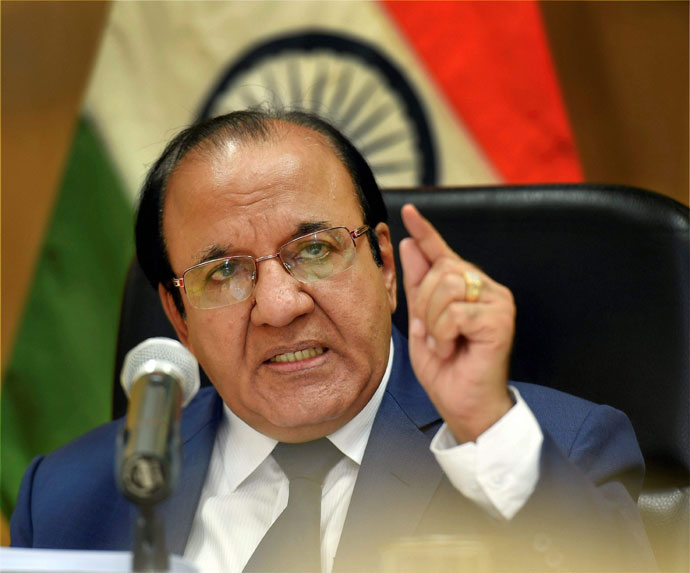 While the political rivals are pointing to the fact that computers and commuting perks were provided and that constituted “office of profit” even as no salaries were drawn, Achary question how can the Election Commission that is an executive body with some quasi-judicial function, “decide on a purely legal issue”?

Achary also states that “the parliamentary secretary is not an office because there is no permanence to it, and it is not independent of the holder”, making the very basis of the disqualification highly dubious.

Achary is supported by similar legal expertise published in 2016, that says no office of profit rule was violated by the 21 AAP MLAs. Moreover, the pending “amendment to the Delhi Members of Legislative Assembly (Removal of Disqualification) Act, 1997, which exempts parliamentary secretaries from “office of profit” disqualification” that awaits the president’s nod is also being seen as something that hasn’t been considered by the EC while making its decision.

In fact, the “Office of Profit Bill” was also passed by Delhi Assembly in 2006 to prevent the Shiela Dikshit-led Congress government from collapsing, and it’s ironical that Congress itself is training guns at AAP for holding the posts that are not even salaried.

Moreover, there’s also the argument about “ratio of malice to legality” in the AAP MLAs disqualification issue, saying what’s being paraded as “constitutional morality” is often becoming a fig leaf for entrenched vendetta politics and bullying via institutions that are supposedly autonomous, but suffer too much from interference by the executive, thereby coming across as plain hypocrisy.

All these points clearly indicate that AAP's fresh petition will incorporate all these observations and will be that much stronger in the court of law, working in favour of Arvind Kejriwal-led party.

In fact, dissidents within the BJP quarter, such as former Union finance minister Yashwant Sinha, has tweeted saying this was a “complete miscarriage of natural justice”, calling it “Tughluqshahi of highest order”.

President's order disqualifying the 20 AAP MLAs is complete miscarriage of natural justice. No hearing, no waiting for High Court's order. It is Tughluqshahi of the worst order.

Similarly, Delhi government’s deputy CM Manish Sisodia has tweeted out an open letter addressed to Delhiites, saying that the Centre is scared of Arvind Kejriwal’s popularity, and therefore have sought to subvert due process and upset the popular mandate by disqualifying the 20 MLAs “unconstitutionally”.

However, all the parties are preparing for by-elections in these 20 Assembly constituencies and given the strength, this would be a mini-election by itself. Although Kejriwal-led AAP government still has 46 seats out of 70, hence a comfortable majority, the moral quagmire on this office of profit issue, seeking the CM’s resignation, has indeed dented the anti-corruption image of AAP and Kejriwal.

Yet, it has been said that this gives CM Kejriwal a golden opportunity to play the victim card and bounce back, playing to the gallery. While AAP won the Bawana bypoll held last year, the fire tragedy in that very constituency has muddied the memories somewhat. There are also allegations that the 20 AAP MLAs were tempted with defecting to rival parties, and that they stood firm, their loyalties with Kejriwal-led party in place.

Let's not forget that part of the offer repeatedly made to these AAP MLAs last summer was that they would be cleared by EC if they defected. Would have worked on Congress MLAs but AAP MLAs stood form. Thus the desperate unconstitutional gambit now. https://t.co/smYgDDHPmh

Evidently, the AAP intends to take the fight to Supreme Court, where a constitutional bench would preside over the matter. However, Kejriwal might also want to reclaim moral ground and his popularity with the Delhi electorate and agree for a bypoll. Either way, AAP would literally be the victim of eroding federalism in India’s polity.